Kilkenny champs Graigue eye Croker, but they know they have mountain to climb 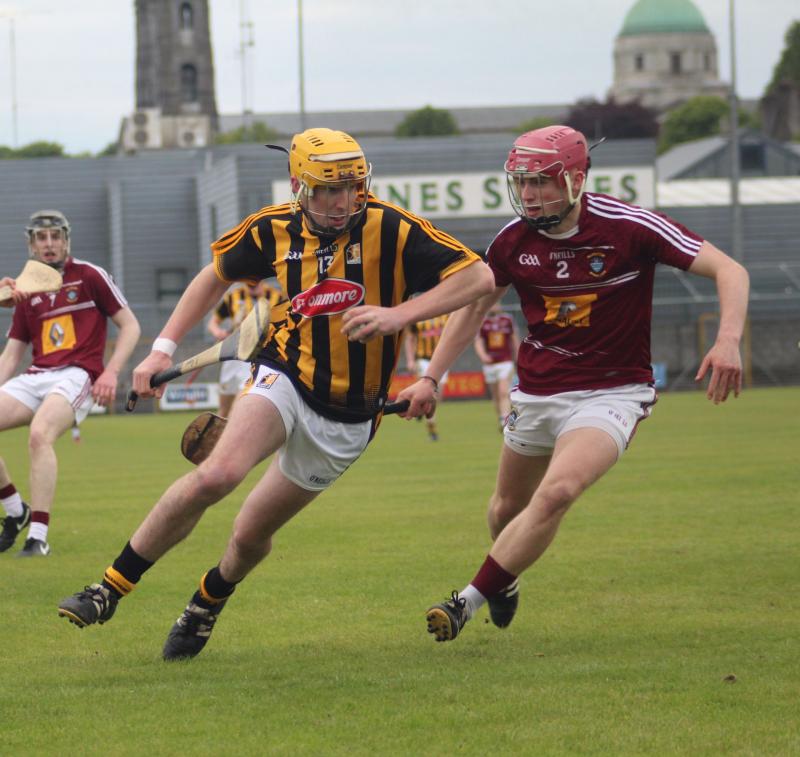 Billy Ryan has been playing well with Graigue-Ballycallan

Kilkenny and Leinster club intermediate hurling champions Graigue-Ballycallan celebrated their duel success in the best possible manner - by scoring another victory.
Hurling life just kept getting better and better for the North Kilkenny outfit during the 2018 season.
They scored a thrilling victory over Tullaroan in the Kilkenny final to regain senior status.
The success over the Portlaoise senior team in the Leinster final that followed was mettle testing.
And then a super hat trick was completed when the under-21 squad won a high class Roinn B final against Bennettsbridge.
The latter success was the pick of the lot in terms of importance according to intermediate team manager, Declan Browne, who has the not so small matter of an All-Ireland club semi-final against Charleville (Cork) in Thurles on Saturday (2pm) to plan for this week.
“Winning the under-21 was more important for the club than winning the Leinster title,” insisted the former Tipperary star.
“ Over the last three or four years we probably should have won the under-21. That was our fourth attempt.
“They are a super bunch involving a lot of our intermediate players, but that win was vital. It was a step forward.
“Winning the Leinster title was great, don’t get me wrong, but winning at under-21 can mean more for the future of the club. It is massive.”
Crack attackers
Some of the younger members of the intermediate team like crack attackers, Aaron Brennan and Sean Ryan, plus Jesse Roberts, Eamon Egan and Tommy Ronan lit up Freshford with the power of their hurling in the under-age decider.
Now all and their colleagues will attempt to bring their A-game to Thurles on Saturday against Charleville, who beat Lixnaw, Kerry (1-17 to 0-11) and Feakle, Clare (2-20 to 1-20) on the way to winning the Munster championship.
A 63rd minute Darren Casey goal secured Charleville victory in the final after they overturned a 10 point interval deficit.
Their All-Star hurler, Darragh Fitzgibbon scored 0-9 and turned in a powerful second period as the Leesiders mixed pure class with a dogged attitude
Mr Browne, who represented Ireland against Australia in the 2003 and 2004 International Rules series, said it was great to be back in action and to be looking forward to the All-Ireland semi-final.
“There is a great chance for the lads to get to Croke Park for a final with their club,” he reminded. “That would be huge.”
The final is in Croker on Sunday, February 10 against Oranmore-Maree (Galway) or St Galls (Antrim).
“Right now the semi-final is the only game,” he insisted. “If there is to be a final that will look after itself for whoever is in it.
“You have to keep your eye on the ball. The records give loads of example of teams being caught by not tuning in properly to the job they are doing.
“We are underdogs all the time, and it will be the same on Saturday.”
Graigue had one collective training session over the Christmas period to maintain a fitness level that was strong after a long season.
They picking up things over the last few weeks, and they are looking forward to playing in Semple Stadium, which will be a first for a lot of the squad.
“The message to the players was go and enjoy yourself,” he said of the attitude to the Christmas break. “We trust them, and we get that trust back in spades.”
He insisted the players, all the players, were hungry, mad for hurling and consequently it was easy to get them back on track after the break.
Because the players were in such good physical condition, the objective now was to get as much hurling as possible into them.
Graigue have taken note of Charleville’s strengths and weaknesses, but they reckon if they can get their own game right they can make life difficult on any opposition.
So it proved in Leinster, when Graigue grew as a team and fighting unit as they saw off Celbridge (Kildare), St Mogue’s (Fethard) and Portlaoise in the final.
Along with the exciting form of the younger players, old hands like Eddie Brennan and James Ryall have been on top of their game also, as have the likes of Billy Ryan, Conor Flynn and deadly score getter and free taker, Conor Murphy.
“No matter how good or bad the opposition are, if we are not ready we won’t do ourselves justice,” Declan insisted. “We control the factors we can.
“It is a big day for us, but you can’t let it get too big. Your county final is massive. Your provincial final is massive.
“This is another step, but the prize is savage,” he continued. “The chance to get to get to Croke Park is special for any player.