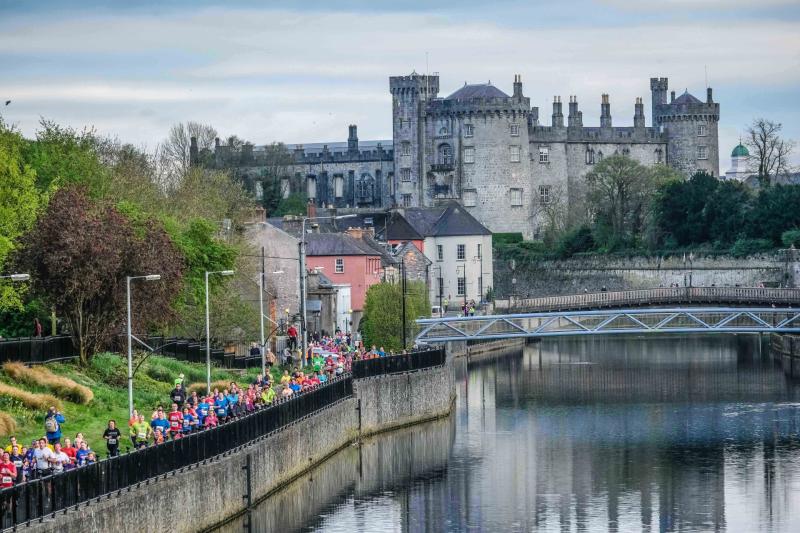 The Streets of Kilkenny 5K has become a popular event in the Marble City PICTURE: PAT MOORE

Runners will have an extra pep in their step this Easter after news that a popular local 5k race has been upgraded to become part of a national series.

The Streets of Kilkenny, which has gone from strength to strength in just two years, is set to grow in stature by being included in the KIA Road Race Series for 2019. The nine-race Series will give athletes the chance to take on a series of challenges across the country.

The male and female Series winner will get to use a new Kia Stonic for a year. There is also an added extra of €9,000 bonus funds on offer for course records across the nine events, as well as cash prizes from host clubs.

This year will also feature a Masters Series, where the top male and female athlete in the Masters (over-40) category will also win a trip to the 2020 European Masters athletics finals.

Earning a place on the Series is a major coup for Kilkenny athletics and is sure to see the number of participants rise again - close to 700 people registered for the 2018 offering.

Organised by Kilkenny City Harriers, the Streets of Kilkenny is held on Holy Thursday, which this year falls on April 18. The race sees runners tackle a two-lap course of the city centre, traditionally starting on St Francis Bridge. However, there is talk of a new course this year. The current record holder is East Cork athlete Michael Harty, who set the fastest time of 14:43 last year, beating Eoin Everard’s time of 14:46 from 2017. Siobhan O’Doherty holds the women’s record of 17:22.

Adding the Streets of Kilkenny to the calendar brings the number of Kia Series events to nine for 2019. First held in 2018, the Series featured seven events across Ireland before finishing with the Mondello International 10k.

The Streets of Kilkenny will be the first of four new events to feature in the Series. Also new are the Edenderry 10 mile in July, the Castlepollard 5k in Westmeath in August and the series closer, The Lakes 10k in Wicklow, on September 7.

The Series will be run on a league format, with each participant’s best five results deciding their overall final position.