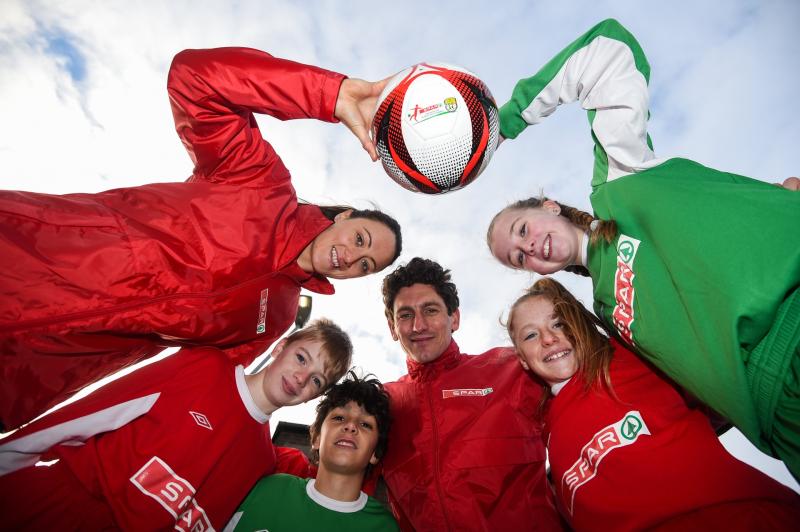 Kilkenny schools have been called to join the largest primary schools football programme in Ireland.

Kilkenny schools have been to the fore in the competition, with 27 signing up to the 2018 edition of the programme. Kilkenny School Project from Springfields was the last school to make it all the way to the National Finals when they finished an impressive third in the girls ‘B’ cup for medium sized schools in 2017.

Open to boys and girls from fourth, fifth and sixth class, the emphasis is firmly placed on fun, inclusivity and fostering a passion for physical activity. SPAR, in its fifth year as supporters of the FAI, are looking to surpass 2018 participation figures when a record 1,528 schools and 31,728 children don their sports kit to take to pitches and fields around the country.

Registration for the programme will close on February 15, with county blitzes kicking off at the end of February. Schools can sign up online at www.fai.ie/primary5. Winning schools progress from county level to regional then provincial finals, with a lucky 24 schools making it all the way to the National Finals, which will be held at the Aviva Stadium on May 29.

The SPAR FAI Primary School 5s Programme is an initiative organised by the Football Association of Ireland Schools (FAI Schools). SPAR recently renewed its support of the FAI and the SPAR5s programme until 2021, support which has been in place since 2015 and has seen participation figures grow year on year to become the largest primary schools competition in the country.

The number of schools signing up for the participation programme has jumped from 1,064 in 2015 to 1, 528 last year, benefitting thousands more children in the form of encouraging a healthy and active lifestyle. Particularly pleasing for SPAR has been the increase in the number of girls getting involved - 40% of participants are now female.

"The SPAR5s is a programme we are very proud of, that, as its essence, encourages children to get involved in sport and develop a love for football and physical activity and perfectly complements our SPAR Better Choices message," said Colin Donnelly, SPAR Sales Director.

"Each year we are inspired by the enthusiasm and passion shown by students and teachers taking part in the programme which has helped to drive participation levels well over 30,000. We are looking forward to working with schools and communities in Kilkenny to further elevate the stature of the SPAR FAI Primary School 5s Programme."