Winning young tigers showed all in Dunnamaggin the way to victory 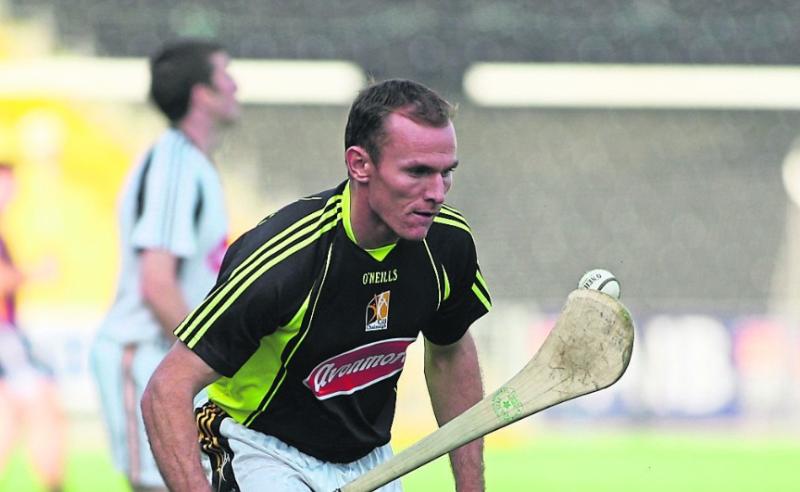 The young players who helped Dunnamaggin score a win against the odds in the Roinn B minor hurling championship final of 2017 showed all the sort of gritty spirit that was needed to succeed, according to the club’s most decorated player, Noel Hickey.
The nine times All-Ireland senior medal winner referenced that championship and decider against Mullinavat when attempting to explain how and where Dunnamaggin found the winning effort in Sunday’s ultra competitive All-Ireland club junior hurling semi-final against Cloughduv (Cork).
Kept battling

The semi-final in Dungarvan was a marathon and cracker. It went to extra-time, after which Dunnamaggin won by 0-23 to 2-16 to claim a place in the final against Castleblayney (Monaghan) in Croke Park on Sunday, February 10.

“We won the minor Roinn B championship in 2017,” a beaming Hickey recalled. “During the campaign the players were losing matches, but they kept battling.
“They won matches they had no right to win.
“We got back up from junior to intermediate last year, and the young players brought that spirit with them into this squad. Their attitude, you could say, showed us all the way.
“We went a point down today with time almost up, but we didn’t give in even at that late, late stage.
“It was just a dogged battle the whole way,” added the former Kilkenny full-back.
Hickey admitted it was “a brilliant feeling to be going back to Croke Park” on February 10 for the big decider.
“I never thought I would be back there again when I retired with Kilkenny,” he said as a broad smile became even broader.
“But look, as I said to the boys before the game, you might only get one chance to do this.
“It was great to win the county final, and now this. For me, I have been there in Croke Park. But for the others who haven’t, and all the people in the club and parish, it is going to be a great day. Hopefully we can win the final.”
Inspiration
In his own quiet way, Hickey offered inspiration to the rest of the players.
He missed the Kilkenny semi-final with a bad hamstring injury. The hamstring began to tighten up during the first half on Sunday, but he wouldn’t give in to it.
“I kept going,” the 38-year-old laughed again. “If it gave up in the second half, so be it.”
Hickey felt Dunnamaggin played well in the first half, but their six points lead at the break, as ever in hurling, was nothing.
“When Cloughduv came back strongly in the second half it was hard to hold them,” he admitted. “When they scored their second goal we were a point down. Fair play to the lads, they kept their heads and found the equalising score.
“This is brilliant, brilliant. When matches go like that you dig into some part of the body or mind, you don’t know what, to survive. That is what we did.
Drained
“The result could have gone either way, but thankfully we got through.”
Team manager, Eamon Kennedy, was drained after the effort, and he described the game as a “great tussle”, a typical give it your all Kilkenny versus Cork match.
“Fair player to our players, they were great,” he insisted. “Fair play to Cloughduv. They were with us the whole way through and they nearly stole it in the end.
“It was tough, tough going in extra time and we were the lucky ones to be in front at the end.”
The former Kilkenny All-Ireland medal winner said they were delighted to win the ticket to the Croke Park final.
“I don’t think the people of Dunnamaggin ever thought we would get a chance to play in Croke Park. Now we are there,” he enthused. “It is a great feeling.
Hard won
“That was a hard won game. That has to lift the players for the All-Ireland final.
“We had a tough Kilkenny championship, and we were playing at under-21 level up to a few weeks ago.
“We are asking a lot of this group of players. Some are involved with St Kieran’s College and Third Level colleges, so it is not easy.
“We keep asking a lot of them, and they keep giving. Now we have a huge challenge ahead of us, and we will take it on.”