Highview have that high, high feeling in top Kilkenny league 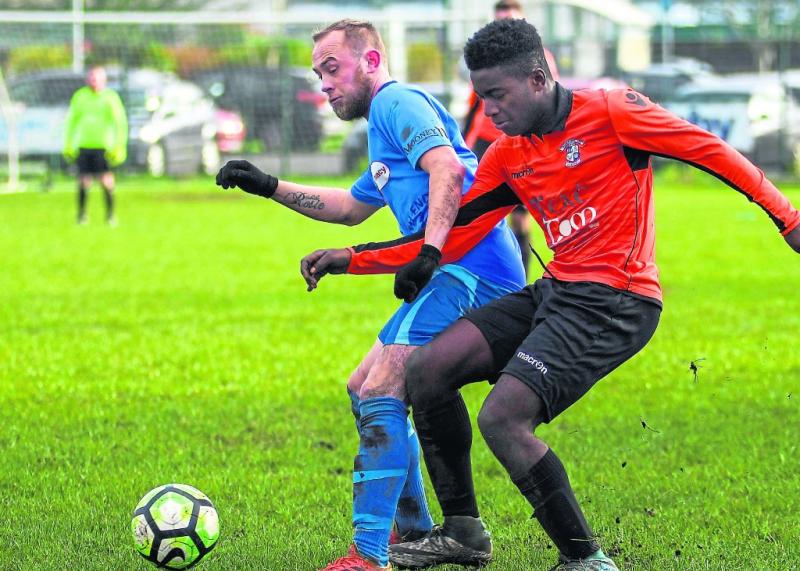 Highview Athletic are now top of the Kilkenny Premier Division.
The Graignamanagh side pulled themselves clear in the top flight but had to do it the hard way with a comeback win against Fort Rangers.
Spurred on by their win over the previously unbeaten Thomastown United a week earlier, Athletic were intent to capitalise on that result at Buckley Park.
However, Fort failed to read the script – Jack Walsh struck to give the home side the lead, which they held until half-time.
Rangers continued to hold the upper hand until the game ticked into the final quarter.
That’s when Highview made their move. Murty Broaders drew them level with a 70th minute effort, before Mitchell Maher bagged an 83rd minute winner to send Dean Broaders’ men to the top.
Elsewhere Clover United continued their good start to 2019 as they beat Deen Celtic A 2-1 in Castlecomer.
Ross King and Steve Finan were on target for the Rathdowney men, who made it three wins from three on Sunday.
The return of King has certainly helped Clover’s resurgence in form – he has scored four goals in three league games for a United side who had previously just earned two points from their first seven outings.
That run of results has taken Clover from rock bottom to fourth in the table.
Division One
The champagne may be on ice, but Bridge United A are all but certain of playing Premier Division football next season.
The Goresbridge side took a huge step towards the top flight when they beat Thomastown United B 3-2 in a thriller.
The league leaders made it nine straight wins but didn’t have it easy. Josh Lynam put them one up, but Sean Brennan quickly made it 1-1. Chris Kavanagh edged them ahead again, but a stubborn Thomastown hit back when Brennan grabbed his second.
A draw looked to be on the cards, but Sean Murphy made sure all three points stayed in Goresbridge with the fifth goal of the game.
With two games left to play Bridge are now 11 points clear of second-placed Freebooters B, who have four games in hand. Their last remaining games are against Stoneyford United and ’Booters – the only side to beat Bridge in the league this season. One more win could be enough to send them up.
Division Two
Newpark A experienced a strange feeling at the weekend – defeat.
After eight straight wins the city side fell to their first loss of the season as Freshford Town A scored a 1-0 win at the Fen on Sunday morning.
Michael Farrell got the all-important goal that sealed all three points for Town and, in doing so, gave the chasing pack hope in the promotion race.
East End United cemented second place when they beat Castlewarren Celtic 2-1 at Scanlon Park. Mick O’Neill and Paul Murphy got the goals for the Bennettsbridge side, the result giving them their third win on the spin.
East End are two points behind Newpark, albeit having played two games more. That two-point gap is the same back to Ormonde Villa, who stayed third thanks to a 2-1 win away to River Rangers.
Division Three
Goals were the order of the day in Division Three, where three games yielded 20 goals on Sunday.
Bridge United B grabbed their fair share of them as they beat St John’s 4-1.
Two goals from Jason Holden, plus one apiece for Eddie English and Kevin O’Neill, gave United the win that kept them four points clear of second-placed Paulstown 06.
United are still unbeaten after 10 games, having secured eight wins and two draws, and made it six straight wins with Sunday’s result.
Highview Athletic B missed the chance to close the gap on Paulstown when they were held to a 3-3 draw by Newpark B.
The biggest result of the weekend saw Freshford Town B edge Deen Celtic B in a nine-goal thriller, Town winning the game 5-4.
Scorers for the victorious Freshford side were David Weedy, Rickie Burke, Shane McGree, Jonathan Doheny and Fintan White.
Their first win after three straight losses, the result saw Freshford leapfrog Celtic at the foot of the table.
Leinster Junior Cup
The Leinster Junior Cup offered no joy as the last two local clubs bowed out of the competition.
While Freebooters went down 1-0 at home to Wexford’s North End United, Evergreen suffered their second defeat of the season to Ayrfield United.
The Dubliners, who beat the Kilkenny side 2-0 in the Leinster Senior Cup earlier this year, made it a double with a 2-1 win on Sunday afternoon.
The game didn’t pass off without a whiff of controversy, however.
Chasing a one-goal deficit Evergreen thought they had levelled the match when Jamie Owens got on the end of a Sean Barcoe flick-on, but the ‘goal’ was chalked off as the linesman ruled the ball hadn’t crossed the line.
It was the final point on a wretched day for Gary Maher’s side, who started slowly and found themselves two down inside the opening half. Alan Connors gave the home side the lead before Conor Young doubled their advantage.
Evergreen fought to get back into the game, going close with a Decky McQuillan free, but they didn’t make the breakthrough until after Connors was sent off for a second yellow card.
Pressure on the 10 men paid off when Jamie Owens pulled a goal back from the penalty spot, but there would be no late Evergreen comeback this week, despite the controversial ending.