Champions Kilkenny get defence of League off to flying start 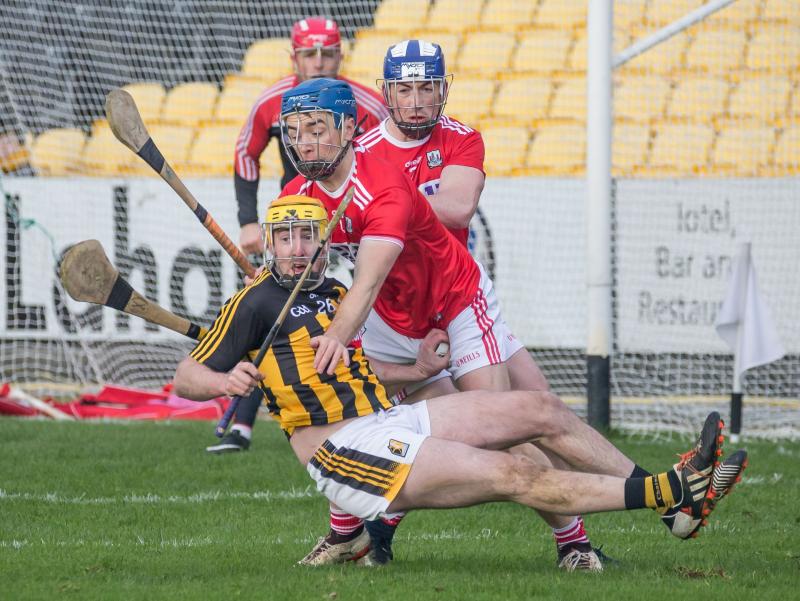 Kilkenny were on top of their game at Nowlan Park today and they got the defence of their National Hurling League crown off to a flying start when out-gunning Cork.

The visitors just weren’t given a look in during the closing half as they were out-scored by 1-10 to 0-7 as Brian Cody’s men showed a huge appetite for work and closed down the opposition at every turn.

The Leesiders rarely threatened the home goal. Their first chance of a big score arrived on the hour when top scorer, Patrick Horgan, was put through by Declan Dalton. But the Glen Rovers man found home goalie, Eoin Murphy, in deadly form and the Glenmore man brought off a fantastic save to prompt the biggest cheer of the afternoon from the crowd of 8,274.

“It is early in the season and both sides made some mistakes, but we were happy with the the way the players worked for what they got,” said Kilkenny manager, Brian Cody.

The game never produced fireworks as both sides were cautious in how they used the ball. Cork employed the short ball, short passing game but they never threatened that much.

Three times the scores were level during the opening 18 minutes. The last time was at 0-4 each.

Kilkenny shot in front for the first time in the 20th minute when free taker, Kevin Kelly pointed. He then doubled the advantage when punishing a foul on Billy Ryan.

The big score of the half arrived in the 27th minute. It was a goal from Richie Leahy, who flicked the ball home from the edge of the square at the country end after Kelly and Ryan had worked the ball through at pace.

The teams exchanged points per John Donnelly and the excellent Cormac Murphy within a minute of the restart. Kilkenny missed two likely chances from frees after that, but then they struck for home with a quick fire burst of scores.

Within two minute they grabbed 1-1. Billy Ryan picked off a lovely goal after fielding a high delivery from James Maher, and then Maher added a point to opened out a lead of 2-10 to 0-11.

Cork got nothing from the excellent Kilkenny half back line of Conor Delaney, Paddy Deegan and Enda Morrissey, and really their only chance to get back into the game died when Murphy defied Patrick Horgan’s best effort for a goal on 60 minutes.

Kilkenny are away to Clare next Sunday.