Ballygunner have edge in experience on Shamrocks, but...... 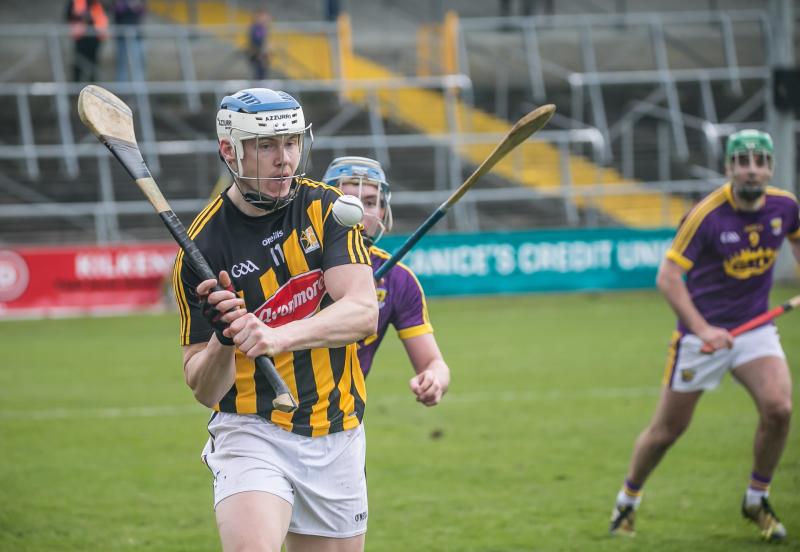 Kilkenny kingpins, Ballyhale Shamrocks and Ballygunner (Waterford) face a huge challenge as they attempt to recover the high level of performance they signed off with in victory in their respective provincial championships when they measure up to each other in the All-Ireland club senior hurling semi-final.
It is 10 weeks (December 2) since the Cats blew away Ballyboden St Enda’s (Dublin) at windswept Dr Cullen Park, Carlow in the Leinster final.
Ballygunner’s excellent victory over former All-Ireland champions, Na Piarsaigh (Limerick) in the Munster decider was way back on November 18, all of 12 weeks ago.
The All-Ireland series is a separate entity, a new competition. But with momentum breaking intervals like that, Saturday’s semi in Thurles (5pm) could come down to who can go closest to recovering last season’s high end late form as they bid for a place in the All-Ireland final in Croke Park on St Patrick’s Day.
Shamrocks, six times winners of the national title, are bidding to qualify for what would be their first All-Ireland club final since 2014/15.
The Suirsiders are attempting to get through to their first final, although they are the dominant club on the home front having completed the five in-a-row between 2014 and 2018.
“It is a massive, massive challenge,” insisted former great, Henry Shefflin, the Shamrocks manager, when he sized up the twin challenge of the class opposition and the long break. “We went on a bit of a roll.
“We got a bit of momentum and were going well. We would like to have kept going. That wasn’t to be the case. You wonder how people will react to the break and how the team will come back.
“That is part of the challenge for us, the management team as well as the players,” the 10 times All-Ireland medal winner felt.
Shamrocks got a bit of a fright in the Kilkenny semi-final when they needed a late goal from wing-back, Evan Shefflin, to save them from defeat against Erin’s Own (Castlecomer). They recovered smartly and were much more assured in the county final against Bennettsbridge.
They carried their good form and showed improvement during the Leinster championship against Naomh Eanna (Wexford) and Ballyboden.
Shefflin and his management team of Tommy Shefflin (his brother, the team trainer), Patrick Phelan and Richie O’Neill have a nicely balanced squad. There is an experienced spine to the team with Joey Holden, Michael Fennelly, TJ Reid and Colin Fennelly manning the central positions.
And there is a bevy of talented youngsters like Brian Butler, the Mullens’, Darren and Adrian, Eoin Cody and so on who give the team a nice balance. Shamrocks are born winners, and the young bucks retained the Roinn A under-21 championship in 2018 after a terrific county final in December against O’Loughlin Gaels.
“They took real confidence from winning the Kilkenny championship,” Shefflin insisted when he looked back on the high point to date of his first season as boss.
The pressure was off the younger players, and they really expressed themselves in the provincial matches.
The escape against Erin’s Own may have been a factor. The players learned that day that you always had to keep going, keep trying. Shefflin liked that they didn’t drop their heads, and they kept chasing, chasing, chasing.
“The days when things are going badly for you, that is when you experience the real test of character,” he offered. “We know fully this is going to be a massive test. This is an All-Ireland semi-final. You expect nothing less.”
Ballygunner have seen off Midleton (Cork; 1-18 to 2-13), Ballyea (Clare; 2-26 to 2-23) and Na Piarsaigh (2-14 to 2-8).
They too have a strong backbone to their team, with Stephen O’Keeffe, Barry Coughlan, Pauric Mahony, scorer of 1-6 in the Munster final, Philip Mahony and Brian O’Sullivan among the array of players of substance and quality.
Shamrocks will enter the fray with all hands on deck. A couple of players are nursing knocks, but club physio, Robbie Lodge, is said to have things in hand and all should be available for duty.
Shamrocks started training last year in early February - they were one of the last in Kilkenny - and here, 12 months later they are still going. The squad was given a break from collective training over the Christmas holidays, although every player was given a personal programme to follow just to keep things ticking over.
Four challenge matches have been played to help sharpen up everyone since the group got back together on January 2.
“The lads are really looking forward to it,” Henry Shefflin assured. “There is a nice bit of excitement building around the community too.
“When we started this time last year, we didn’t think we would be still here. You have to cherish these opportunities when they come along. The lads are doing that.”
Management were thrilled with the under-21 win that followed the end of the Leinster campaign. They know the players take positives from winning such matches.
“That win rounded off the year very well for the club, just a few days before Christmas,” Henry felt. “O’Loughlin’s pushed our lads all the way. It was a quality match for the time of year and the win was great, a marvellous year for the young players.”
He felt the young guns were learning fast, and the experienced players around them were showing huge leadership.
“Ballygunner are a very experienced team, and the semi-final is going to be massive,” Shefflin said. “Munster is always a minefield, a serious competition. Ballygunner have been knocking on the door for five years.
“The heart, the desire, the application and quality has always been there. They kept coming back. Beating Na Piarsaigh in the final was very impressive. In some ways they are similar to ourselves, although their age profile would probably be a bit older.”
If Shamrocks are to win the ticket into the final, it will take them all their time. Ballygunner are viewing their prospects in the same light. Toss a coin!