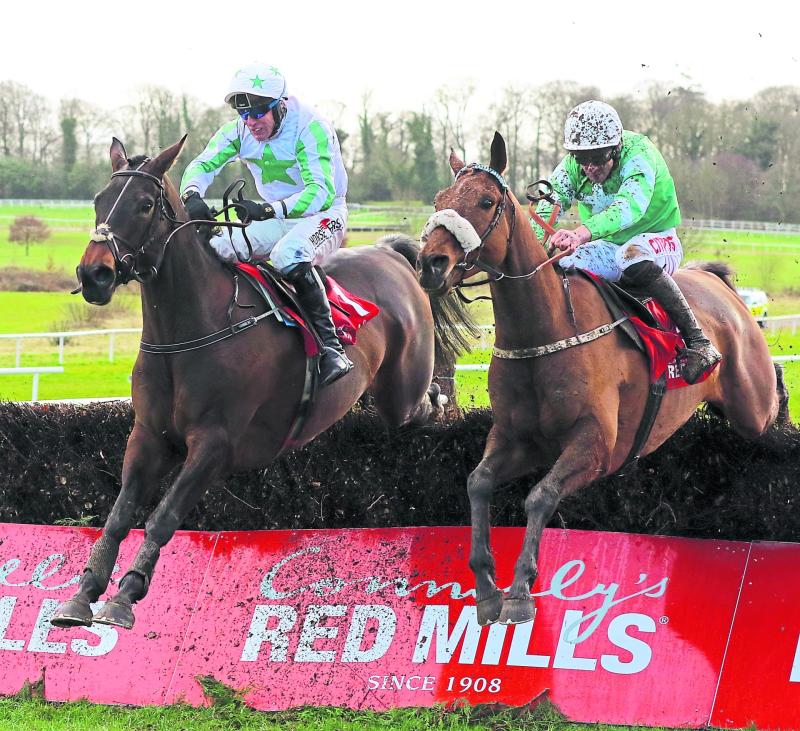 Trainer Tony Martin has confirmed Anibale Fly on course for the Grade 2 Red Mills Chase at Gowran Park this Saturday.

The Meath-based trainer been forced to miss some intended engagements with his stable star due to the ground being unseasonably dry but is looking forward to getting the Gold Cup third back on track this weekend.

"All going well Anibale Fly will be in Gowran Park on Saturday," Martin stated. "We've had to be patient with the ground but it looks like it should be plenty safe for him in Gowran. It's all systems go at the moment.

"He ran in the Hilly Way at Cork and it was a nice run but the extra half mile should make a big difference to him and be a help. It's important to get a run into him before Cheltenham and we were running out of options. 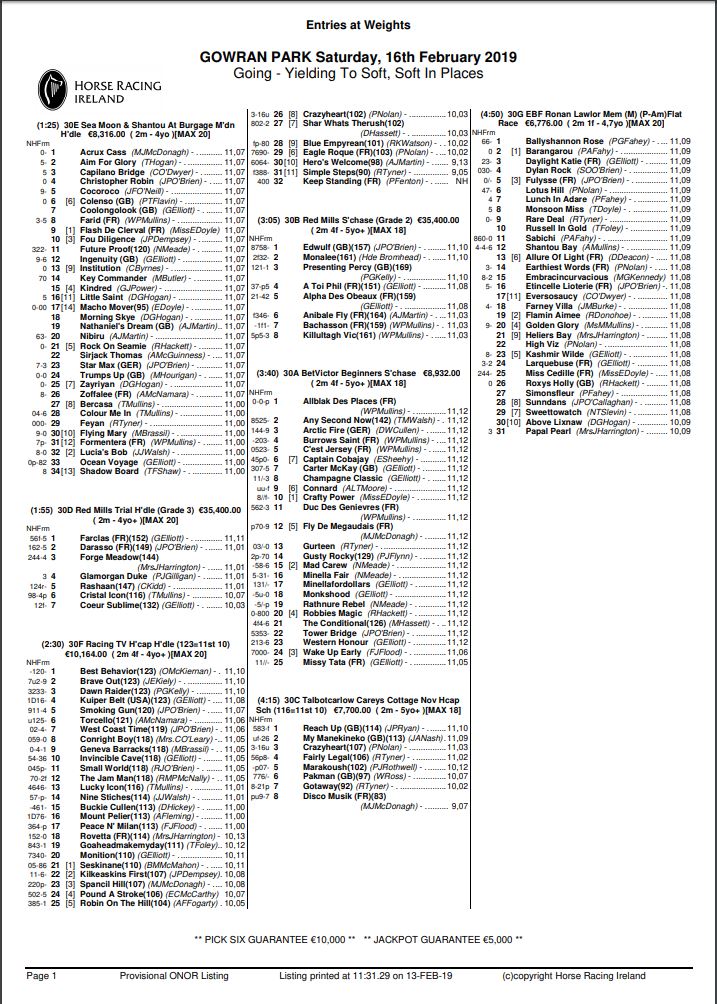 "He's a top class horse and what he did in Cheltenham in the Gold Cup last year was a great performance so hopefully we can try and get him back there again next month."

Eddie Scally, manager of Gowran Park Racecourse, is excited to welcome another bumper crowd and the track will also host the ITV cameras for the first time.

"It's massive for Gowran Park to be welcoming the ITV cameras for the very first time and the Red Mills Chase is going to be the highlight of their show so it doesn't get much better than that."

Further details ahead of Saturday's fixture can be found on www.gowranpark.ie