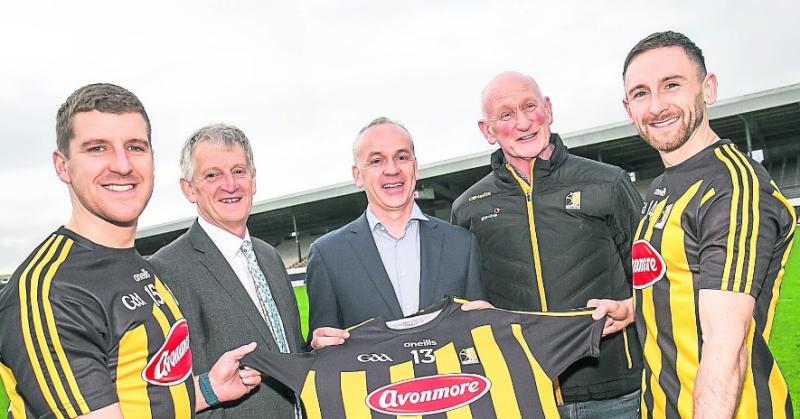 Nowlan Park is set to stage a hurling feast on Sunday between the current champions, All-Ireland and National League.
Visitors Limerick have kicked on smartly after last season’s epic journey through the championship, and they are unbeaten after two rounds of Allianz National League. Their early season form would suggest they will make a bold bid to hold on to the MacCarthy Cup.
Opponents Kilkenny, the League kings, have a 50% strike rate in the competition after winning their first match against soft punching Cork and then losing to a much more physical Clare team in Ennis.
Real test
The visit of Limerick is a real test, a great game to be getting according to Kilkenny manager, Brian Cody, when speaking at the launch of a new three year sponsorship deal between Glanbia and Kilkenny GAA.
“Limerick are the All-Ireland champions, so it’s a terrific game to be coming to Nowlan Park for hurling supporters everywhere, not just Kilkenny,” Cody insisted. “Their performances in the last couple of weekends have been top class. They’re going very well.
“It’s a great game for us as well to look forward to,” he added.
The James Stephens clubman said Limerick were hugely impressive and were deserving All-Ireland winners last year.
“They’re a top class team with an age profile to give them magnificent hope to be there for quite a while,” he continued. “Their form is outstanding and we’re looking forward to the game because we’ll be playing the best team in the country.”
He said he was impressed by what he was hearing from Limerick people on the ground about the way the players were handling the All-Ireland success.
“People are proud of everything about them,” he continued. “It’s hugely important how you represent the county, and obviously they’re doing it very well.”
He said he was hoping to have former All-Star Walter Walsh available for selection after injury. Padraig Walsh made his return against Clare after a knee injury, but he wasn’t so sure that former Player of the Year, Richie Hogan, would be ready to go.
The Danesfort man is troubled by a back injury. There is hope, but no player will be risked if he has an injury, Cody insisted.
Ruled out
Definitely ruled out are Dicksboro pair, Cillian Buckley, the team captain last year, and Bill Sheehan. The former had surgery some time ago to correct a long standing knee injury, and while he is making progress, the manager could give no timeline on a possible return.
Sheehan will be out for months after having surgery to correct a hand injury.
Cody views on Kilkenny’s strong effort last season against Limerick in the championship were interesting. While his side was in a good position coming to the end of the game, Limerick’s response was very serious and they closed it out well.
“The way I see this year, the championship and the League, there are seven or eight teams there who’ll be saying ‘we’re definitely in the mix to be there at the end of the year and any of those teams can beat any of the other teams on a given day,” he suggested.
“Obviously as All-Ireland champions Limerick are entitled to be considered favourites, absolutely. That’s the way it always is, but will they see themselves as way ahead of the posse?
“No they won’t. That’d be the sensible thing.”
The throw-in at Nowlan Park is 2pm.