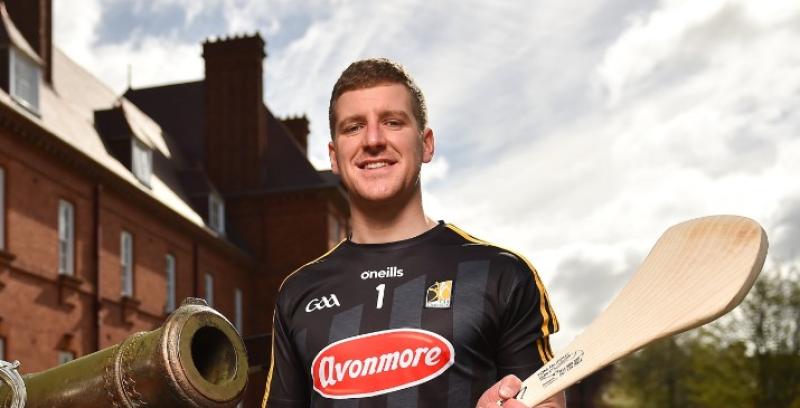 Players won’t survive and thrive in the modern game unless they bulk up, but at the end of the day a good application to work is an absolute must.
And players have to be prepared to take on roles that may not suit, or that they may not like, if they want to contribute to ‘Team Kilkenny’ star goalie, Eoin Murphy has suggested.
The All-Star goalie from Glenmore has been part of the Kilkenny squad since 2011, and right now he appears to be at the height of his game.
“It is a great place to be if it’s what you want,” the 28-year-old said of his place in the Kilkenny squad when we spoke at the Glanbia sponsorship launch. “I want it. I have always wanted it.”
High expectations
Eoin said there were always high expectations in Kilkenny. This year was no different. As current National League champions, and with a serious engagement against All-Ireland champions Limerick in Nowlan Park on Sunday (2pm), he felt there was an onus on Kilkenny to perform.
“The League is a trophy, and we would like to hold on to it if we could,” he insisted. “There is no better feeling than winning. Losing is a bad habit to get into. Winning is a great help to the confidence of young players.
“If they are part of a winning team they can really feel they belong; it can bring about the world of improvement. I saw the feel good factor and buzz, especially with some of the younger players, when we won the League last season. It was a huge plus factor.”
Breeds confidence

Winning breeds confidence, the four times All-Ireland medal winner felt. He said if Kilkenny can produce a few decent performances, even if they don’t win the League, players will get a good injection of confidence.
And getting used to the short and fast run of game in the League was very helpful, because the Leinster championship was now run along the same lines.
We wondered aloud what was the most difficult thing for a new player coming into the squad, the lack of experience or bulk?
“It can be a mixture of both,” Eoin offered. “You could be the best hurler in the world, but if you can’t cope physically you could be lost.”
He said he has seen the shape of players’ bodies transforming when they join the squad and followed the structured programme laid out for them. Building up muscle and strength takes time, but it is a requirement in top level hurling today.
He referenced the size of the Clare players, who Kilkenny faced two weeks ago. Galway have huge men involved too, and Limerick, although the players are relatively young, look imposing physically.
“The core values still don’t change,” Eoin added quickly. “You have to have a serious work ethic. If you are the best player in the world and you are not prepared to work as a team player, to chase down opponents, or at some time during a game take on a role you may not be comfortable with, then you might not be useful to the Kilkenny set up.
“At the end of the day it all centres around hard work,” he added.
Eoin said he was looking forward to crossing hurleys with Limerick on Sunday.
“It will be good for us to measure ourselves against them,” he insisted. “If we are to have realistic ambitions for the season we have to be able to beat or be close to teams like Limerick.
“They are the All-Ireland champions. That is the kind of team you want to pit yourself against.
“The result won’t make or break us, but a good performance from us would be a huge help going forward. A tight game could give lads great confidence going forward.
“You see more of players when games are tough and there is a bit of meaning and value to them. I think there will be value to this game on Sunday. Limerick are the form team, but we are at home and we don’t want to be beaten in Nowlan Park.”