Kilkenny have no idea when Buckley will be fit to return

Shefflin never had to look for guidance, insists Cody on former county star 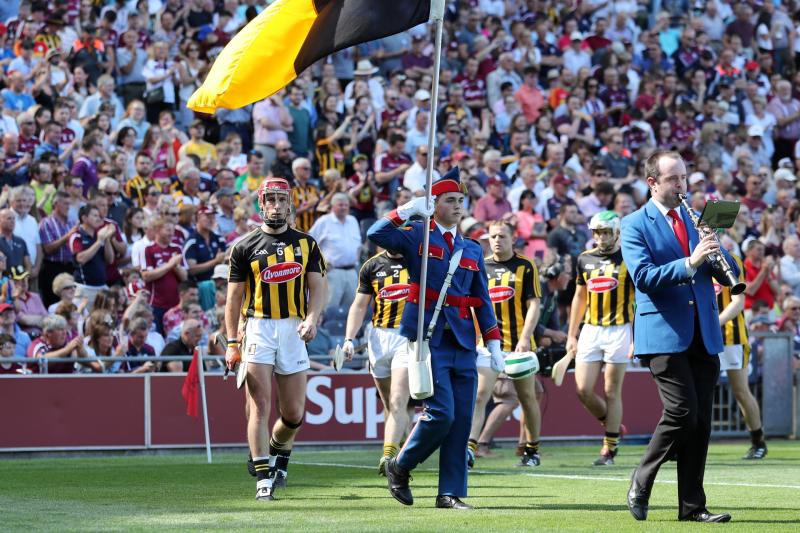 Kilkenny have no idea when captain of last season, Cillian Buckley, will be fit to resume his inter-county career.

He played one match with his club during the 2018 season, but a knee injury, which required surgery, has left him sidelined and a return to action is nowhere in sight, apparently

That was the news from Kilkenny manager, Brian Cody, when speaking in Nowlan Park today at the launch of a new three year sponsorship deal between Kilkenny GAA and Glanbia.

“Cillian is out at the moment,” Cody said when running through the injuries in the Kilkenny camp. “I can’t put a time frame on when he might return.”

He said towering attacker, Walter Walsh, who has yet to make his season’s bow, was pretty much ready to get back. Padraig Walsh got a bit of game time last week against Clare, and he came through without any problems.

News on former All-Star Richie Hogan, who is nursing a back injury, was that he has “a nice bit done but just a small bit more is needed.”

The manager revealed that young attacker, Bill Sheehan had surgery on a wrist injury, so he will be out for another couple of months.

“There’s a different demand, and even a slight injury now it’s hard,” added Cody when referring to the all go games programme at this times of the season. “Before if a player even had a hamstring there was a bit of time, a chance to get them back in a few weeks. Now a few weeks could mean missing three or four matches.”

Tomorrow in Thurles, former county star, Henry Shefflin will manage Ballyhale Shamrocks in the All-Ireland club senior hurling semi-final against Ballygunner (Waterford), and Cody was asked did he always see Henry as a manager in the making.

“He was a leader on the field for us, a leader in every single way,” insisted the man who was the manager for all of Shefflin’s 10 All-Ireland wins. “He wasn’t necessarily a player who’d be shouting and roaring in the dressing-room, but he spoke with authority and spoke with sense as well.

“He understood exactly the qualities which were needed. Of course he knew the importance of the work and the selflessness required. He epitomised that. The respect he would immediately garner in any dressing-room, his knowledge of the game, and his personality were crucial to the whole thing.

“He has a huge amount to offer. He’s on a good run and we’ll see how they (Shamrocks) go.”

When asked did Shefflin ask him for any pointers when going into management, he replied with a wry smile: “I was going to check with him for some advice. He doesn’t need advice.

“His hurling brain was supreme, he never had to look to the sideline to be told to do this or that. If he saw something that needed to be done, he’d do it.”