Kilkenny's trip to Ennis to play Clare didn't produce all bad news, despite the result 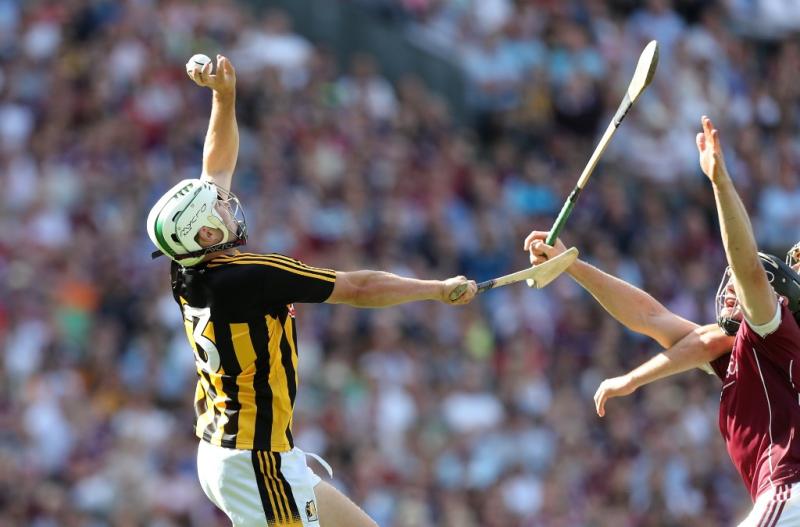 Padraig Walsh made his return to the Kilkenny team

Kilkenny could have done with the rich talent that is TJ Reid in Ennis on Sunday. Obviously.
They could, almost equally obviously, have done with Colin Fennelly, among whose main strengths is the ability to get hold of the small roundy rimmed thing and hang on to it.
They could above all have done with the man who in terms of stature is, well, above all. Walter Walsh.
You know the old saw.
“He may not score much, but he’ll break the ball for someone who will.”
The line may have been uttered with Walter in mind and it sprang to mind on Sunday. Whatever the Tullogher Rosbercon man would have done with the sliotar in scoring terms, he’d have won it and turned and run at the Clare defence and scattered opponents and laid off passes to colleagues.
Exactly what none of the forwards on the starting Kilkenny XV, give or take John Donnelly at times, managed to do.
Viewing it in that light, a one-point defeat – and yes, Kevin Kelly’s beyond-late goal gave the scoreline a flattering look – was no bad outcome for the visitors.
Clare were at least four points a better team; it wouldn’t be pushing it to hold they were six or seven points better and when they hit top gear early in the second half it appeared like their visitors might be in for a hammering.
But Kilkenny did what Kilkenny have done time and time again under Brian Cody.
Display of spirit
They kept plugging away. It’s the first thing he looks for every day and it’s the main thing he’ll have taken away from Cusack Park. The display of spirit. Yet again.
The match helped put the previous week’s win against Cork into proper perspective.
Cork are a nice team to watch and an even nicer team to play against.
We knew that anyway and we saw it first hand at Nowlan Park. Kilkenny didn’t have to do a lot in the way of grunt work to see off John Meyler’s troops.
Seven days later the task was a very different one.
It was all about doing the grunt work, about dirtying one’s hands, about fighting to gain possession of the sliotar and then – and only then – worrying about what to do with it.
This was a battle Clare won hands down.
It was their patch, their pitch, their crowd, and after the disappointment in Semple Stadium eight nights earlier the Banner needed to produce a performance. They did.
Whatever the possession statistics were for the afternoon, what was witnessed by the naked eye was inarguable.
The hosts had the lion’s share of the ball, won the vast majority of the close-quarter skirmishes and devoured the Kilkenny half-forward line.
This was the platform on which their power surges were built: one in the first half that yielded 1-4 without reply in the space of six minutes, one in the second half that saw Clare hit an unanswered 1-3 in a similarly short period and that pushed them eight points ahead.
For Kilkenny to have fought back to within a point at the final whistle, then, represented quite the silver lining.
Huw Lawlor continued his education with an afternoon on All-Star full-forward John Conlon.
Brawny and direct and good in the air, Conlon isn’t merely a handful.
He’s a double handful, as he demonstrated with a first-time pull to conjure a goal out of nowhere. But Lawlor stuck to his task, remained afloat and can be pleased with day’s work.
Ger Aylward was much more influential than he had been against Cork.
Richie Leahy, stuck in the corner on a narrow pitch, was understandably much less influential. Billy Ryan was left isolated in the full-forward line for too long, although one can understand the management wanting to see how he’d fare there.
And when Padraig Walsh came on he promptly did what Padraig Walsh used to do, booming over a point from distance.
Short of hiring a plane to write a message in the skies over Ennis imploring Cody to restore him to his old right-half back spot, he couldn’t have been more direct.
It wasn’t a victory but it was an informative afternoon.
This was a fact-finding mission and facts were ascertained. Another Sunday in the National League.