Hard going weekend for athletics, but winning medals made it a good one for Kilkenny 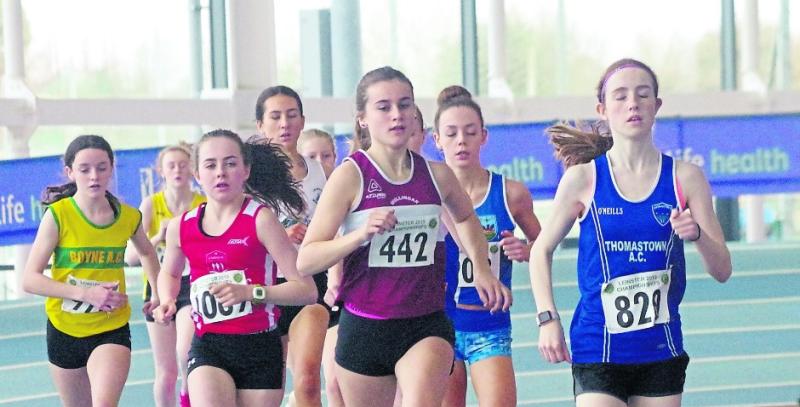 Thomastown’s Fiona Dillon leads the way in the girls’ under-16 1,500m race at the Leinster Indoor Championships