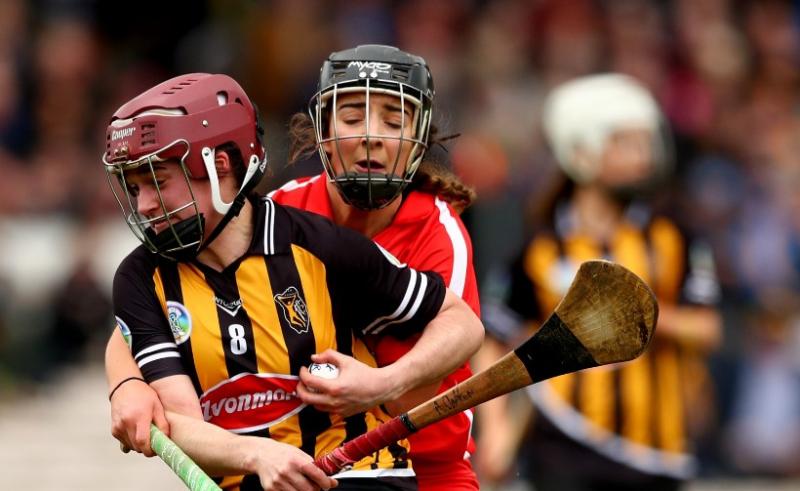 Defending champions, Kilkenny are through to the Littlewoods Ireland Camogie League Division 1 semi-finals following a big 5-18 to 1-10 win over Offaly at St Rynagh’s today.

Ailish O’Reilly hit 1-3 while Carrie Dolan slotted over eight points from placed balls as Galway assured themselves of a Division 1 semi-final place in the other group when getting the better of Waterford by 1-14 to 1-6 at Carriganore.

All that is to be determined in both groups is who will advance as top seeds, with Cathal Murray’s troops playing host next weekend to All-Ireland champions Cork, who also boast a 100% record from three rounds.

The same applies in Group 1 following Kilkenny’s big win and a 1-16 to 1-12 triumph for Limerick over Dublin at Parnells, which left them both with unblemished records ahead of their clash on Sunday.

Kilkenny did all the damage in the first half, at the end of which they led Offaly by 5-7 to 1-5. Reigning player of the year, Anne Dalton started the goal rush from a third minute penalty and Michelle Quilty had the ball in the Offaly net around 90 seconds later.

Katie Power provided the third after 13 minutes and at that juncture, it was 3-1 to 0-1 in favour of the League champions.

Arlene Watkins raised a green flag for Offaly, but Kilkenny responded with a rush of points by Meighan Farrell, Quilty and Power, before further goals from Dalton and Quilty brought the curtain down on as an entertaining a half of camogie as anyone could hope for.

The second half was never likely to live up to that. The Cats were happy to pick off their points. Danielle Morrissey helped herself to four late ones off the bench, while Watkins, Mairéad Teehan and Siobhán Flannery were on target for Offaly.