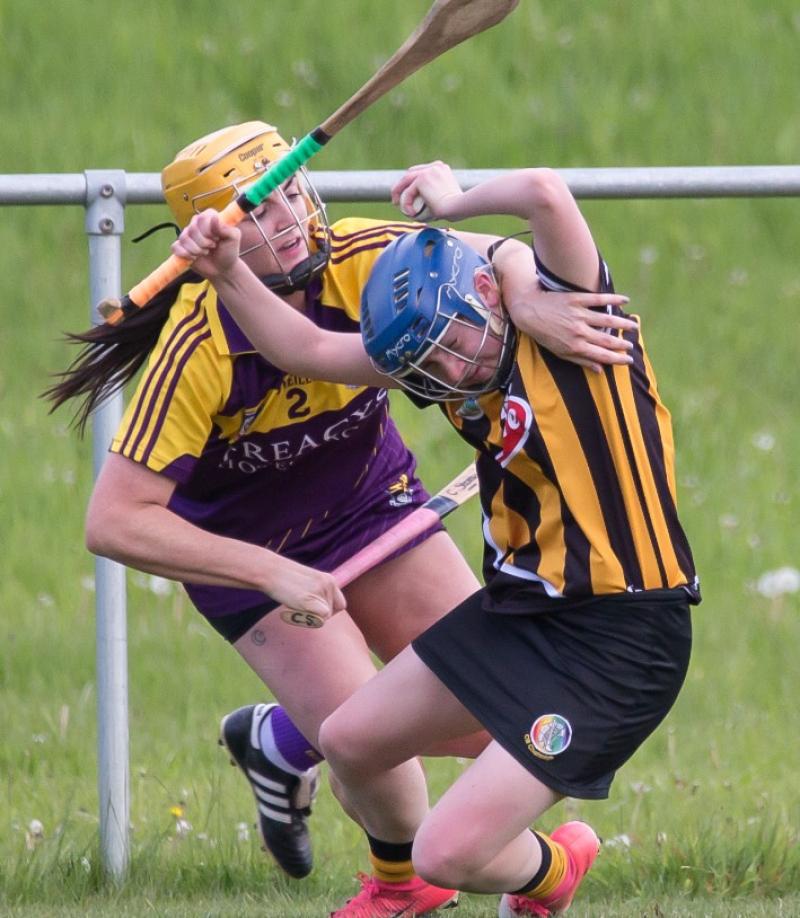 Michelle Quilty in action for Kilkenny

Unbeaten Kilkenny will resume their rivalry with Cork in a repeat of last year's All-Ireland final while Galway will take on Limerick in the Littlewoods Ireland Camogie League Division 1 semi-finals.

That was the story as a result of the last round of group action, while Offaly must do battle with Wexford to determine who makes the drop to the second tier.

Kilkenny are pursuing a fourth consecutive title, but they needed a 63rd minute point from Michelle Quilty to claim a 1-12 to 0-14 victory over Limerick in the Gaelic Grounds. The result ensured the Cats finished the round-robin phase on top of Group 1.

Denise Gaule excelled at full-forward in the first half for Kilkenny with three points from play. Caoimhe Costelloe had two from Limerick and the teams were level on four occasions as they went in at the break deadlocked on 0-6 apiece.

When Anna Farrell goaled four minutes after the restart, however, with a sumptuous finish after good work initially by Anne Dalton and then by Quilty and Gaule, it opened up a four-point gap.

Caoimhe Lyons, Costelloe and Mulcahy kept the hosts in touch though and pointed frees on 58 and 60 minutes from Mulcahy that brought her tally to seven from placed balls appeared to have secured a share of the spoils.

But there was still time for Quilty to find the target for her sixth point and first from play to edge it for Kilkenny.