A double Murphy in Thurles was good for the soul 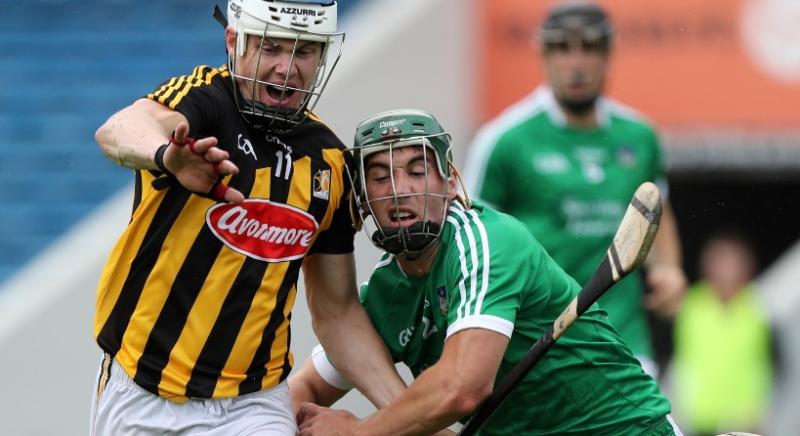 TJ Reid - he has been a class free taker for Kilkenny

Regular readers will recall last week’s riff on Kilkenny’s recent freetaking travails. A tweet on Friday from the GAA statistician Barry Cleary added flesh to the bones.
Kilkenny’s freetaking conversion rate in the 2018 National League, Cleary revealed, was 85 per cent. Their freetaking conversion rate in the 2019 National League?
A much less impressive 63 per cent. What a difference a TJ Reid makes.
The trend continued at Semple Stadium on Sunday. Misses from frees. Misses from play. Three wides, all of them presentable opportunities, in injury-time in the first half that had they been taken would have sent the visitors in leading by four points.
It didn’t matter in the end, of course. Shades of Parnell Park last May: when the battle was at its height and Kilkenny needed to make every bullet count, Eoin Murphy took out his sniper rifle, calibrated the telescopic sights and found the target. Twice.
Suddenly those earlier misses didn’t matter any more. Suddenly defeat had been turned into victory. Suddenly the gloom that had descended on Noreside following the deconstruction by Limerick seven days earlier was lifted.
In The Pack
Not that Kilkenny have suddenly – that word again – and magically been transformed into MacCarthy Cup contenders. They and Tipperary remain where the pair of them were on Sunday morning. In the pack, a few lengths off Limerick and Galway. Yet even had Murphy missed the last free, Brian Cody would have had several small reasons for satisfaction on Sunday evening.
The return at last of Richie Hogan. Walter Walsh a little more up to speed than he had been against Limerick and offering a consistent outlet on the half-forward line for deliveries from the back. Conor Delaney’s satisfactory afternoon on Seamus Callanan, regardless of the fact that the latter hasn’t hit top speed yet, as evidenced by his wayward freetaking. Billy Ryan’s quietly impressive performance.
Cody will have left Thurles with one major item ticked off his championship To Do list. Padraig Walsh will not now be returning to the full-back position ahead of the summer campaign. He simply cannot.
Although it would be pushing it to hold that Walsh was the most influential individual on show, he was unquestionably among the busiest. As ever with Padraig, his first instinct was to drive forward and on Sunday his sallies up the field added thrust to an – again - under-powered Kilkenny attack.
Had he been a little more accurate, Walsh’s would have been a performance to remember. As it was, with two points and three wides, the latter all from scoreable chances, he provided a new dimension as a midfielder hitting space and offering an additional option for a pass. And apropos of the wides, at least he was getting into the right positions to drive them wide.
Made Right Changes
For a man whose substitution policy – sometimes his non-substitution policy – has frequently been questioned, so much so that he ended up joking about it himself a few years back, Cody got his switches right. James Maher injected increased intensity. Richie Leahy, who was always going to thrive on Semple Stadium’s broad sward, scored a beauty of a point from a tricky angle and made another for Martin Keoghan with a crossfield pass that scored high on the technical accomplishment count.
Talking of crossfield passes, it was such an item from Richie Hogan that set up Leahy’s point. Nor was it any surprise when Hogan, so often the scourge of Tipperary dating back as far as the 2006 All-Ireland under-21 final, popped up to bring the sides level on 0-17 apiece deep in injury time.
Should Hogan manage to stay fit, his reappearance may end up being the most significant takeaway from the game. Here’s someone guaranteed to add a measure of craft, and craftiness, hitherto missing from the forward line.
It wouldn’t have been the end of the world had Kilkenny lost, as patently they might well have. But maybe, just maybe, this was the day their season took a turn for the better.
PS - Got home from Thurles in plenty of time to see the penalty shoot-out in the Carabao Cup final, including the part where the Chelsea goalkeeper ignored Maurizio Sarri’s wishes and refused to be substituted.
I can think of at least one manager he wouldn’t have dared try such nonsense on with. So can you...