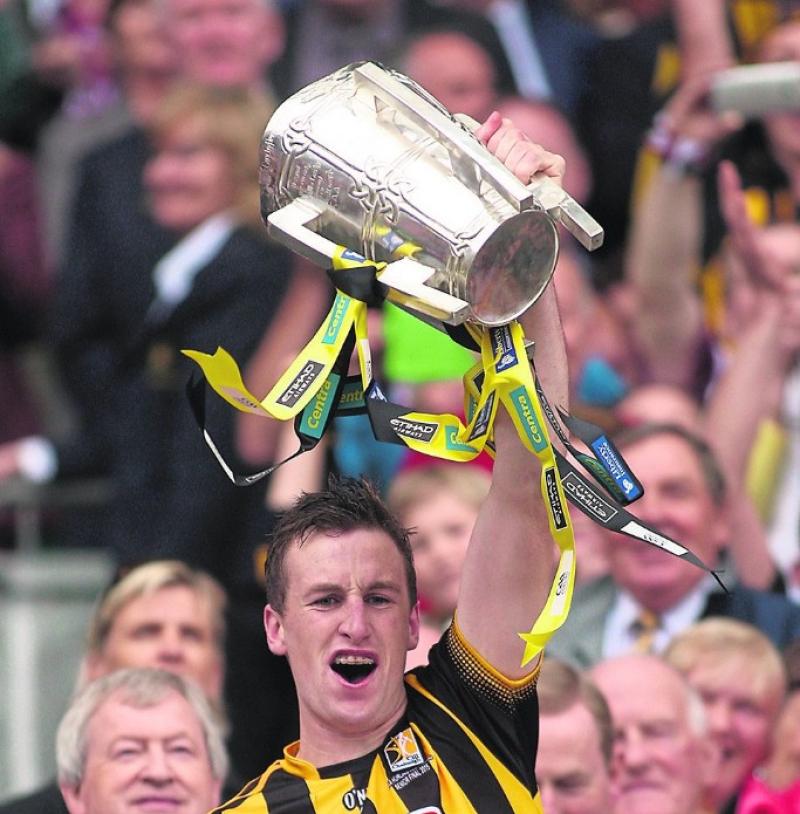 The postponement of last Sunday’s Alliance National Hurling League clash between Kilkenny and Wexford in Innovate Wexford Park could turn out to be a blessing in disguise for the Cats.
It is all a perhaps or maybe situation at the moment, but the calling off of the match could turn out well for Brian Cody’s troops in the long run.
You see, the extra week it will now take to complete the League programme will give the Ballyhale Shamrocks contingent involved in the All-Ireland club final more time.
Of course, having the likes of TJ Reid, Joey Holden, Colin Fennelly and so on available would be based on Kilkenny qualifying for the League final.
One might be accused of getting carried away thinking like that, seeing that Kilkenny would have to win three serious matches for the idea to even get into the realm of a possibility.
But up to Sunday the idea that the Shamrocks lads might be able to play some part in the League was a no hoper.
Now it could happen; unlikely perhaps, but stranger things have happened.
The postponed match will now be played on Sunday (2pm) in Innovate Wexford Park.
That was the decision of the CCCC on Monday. The games programme lost to the weather on Sunday was pushed back a week, as were the concluding stages of the entire League.
Kilkenny and Wexford both have a very real chance of making the cut for the quarter-finals, in which they would meet opposition from Division 1B.
The quarter-finals were originally fixed for Sunday. They will now go back to the weekend March 16/17, the weekend of the All-Ireland club final between Shamrocks and St Thomas (Galway).
As a consequence, the League semi-finals have been pushed back to the weekend of March 23/24 with the final still coming in before the end of the month on the weekend of March 31.
All this slots in nicely with the GAA’s calendar plan of leaving the month of April free for club matches.
The League final was originally fixed for Sunday, March 24, just a week after Shamrocks would be finished their club commitments.
It would have been a mite unfair to expect their players to join the Kilkenny squad straight away, if the Cats progress in the League.
Now, in the new set up, there would be a real chance that they would be rested and ready, if the current defending champions slipped through to the decider.
And so back to real life!
All-Ireland champions, Limerick, are the only Division 1A team sure of their place in the quarter-finals. They head the Division 1A table with seven points following five rounds of matches.
They play Eddie Brennan’s Laois, who finished fourth in Division 1B, in Portlaoise on Saturday (7pm).
Limerick are followed in the table by Clare (5 games /5 points), but they are not yet assured of a last eight place. They are close, but....
Based on scoring differences, the other counties follow thus - Wexford, Kilkenny and Cork (4 games; 4 points) with Tipperary following up the rear (4/2).
The results of the Wexford v Kilkenny and Cork v Tipp matches are vitally important, because two of the five teams currently trailing Limerick will miss the cut.
It is very possible that scoring differences will be needed to decide finishing places in the League table.
Incidentally, the other Division 1B qualifiers, in order of finishing places in the table, are Dublin (1), Galway (2) and Waterford (3).
The wind up of the League promises to be really good, with, it has to be said, the down the line opposition from Division IB stronger than usual.
Knockout
Because of the way things have transpired, in real terms Division 1A of the League has already been transformed into a knock-out competition.
Managers won’t mind that too much as they look down the road towards the provincial championships.
But all, one would suspect, would like to get more out of the League to shorten the gap between now and the start of the provincial Round Robin competitions.
Kilkenny definitely want more from the League.
Neither Brian Cody nor Wexford boss Davy Fitzgerald were in the least put out when Sunday’s listed match was called off. They shrugged it off with a “these things happen” sort of attitude.
Fitzgerald brought his charges out for a bit of a run in a nearby venue. Kilkenny went home.
The rain was belting down during our trip to Wexford. It was so bad that visibility was down to 50 metres or so at times and we ’phoned ahead to see was the match still going ahead.

So it came as no surprise when referee, Alan Kelly (Galway) ruled at 1.20pm that on health and safety grounds he was calling off the match. The throw-in was schedule for 2pm.
Water was lodged in areas around the pitch, and it would have been dangerous to ask players to play a match in the conditions.
Some of the 3,000 or so fans crowded into the main stand felt that the final call was made late, as they had heard about 20 minutes earlier that the match was going to be off.
There was no explanation for the delay in the announcement, according to them. And so it is back to Wexford on Sunday.
By the way, the teams listed in the programme for Sunday’s match were:
Kilkenny - Eoin Murphy; Paul Murphy, Conor Delaney, Tommy Walsh; Conor Fogarty (capt), Paddy Deegan, Jason Cleere; Padraig Walsh, Alan Murphy; John Donnelly, Walter Walsh, Ger Malone; Billy Ryan, Liam Blanchfield, Martin Keoghan.
Subs - Enda Morrissey, Conor O’Shea, Conor Browne, Michael Cody, Richie Leahy, Richie Hogan, James Maher, Pat Lyng, Conor Martin, Luke Scanlon, Niall Brassil.
Wexford - Mark Fanning; Damien Reck, Darren Byrne, Liam Ryan; Simon Donohoe, Matthew O’Hanlon (joint capt), Shaun Murphy; Diarmuid O’Keeffe, Kevin Foley; Harry Kehoe, Liam Óg McGovern, Lee Chin (joint capt), Paul Morris, Rory O’Connor, Conor McDonald.
Referee - Alan Kelly (Galway).