The kings of clubs do battle for the hurling throne 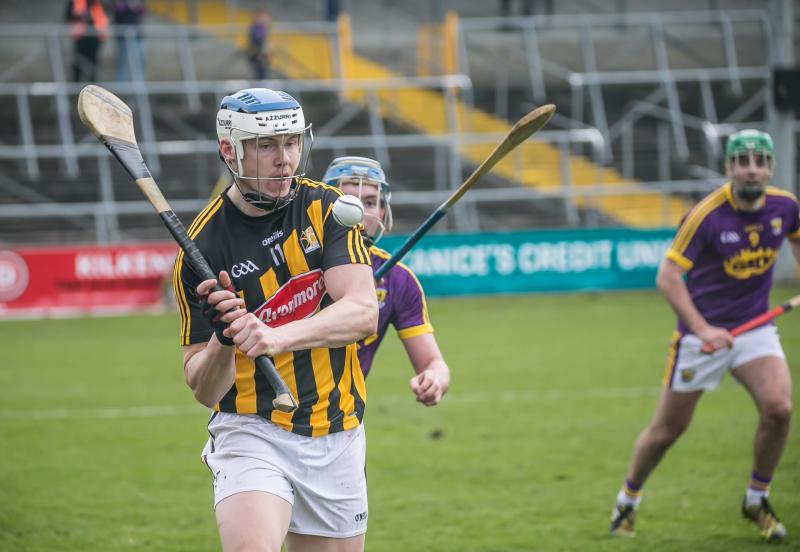 TJ Reid is a key man for Ballyhale Shamrocks

The dominant forces in club hurling on the national stage will take over Croke Park again on St Patrick’s Day.
Galway and Kilkenny have provided the biggest number of winners in the AIB All-Ireland club senior hurling championship, and either Ballyhale Shamrocks or St Thomas will add to the glittering haul for their county on Sunday.
Galway clubs, Portumna (4), Athenry (3), Sarsfields (2), Castlegar, Clarinbridge, Kiltormer and St Thomas have all contributed to the county’s class leading haul of 13 titles.
However, sitting on top of the pile, in the individual stakes, are the remarkable Ballyhale Shamrocks, who have claimed the crown a staggering six times in seven attempts.
They contributed massively to Kilkenny’s 11 wins, along with James Stephens (3), St Martin’s and Glenmore.
While the All-Ireland hurling and football championships represent the pinnacle for clubs and the main body of their players, with the latter getting to perform in majestic Croke Park in the final, neither size nor population base appear to matter when it comes to enjoying success.
In other sports and codes something like size, in terms of playing populations, can often be a factor that influences winning patterns.
Not this club championship. Shamrocks, who have had a regular affair with winning since claiming their first Kilkenny senior title in 1978, are one of the smallest outfits around with a playing population that would be measured in hundreds.
Yet, once the seven Fennelly brothers (Kevin, Sean, Michael, Ger, Liam, Brendan and Dermot), team captain, Richie Reid, Maurice Mason, Johnny Walsh and company cracked the code for the club’s first All-Ireland in 1981, the Shamrocks have been a powerhouse.
Will, determination, pride and, of course, pure talent beats all else and Shamrocks are prolific producers of teams with a winning mentality. They head to Croke Park with a mere six players who featured in their last win in 2014/15 against Kilmallock, Limerick (1-18 to 1-6).
Another member of that side, Henry Shefflin, is now the team manager.
Turnover
That is a remarkable turnover of players for any club in such a short time, never mind a small one. Yet Shamrocks lived through all the change without falling off the cliff, so to speak, and without hitting a major dip.
Last year’s senior championship win for the club in Kilkenny was a huge achievement. However, the fact that Shamrocks put two good under-21 Roinn A championship wins back-to-back last year and the year adds to the glitter and would suggest they have the potential to drive on.
All that is matter for discussion another time, however.
Shamrock head to Croke Park with a relatively young side, with the three Mullens brothers, Darren, Patrick and Adrian, Eoin Cody, who shot 1-4 from play in the semi-final, Evan Shefflin, Dean Mason and so on adding proof to the saying that if you are good enough, you are old enough.
The balance of experience in the spine of the team has been crucial, with Joey Holden, team captain Michael Fennelly - he is nursing an injury at the moment - TJ Reid and Colin Fennelly providing magnificent leadership.
Everything slotted neatly into place in terms of balance once Michael Fennelly took over at No. 6 for the Kilkenny quarter-final clash against Dicksboro. Shamrocks have been sure and solid since.
The reborn Eoin Reid is enjoying a massive campaign, while the long striking Richie Reid and impact sub, Mark Aylward, have been big performers too.
Even before they won in Kilkenny people wondered would a lack of experience cost Shamrocks. The question was repeated subsequently in the Leinster final and more recently against Ballygunner (Waterford) in the All-Ireland semi-final.
Shamrocks have answered every question put to them, and in all sorts of weather.
St Thomas, who have been Galway champions three times, didn’t have a Connacht championship to contest. They scored seven wins and one draw in the Galway championship before beating Ruairi Óg (Antrim) in the All-Ireland semi-final.
Their unlikely hero that day was corner-back, David Sherry, who scored the late winning point.
In ways they are like their opponents, good hurlers driven by the pride of the small parish, with top scorer, Darragh Burke a potential destroyer, while county men Conor Cooney, Darragh Burke, David Burke, Shane Cooney and under-21 star from last season, Fintan Burke provide a formidable back-up crew.
Shamrocks have defied the odds at every turn in the road. Can they do it again? Or course they can. It won’t be easy, nor should it be in an All-Ireland final.
As they say, one more time lads!