Kenyan adventure has Hayes all fired up 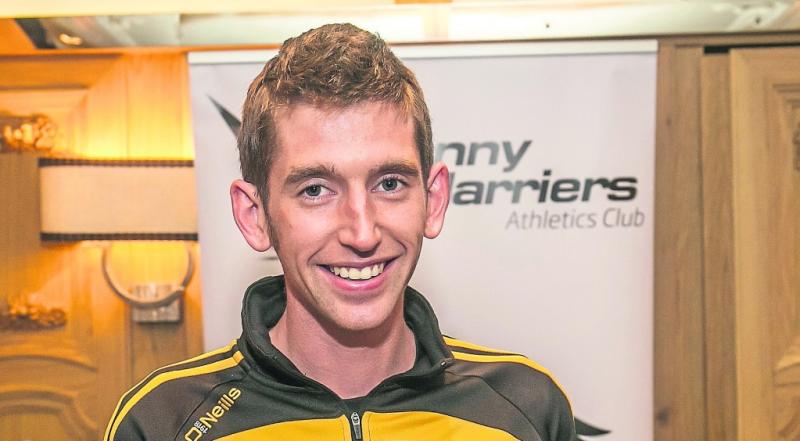 Kilkenny athletes are known for going the extra mile when it comes to training - but one runner took it to a whole new distance!
Thos Hayes swapped the cold of the Marble City for the sunnier climes of Africa as he took a new approach to his regime for 2019.
The Kilkenny City Harriers athlete jetted off to Kenya for a six and a half week training camp. The High Altitude Training Camp established in Iten by former world champion runner Lornah Kiplagat was his home for the duration of his trip, a place Hayes said was always a goal to visit.
“When you’re a distance runner Kenya is always on your bucket list,” he said when speaking at the launch of the KCH Streets of Kilkenny 5K run.
“It’s somewhere you want to go. I had never been away warm-weather training or on a training camp before.
“Some runners I know from Cork, including Michael Harty (the record holder of the fastest time in the Streets of Kilkenny 5K) had gone there over the last few years. They had nothing but good things to say about it, so I thought ‘why not?’.”
The decision to go training in year-round sunshine was made all the more enticing by the Irish climate!
“The weather isn’t great here at this time of year, is it?” he said with a smile. “To be able to go out and train in those conditions would be worth it for the experience alone.”
With that Hayes left Kilkenny and went all in for his African adventure.
Something Different
“I’d been working with PWC for the last six and a half years and wanted to do something different, so I said I’d leave the job and go to Kenya!
“I wanted to go for a good spell, so I decided to go for six and a half weeks. That would be enough time to get in some good training and see how I responded to the altitude.
“It was all about learning,” he added. “I wanted to see what I could learn as I knew I’d be around some of the world’s best athletes every day. The Lornah Kiplagat High Altitude Training Centre had everything you need - accommodation, gym, pool. All you have to do is your training, as they look after everything else. There were plenty of international athletes in the camp at the same time, including some of the Dutch, Polish and British national teams, so you would run in the evening with them. I got to learn a lot.
Laid Back
“Everything was so much more laid back,” he said of his time in the HATC. “It was a big change - January is usually my busy time in work, with 50-hour weeks typically the norm, so it was nice to be able to take on a whole new routine.
“I would have trained twice a day five days a week. Usually I had a longer run of 14/15 miles on the Thursday, then run for two hours on a Sunday. There was room for some gym sessions as well, while you had lots of extra time for stretching, foam-rolling and the like.
“That’s how you filled out your day,” he said. “Training and getting the chance to meet some interesting people.”
Naturally, the warmer weather made the camp enticing - but it wasn’t without its challenges.
“The weather was perfect, with temperatures between 20 and 25 degrees every day, but most of my days involved early training” he said.
“On a day where I’d do an easy run I’d get up and go run between 6 and 7am, get my 10 miles done then come back and have my breakfast.
“It was the perfect training environment,” he said. “When you’re in Kenya everything is so different, from the altitude to the terrain and hills.
“Where I was staying, Iten, it’s about 2,400 metres above sea level so essentially you’re training at 8,000 feet. It’s tough, even to adapt to that - you have to run a lot slower than you would here.
“When you first go out there you do notice you’re running a lot slower,” he said. “At home I wouldn’t run with my heart rate monitor but I did every day out there. It was a bit of an adjustment - your legs feel like they’re not turning that fast but you are working very hard. If you push too hard you’ll know - with less oxygen in the air you don’t recover like you would at home.”
It takes time to adapt to the conditions, maybe even more to the hills than the altitude.
“You won’t get a flat run in Iten - it’s up and down all the time,” he said with a smile. “A typical five-mile loop over there would have way more climbing than my regular 10-mile route in Kilkenny, which would take me around the Ring Road.”
So far the training has yielded some good results for Hayes.
“I did the 5k in Armagh a few days after returning,” he said. “I wasn’t sure how it would go after all the travel, plus I had been sick shortly before coming home, but I ran a personal best of 14:29.”
The times continued to tumble - he set a new PB of 29:53 in the 10k in Kildare “that was a bit of a surprise as I hadn’t targeted anything specific,” he said - leaving Hayes confident for the season ahead. Running a marathon in 2019 is his goal, but so too is getting some local pride.
“I’ve finished second and third in the Streets of Kilkenny,” he said with a smile. “Maybe this year the training will help get me that first place!”
The Streets of Kilkenny 5K will be held at 7.30pm on April 18. Part of the Kia Race Series, the race starts and finishes at Kilkenny Castle. To enter, visit www.kch.ie