Kilkenny crash to another disappointing defeat 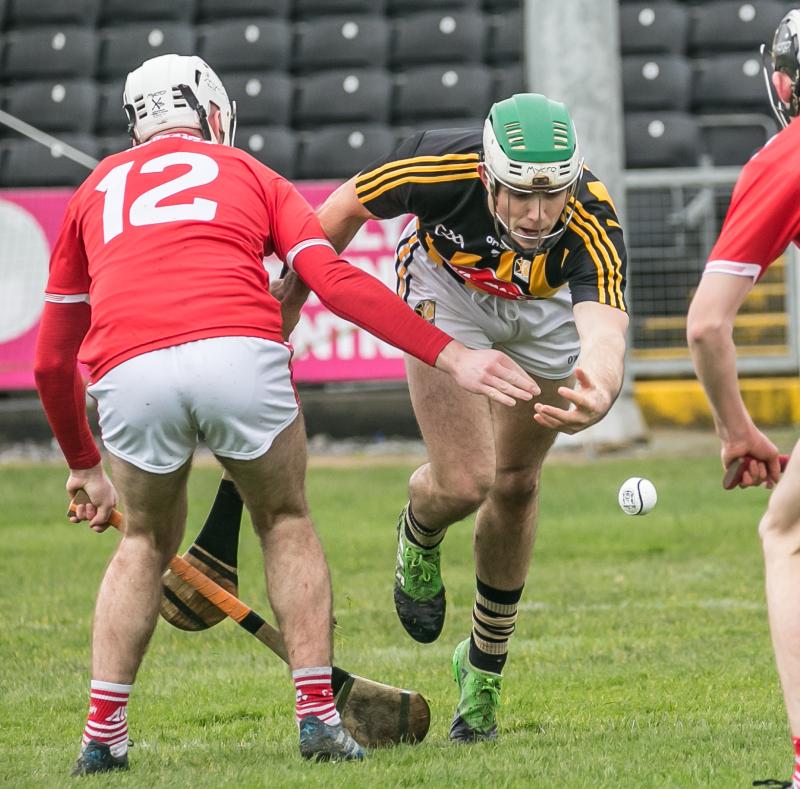 Ousted former champions, Kilkenny slipped to another disappointing defeat in the National Hurling League, this time losing this Division 1A relegation play-off at Nowlan Park today after leading most of the way.

Cork, who shot a staggering 19 wides, produce a determined finish to claim 1-2 without reply between the 69th and 71st minutes to snatch a dramatic victory.

Wind backed Kilkenny were moving nicely when points from James Maher and Richie Hogan left them 1-15 to 1-12 clear as the 67th minute was passed.

Cork snatched a point through Conor Lehane (free). Mark Coleman added another from play before sub Jamie Coughlin clipped the ball into the city end net from the edge of the square.

The tables were turned. Cork were 2-14 to 1-15 ahead. Before the finish there as an exchange of points between Richie Hogan and Lehane, but Cork were home and into Group A of next year’s revised league along with All-Ireland champions, Limerick, Tipperary, Waterford, Galway and Westmeath.

Kilkenny will join Group B along with Wexford, Clare, Dublin, Carlow and Laois.

Kilkenny were double scores in front (1-9 to 0-6) when Richie Hogan pointed early in the second half. However, they couldn’t maintain their grip on things.

Cork got back level at 1-11 each on 60 minutes after James O’Connor goaled. Although they fell behind again, they regrouped smartly.

Cork played with the wind from the start, but their shooting was awful. By half-time they had registered 11 wides.

The only time the visitors led was when Shane Kingston scored the opening point after 80 seconds. When Billy Ryan levelled it, Kilkenny then took the lead with an Alan Murphy point from a free in the fifth minute.

They made the best of chances and led by 1-8 to 0-6 at the break. The goal arrived from a penalty in the 33rd minute. James Maher was fouled. Alan Murphy goaled with a well struck shot into the right corner of the net.

Cork’s poor shooting and two brilliant saves by goalie, Eoin Murphy, were both a big part of the story that half, but when the Cats opened the second period with a point from Richie Hogan they looked set to motor on. They didn’t!