There was no pushing around, Fitzgerald insisted 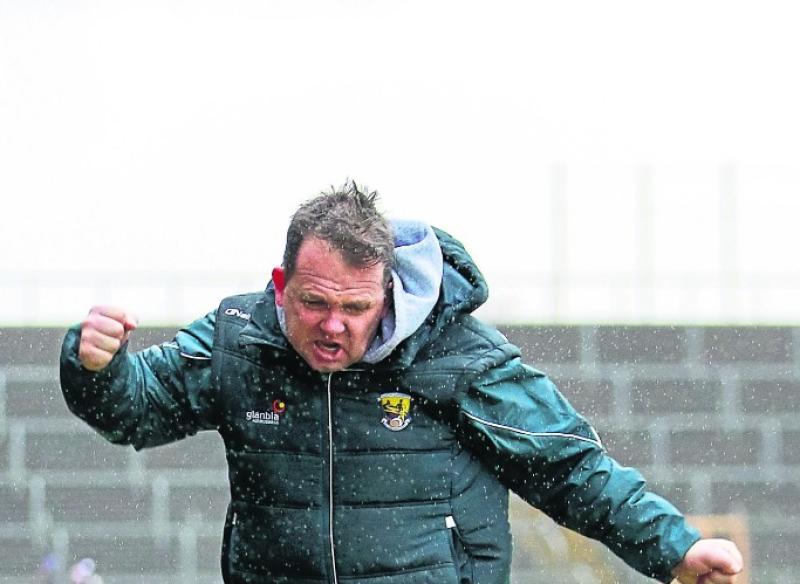 Wexford manager, Davy Fitzgerald, was thrilled with his team’s winning performance against Kilkenny, but when it was put to him that they all but pushed Kilkenny around during their dominant spells in the National Hurling League he was having none of it.
“That was a good win, but the conditions were tough for both teams,” Fitzgerald opened when we caught up with him after the game that was played in wind, rain, hail and sunshine. “It just worked out for us today.”
However, when one suggested that Wexford’s play was so strong at times that it could be viewed that they were able to push the opposition around, he was adamant that wasn’t the case.
“I wouldn’t think that,” he said of the suggestion. “I think the wind was a massive factor. We just got a few scores and got on top.
“You never push Kilkenny around.
“Kilkenny can use that if they want, but that is not the truth. We didn’t push Kilkenny around. That was a physical game. I have never seen Kilkenny pushed around, so I don’t buy that for a second.”
What happened in the game, he felt, was that Wexford started the second half really well and they got a few scores. They drove on strongly from there.
Confidence grew
“Once we got a bit of momentum, our confidence started to grow,” he continued. “Once our confidence grew, then I felt that with the wind behind us and shooting from out the field the advantage was with us.
“I felt the subs we introduced made a big difference, to tell you the truth,” Davy said. “We have tried out 25 or 26 players in the League, which I wanted to do to get strength in depth.
“It is only March, so we are not going to get carried away. We have Galway in Galway next week, so that is a nice prize to get for winning today,” he said with a wry smile.
Kilkenny manager, Brian Cody said the driving rain and sleet made conditions tough and that affect the quality of the hurling.
“It was a big, big wind and we probably had chances to be more ahead at half-time,” was his view of things. “We weren’t, and that was it.
“In the second half we struggled, no doubt about that. We could have been more ahead at half-time. We weren’t as competitive as we would like to be in the second half.”
What were his thoughts on where Kilkenny were now with the championship looming?
Championship
“The thoughts are the same as they would have been if we had won the game,” he replied. “All our preparations are geared towards the first game in the championship.”
When questioned on the performance of the referee, he said he wasn’t particularly happy with the red card show to Kilkenny full-back, Conor Delaney.
He saw the incident as the referee blowing the whistle for a free; then turning around. The crowd shouted and he turned back around and gave a man a red card.
“That confused me,” he suggested.
When asked did the referee explain the situation to him, he insisted he wouldn’t discuss what was said.
“I was disappointed to see the chap sent off,” he said. “There was nothing whatsoever in that.”