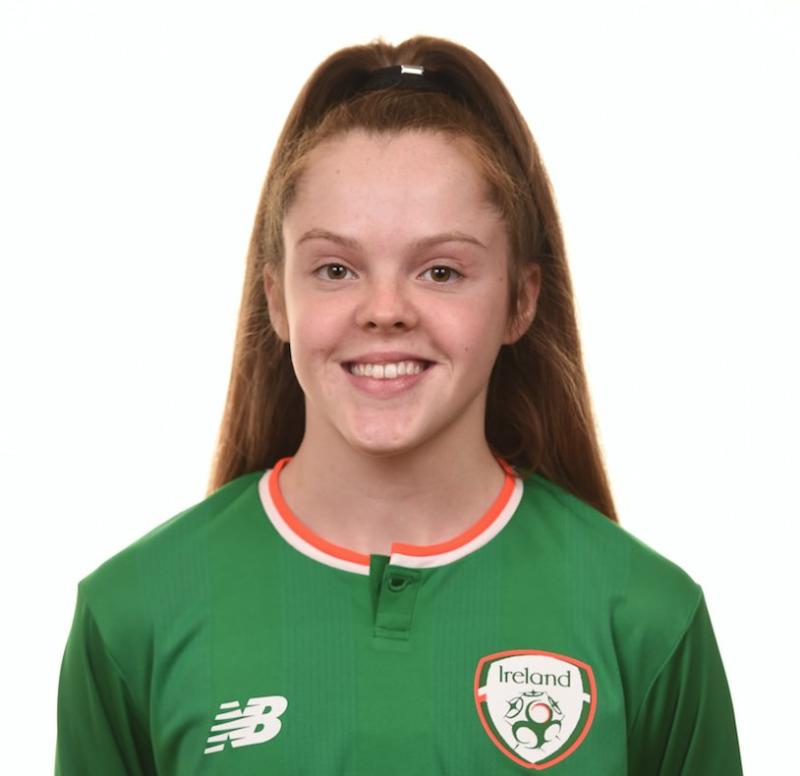 Kilkenny United striker Carla McManus has been called up to the Republic of Ireland squad for UEFA Women's Under-19 European Championship Elite Round.

Women's Under-19 Head Coach Dave Connell named McManus in his 20-player squad for the games, which kick-off in Spain next week.

Connell has made four changes from the group that he brought to Rome for January's double-header of friendly games against Italy.

Bristol City striker Heather Payne will join up with the squad from the Women's National Team to bolster the attack, while Tiegan Ruddy, Michelle O'Driscoll and Niamh Reynolds are also among the 20 selected.

The squad has tough fixtures ahead of them, but are feeling confident about the challenge they face, according to Connell.

"They’re three tough games," he said. "The Spain game is built to be the toughest; I’m sure it will be. At the minute though, we’re focusing on Hungary, and hopefully we can take a positive result into the Serbian game. We want to go into the last game in a winner-takes-all scenario."

And the two games in Italy in January will have been good preparation for the team, as they are facing the hosts, Spain, in the final tie of the tournament.

"We know that there is a difficult task ahead of us," he added. "We have the European champions in our group. It’s not going to be easy, but all the focus is on going into the last game with something to play for."

"It’s been very difficult picking the squad. We have a couple of new girls in that weren’t in Lithuania for the Qualifying Round. Everyone is raring to go now. The team will be challenged in the opening games.

"I’ll be challenging them too. The best players are playing each other, and are training with each other. The WNL has been a huge asset to us in the Under-19s team. Long may it continue."

Ireland start their Elite Round campaign against Hungary on April 3 (kick-off 12 noon Irish time). They play Serbia at the same time on April 6 before completing the group by taking on Spain on April 9 (kick-off 5.30pm Irish time).

Republic of Ireland Women's Under-19 squad