Kilkenny star Conor Delaney still in dark after sending off 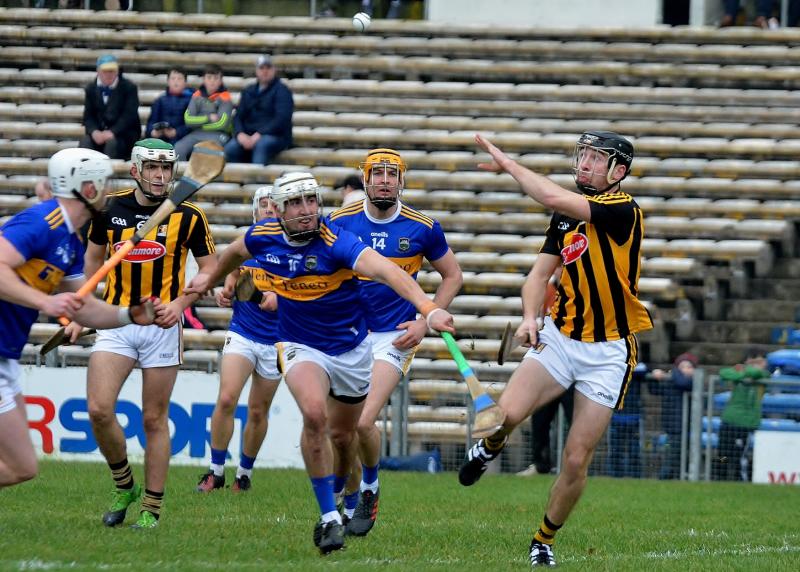 Kilkenny still have no word on whether or not Conor Delaney will be available to play in the first round of the Leinster hurling championship.
The Erin’s Own (Castlecomer) defender was red carded in ‘lost time’ at the end of the last preliminary round National League tie against Wexford on Sunday, March 10.
The county had hoped that their last League engagement against Cork, which was billed as a relegation play-off, would serve as the player’s automatic one match suspension.
Delaney sat out that tie, but the status of the match remains in question and it may not wipe out the one game suspension the player must serve.
Cork’s Seamus Harnedy was dismissed the same weekend. His availability for the start of Cork’s Munster championship campaign is also unknown. He too sat out the relegation play-0ff.
Our information is that the matter will be sorted within the next week.
Delaney, who will be available to his club when the senior league commences this weekend, was being groomed to fill the problematic full-back position for Kilkenny.
If he is not cleared, the Cats will be looking for a new full-back for the Leinster championship opener on Saturday, May 11 (7pm) against Dublin in Nowlan Park.
Meanwhile, senior club champions of 2017, Dicksboro will definitely be without last year’s Kilkenny captain, Cillian Buckley, for the opening two rounds of the senior league against Graigue-Ballycallan on Sunday and Erin’s Own on April 19.
Buckley, who played just one match with the club last season, had surgery to correct a knee problem during the close season.
The player’s rehabilitation is apparently going well and he is reported to be back running on grass. An immediate return is not on the cards, however.
Buckley is running out of time to make the Leinster championship. He last played with the county on July 15, 2018.
Dicksboro will also be without Bill and Joe Sheehan this weekend.

For more on the Kilkenny People read here.