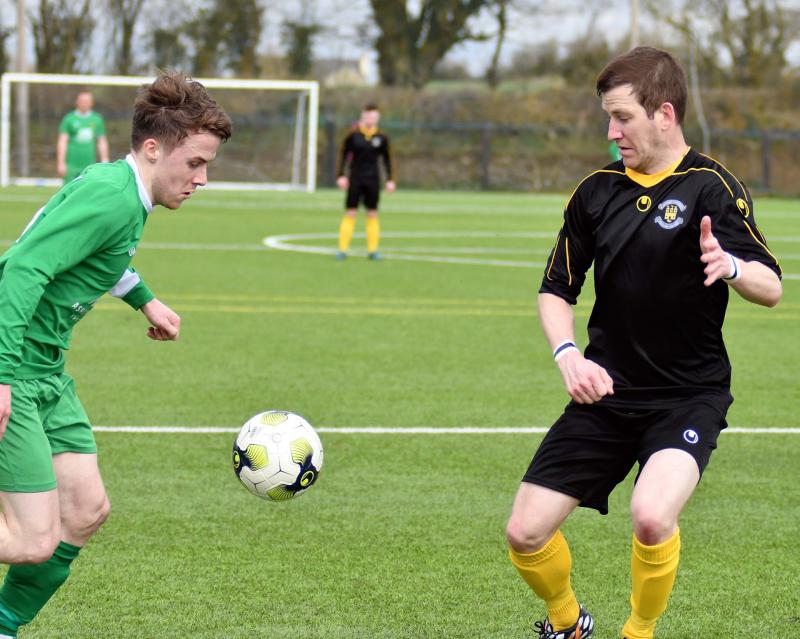 A place in the final of the Oscar Traynor Trophy is within touching distance - again - for the Kilkenny & District League.
But first they must tackle the tricky problem of a tie with the Tribesmen.
The Cats will continue their quest to be crowned inter-league champions of Ireland when they take on Galway in Sunday’s semi-final at Evergreen Park (kick-off 2pm).
For joint manager Jim Cashin the game has the same message as all of the side’s other games from the current campaign.
“We want to right the wrongs of last year,” he said, “but it won’t be easy. Galway have a lot of League of Ireland experience in their squad so we know it’ll be a tough game. However, we have that same experience in our side too. The lads are ready to give everything.”
Coupled with a place in the final, the winners of Sunday’s semi-final know they will also have the luxury of home comforts for the final. The Limerick District League, who are represented by Janesboro, will be away to either the Cats or Galway in the decider.
“Home advantage will be a huge draw for whoever wins the game,” said Cashin. “The way the semi-final draw was made the winners of the first pairing out of the hat knew they’d be the home team for the final. We’d love that to be us but we won’t look past Galway first - this will be a tough game.”
Kilkenny will be boosted by the addition of the county’s most experienced player to their squad. Davy Mulcahy, who spent 19 seasons in the League of Ireland, will join the squad now that he has returned to junior soccer with Evergreen. His clubmate Sam Hickey has also been called up, the duo replacing Eddie Nugent (injured) and Ross King (suspended). Dylan Dunphy Wallace will also miss the game but Cashin is more than confident in the players available to him and fellow manager Jim Nugent.
“We’ve always said that we’re just facilitators,” he said. “We’ve brought the best players in and they’ve given their best. Their efforts reflect well on the League - there is real quality in our dressing-room.”