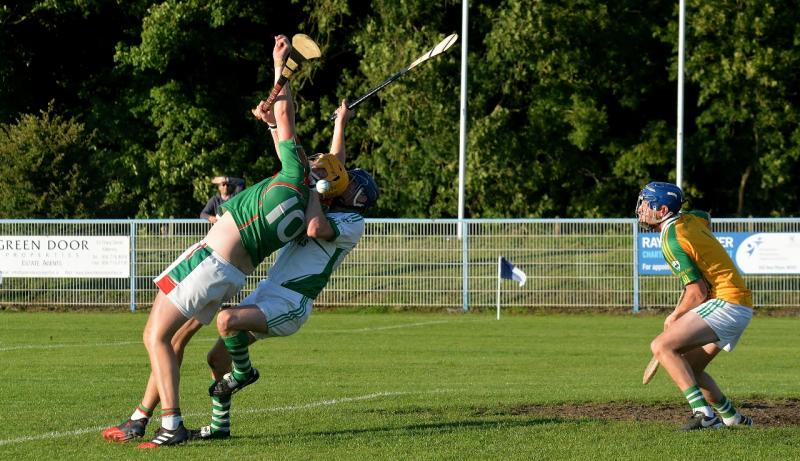 A point from a free by star attacker, Kevin Kelly, earned St Patrick’s (Ballyragget) a thrilling win over the Rower-Inistioge in a rip-roaring finish to this senior hurling league clash in St John’s Park.

A 61st minute goal by sub Conor Joyce looked to have earned the hard chasing Rower a share of the spoils, but 14 man St Pat’s won a late, late free which Kelly shot between the posts to decide the issue.

There was little or nothing between the teams early on, and the scores were level three times during the opening quarter.

Joe Brennan won back the lead for St Pat’s, but when Richie Leahy found the net for the Rower in the 27th minute it was all square again, this time at 0-9 to 1-6.

At the break the winners showed 1-10 to 1-7 in front, but five minutes into the new half they had a man shown a straight red card. They simply drove on and at one stage led by seven points (1-17 to 1-10).

The Rower kept chasing, and late goals from Pat Lyng and Joyce looked to have earned them a draw, but there was still one late twist in ‘lost time’.