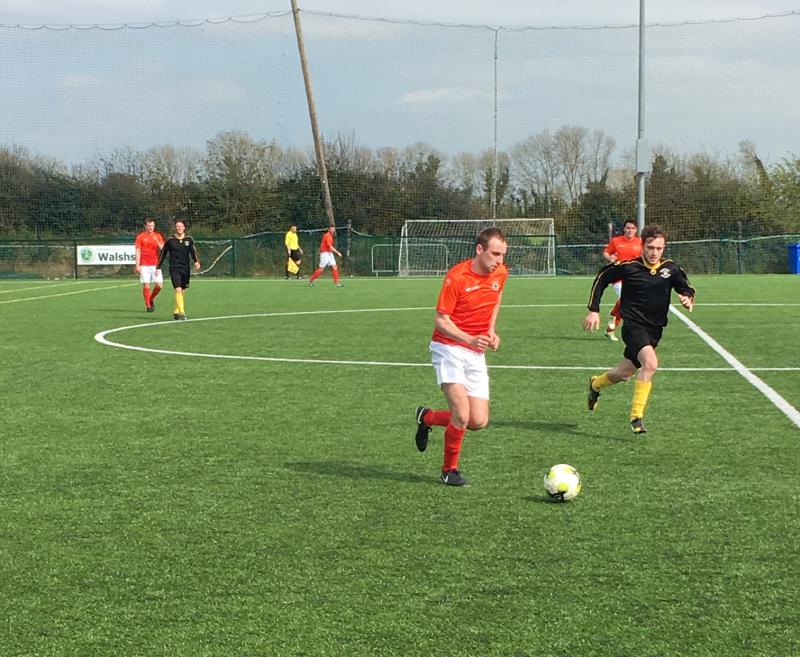 A goal from supersub Neil O’Mara was the difference as the Kilkenny & District League roared their way back into the Oscar Traynor Trophy final.

The Thomastown United defender was sprang from the bench in the 54th minute. Eight minutes later he was wheeling away in celebration as his header left Galway hopes shattered at Evergreen Park.

The Cats went through something of a cagey start, losing Dean Broaders to injury before falling a goal behind when Paul Sinnott bundled the ball home from close range after the half hour.

The Tribesmen held that lead into the break, but within three minutes of the restart the Cats had clawed them back to level terms. Ben Hickey did the damage, latching on to Decky McQuillan’s cushioned header to beat TJ Forde from close range.

Kilkenny were on the up and proved it when O’Mara powered home what proved to be the winner inside the last half hour. They stoutly defended that lead, with O’Mara, Niall Andrews and Davy Mulcahy helping to shut down every Galway advance. As an added bonus Kilkenny will have home advantage in the final, where they will take on the Limerick District League on a date to be decided.

See this week’s Kilkenny People for more action and reaction from the big game.