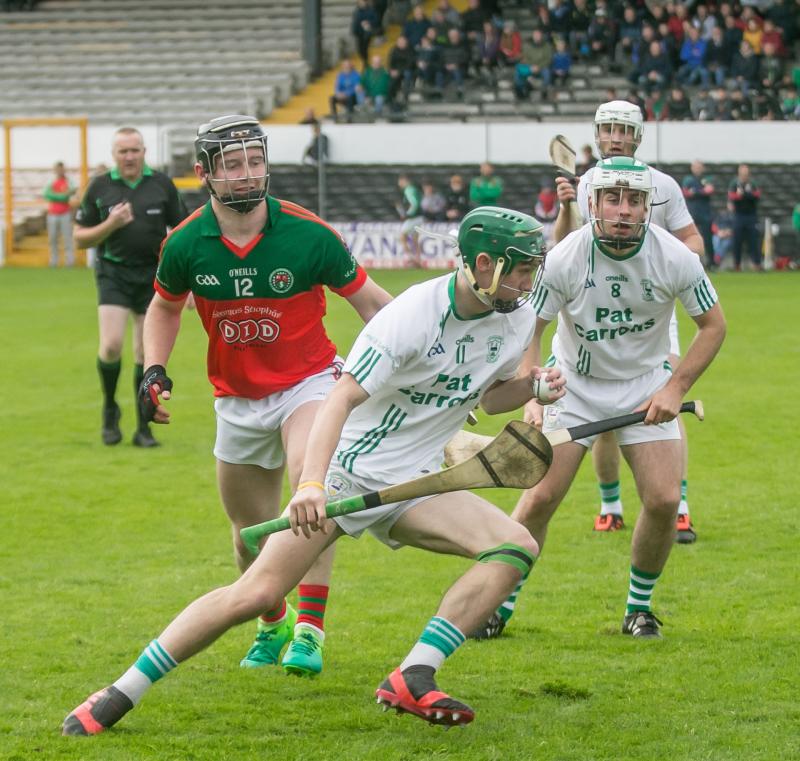 O’Loughlin Gaels maintained a good tempo throughout, and even then they had to work hard for this win over Mullinavat in the Kilkenny senior hurling league in Thomastown today.

A fifth minute goal from Conor Bergin put the winners in front, and although Mullinavat caught up at 1-5 each in the 14th minute, it wasn’t long before the city side got in front again.

They did so with a point from a free by Mark Bergin, but they conceded big when a well taken Jamie Fennelly goal left them behind (2-5 to 1-6).

Within seconds Davy Burke had the ball in the net at the other end to help drive O’Loughlin’s into an interval lead of 2-8 to 2-5.

The winners conceded the opening point of the new half to Ger Malone, but when O’Loughlin’s landed points by Bergin (2), Sean Bolger and Paddy Deegan between the 41st and 48th minutes to jump 2-14 to 2-9 clear they tightened their grip on the game and never relaxed it.