Kilkenny Soccer: A team win the battle of Evergreen! 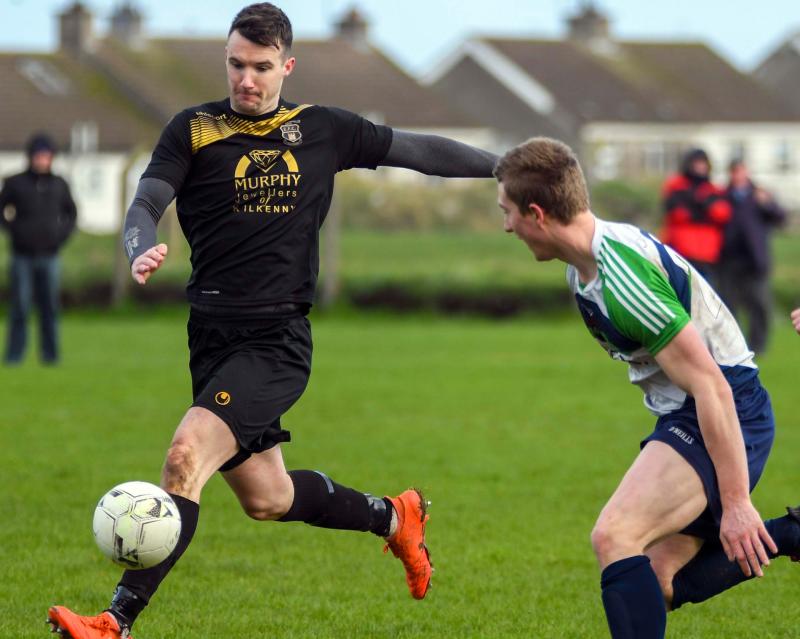 Lee Delaney was among the goals for Evergreen A

Evergreen A’s charge towards the top of the Kilkenny & District League’s Premier Division table shows no signs of slowing down.

The league champions made it six wins from six this season, continuing their game of catch-up, as they beat Evergreen B 6-0 under lights on the Kells Road tonight (Thursday).

Goals from defenders Niall Andrews and Lee Delaney fired Gary Maher’s side ahead, a lead they extended with a Tommy Earls penalty. A powerful strike from Sean Barcoe, coupled with further goals from Cathal Byrne and Ben Hickey, saw them wrap up the emphatic win.

The game was the first leg of an all-club battle between the two sides. They’ll meet again in the quarter-finals of the McCalmont Cup - another title Evergreen A currently hold - on Sunday morning.

The win moves the reigning champions into third place in the table, a position they hold with Thomastown United A. They will be back in league action on Good Friday, when they entertain Clover United. A win over the Rathdowney side will leave them level on points with Freebooters A and just one point behind league leaders Highview Athletic A, with two games in hand on both of their title rivals.

Despite a late slew of games - Evergreen A’s progress in outside competitions saw them fall so far behind in the league stakes that they played just one league game between September 2018 and the latter stages of January 2019 - the A team have delivered some impressive performances. While their defenders have also been scoring goals they’ve not conceded them.

So far they’ve let in just one goal from their six games. Fort Rangers have the honour of being the only side to score on Gary Maher’s men in the league this season.