Tommy Walsh would make any serious list of Kilkenny hurlers 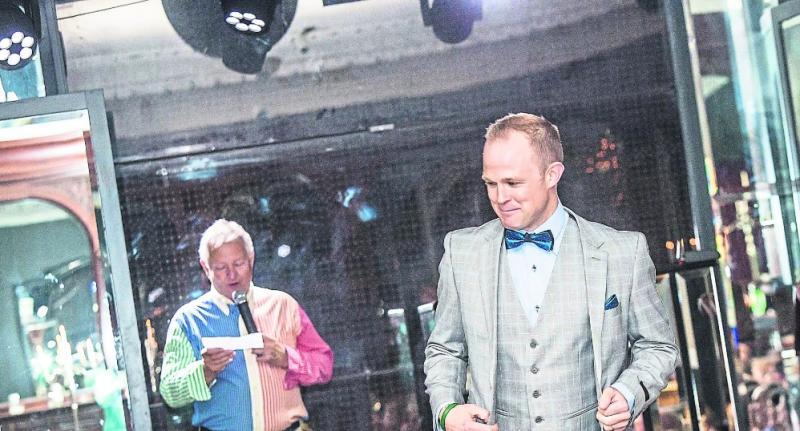 Tommy Walsh - stylish off the pitch, a mighty hurler on it

A minute or two before the final whistle at the new White Hart Lane last Tuesday, shortly after Son Heung Min had scored what would turn out to be the matchwinner in the first leg of the Champions League quarter-final against Manchester City, a text dropped from my old Sunday Tribune mucker Malachy Clerkin.
“Where does Son stand in the list of all-time most popular Spurs players at this point? Top 25? Higher?”
Probably higher, I responded, not only because Son has been having a blindingly good season but also because he plays with a smile on his face. He’s an incredibly endearing player. Fans love endearing players.
It got me wondering. Why are certain players popular? Why are certain players more popular than other, visibly more talented players? What is the indefinable something they possess that strikes a chord deep within the spectator?
Think of Brian Cody’s Kilkenny at their peak. Their best player? Possibly a dead heat between Henry Shefflin and JJ Delaney. Their classiest player? Probably a dead heat between Eoin Larkin and Richie Power, with the Cha Fitzpatrick of 2006-08 right there too.
Playground Hurler
But their most popular player? Tommy Walsh. Of course. The last of the playground hurlers.
Watching Tommy hurl was like watching an eight-year-old in action. He ran after the ball and he hit it, usually as long and as hard as he could. Nothing more abstruse or complicated than that.
We’re not talking of Gerard Manley Hopkins’s “the achieve of, the mastery of the thing” here. We’re talking of the total and utter simplicity of what Tommy did and the total and utter enjoyment Tommy took in it. He stirred the little boy in us all and he was adored – not admired; adored - for it. (The loudest cheer every night the All-Star hurling awards were being handed out? “And our winner at right-half back…”)
I decided to bring my good friend Jim Cashin, Oscar Traynor Trophy manager and inveterate Manchester United fan, in on the exercise. Who were Jim’s favourite Old Traffordians over the years? He cited four against the field.
Brian McClair, “honest and hardworking and a brilliant goalscorer”. Nemanja Vidic, “outstanding, old-fashioned proper centre-half – what would he be worth in today’s market?” Roy Keane: enough said. And Steve Coppell: “as a kid I can remember him bombing down the wing – a proper winger”.
Interesting quartet, isn’t it? No glammed-up superstars there. Four honest pros instead, which suggests that many of us are drawn to the blue-collar types of sport rather than its bluebloods. While we venerate a Cantona, we relate to a McClair or a Coppell.
I was musing on this weighty matter at my Kilkenny coffee house of choice last Thursday when John Knox NT – John Knox Gowran, as we might call him – happened by. Your favourite ever Kilkenny hurler, John?
“Am I allowed say DJ Carey?!”
No, John, you are not. He can’t be from Gowran and he can’t be a former pupil of yours.
“Okay then. Tommy Walsh from the modern era. And Pat Lawlor from the Kilkenny team of the 1970s. A real unsung hero. A Denis Irwin.”
Unsung Heroes
See? It’s the unsung heroes who float so many boats.
Although it would be pushing it to describe Sean O’Brien as falling into that category, he was one of the less probable Irish rugby stars of recent years. He was certainly no silver-spoon job. Farmers from Tullow tend not to be.
So yes, Brian O’Driscoll was a genius and Johnny Sexton oozed class and Paul O’Connell was hewn from granite. But was any of them more popular than O’Brien?
An unsung, or partly sung, hero is something to be.