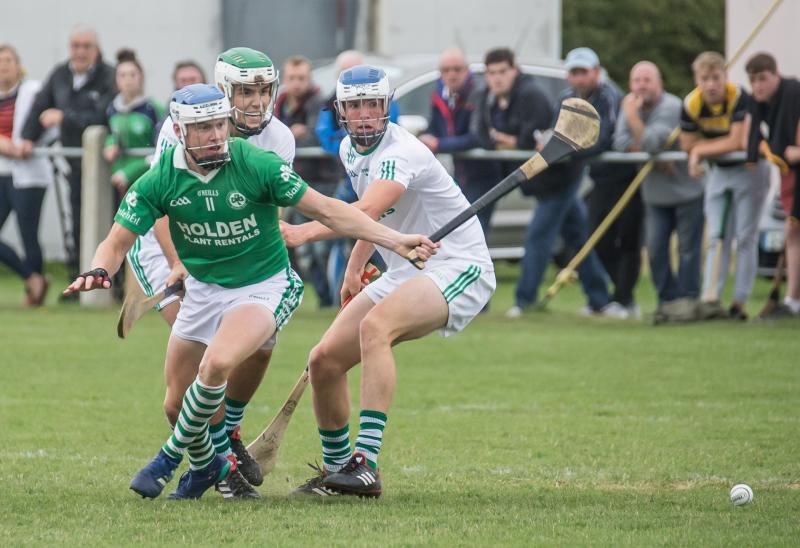 It was second time lucky for Ballyhale Shamrocks as they picked up their first win of the Kilkenny senior hurling league.

Beaten by Clara at John Locke Park in round one, they made no mistake on this trip to Callan as they got the better of O’Loughlin Gaels.

The city side made a fast start, taking an early lead thanks to points from Cian Loy (2), Conor and Mark Bergin (free) but Ballyhale roared back when Colin Fennelly batted the sliotar to the net after seven minutes (0-4 to 1-0). Seven points from TJ Reid followed, six from frees, enough to give the All-Ireland club champions the lead by half-time (1-9 to 0-8).

Led by Mark Bergin O’Loughlin’s charged back into contention in the second half. Bergin’s 11th point had his side back on level terms by the 50th minute (0-15 to 1-12) but Shamrocks made a late charge to take the lead again. Eoin Cody, Mark Gorman and Ronan Corcoran picked off scores from play, before a Reid free pushed them into a lead they wouldn’t lose.

Three points down in injury-time O’Loughlin’s had a chance to snatch a draw when goalkeeper Stephen Murphy came up to take a free close to the square, but his shot flew over the bar.