Race for Premier Division prize takes another twist in Kilkenny 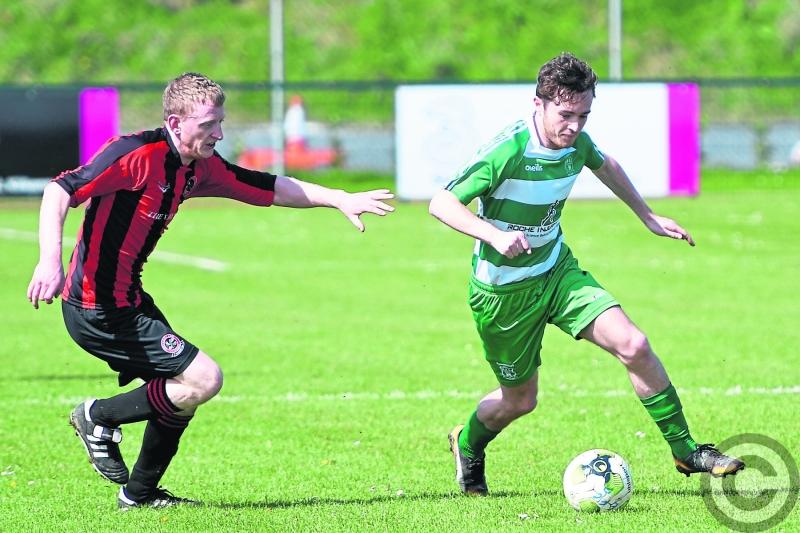 Ben Hickey and his Evergreen A team-mates face a busy run-in to their Premier Division campaign PICTURE: VICKY COMERFORD

The fixture list might have been smaller than usual over the Easter Weekend, but the junior section of the Kilkenny & District League was still ‘choc’ full of action!

The race for the Premier Division crown took another twist as Evergreen A afforded their title rivals a little breathing room at the top of the table.

Gary Maher’s side are playing catch-up on the rest of the division, with several games slotted into their schedule over the past few weeks. The champions began their busy weekend with a 2-0 win over Clover United on Good Friday.

Scoreless at the break, they took the lead when Ben Hickey broke the deadlock with a long range strike before Jamie Owens made sure of the points with a second goal in the closing stages, ending a one-two with Chris Whearty with a cool finish.

They had a chance to draw level with leaders Freebooters A on Easter Sunday, when they took on Deen Celtic A, but a 0-0 draw means they lie two points behind their cross-city rivals but with two games in hand.

Freebooters A made sure of top spot when they dealt another title rival a blow on Easter Saturday. The Blues travelled to United Park knowing a win over Thomastown United A would see them move top, two points above Highview Athetic A and six clear of United.

Just like in their McCalmont Cup quarter-final meeting the visitors made a great start, taking the lead through David Grincell after just 14 minutes.

They held that lead until after the hour, when Danny Monks levelled matters for the hosts but Conor English, who scored both goals in that Cup win over United, had the final say. He struck the winner 10 minutes from time to send ’Booters home with all three points.

The games are coming thick and fast in the top flight, with several crunch ties down for decision this week. Evergreen A will take on Highview Athletic A on Thursday, with top spot in the table the prize for whichever side wins the game. Next Sunday could also have a big say in who is crowned champion this season. Freebooters A play host to Evergreen A at 11 while, at the same time, Highview take on Thomastown in another local derby.

Newpark’s A team continued their impressive season with two good results in separate competitions. They wrapped up their Division Two league campaign in style on Good Friday, confirming their coronation as champions with a 7-0 win over Evergreen 46. 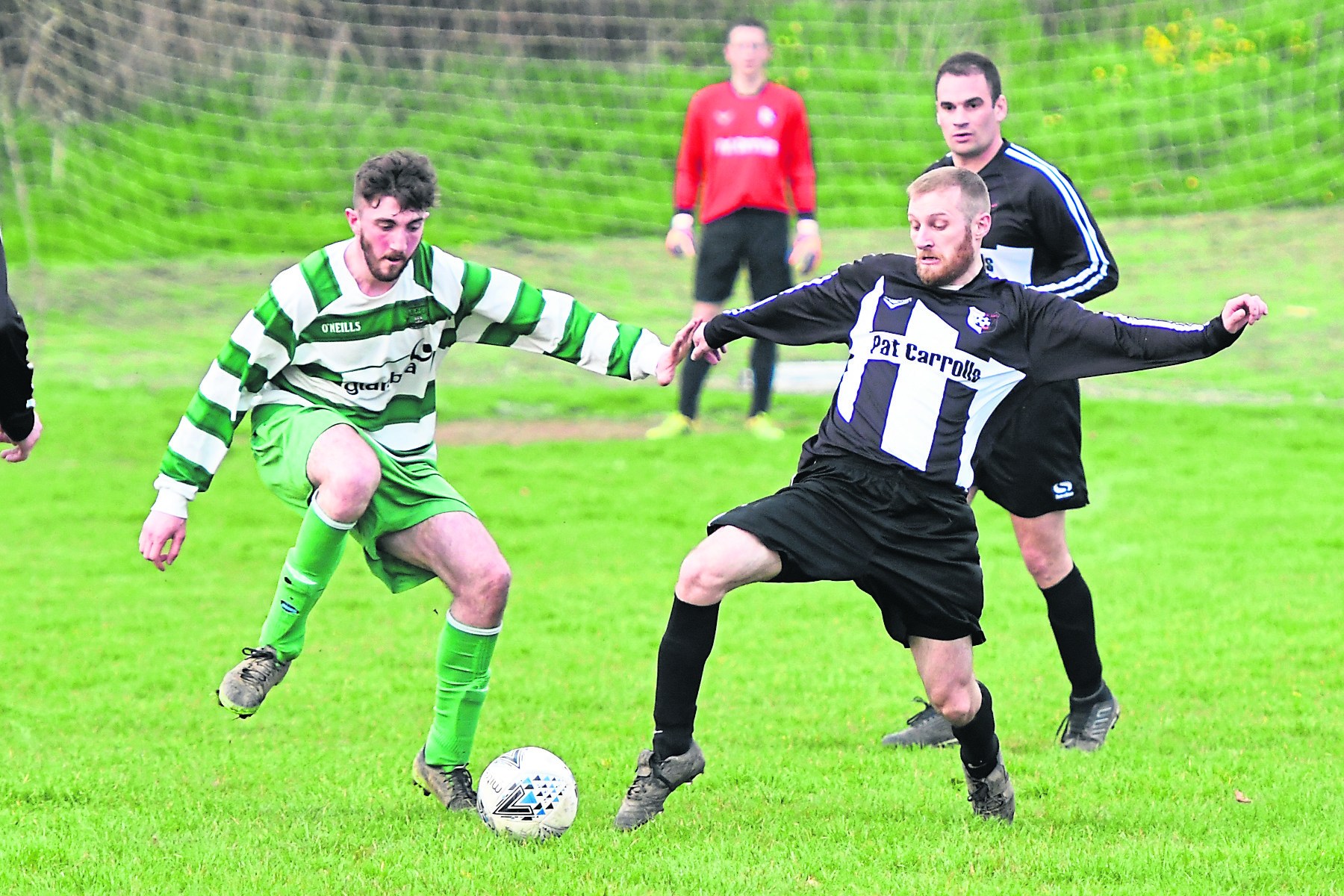 Henry O’Neill led the way with a hat-trick for the city side, who also have a McCalmont Cup semi-final to look forward to, while Ger Wall, Chris Connolly and Joey Walsh were also on target.

They continued that good form into Easter Sunday, marching into the Divisional Cup final thanks to a 3-2 win over Ormonde Villa. They’ll have the chance to add that title to the trophy cabinet when they face Castlewarren Celtic in the decider this Sunday.

Elsewhere East End United made sure they would join Newpark in Division One next season when they beat River Rangers 3-1 in Bennettsbridge.

Needing a win to leapfrog Ormonde Villa and take the second promotion spot they made a great start, going 2-0 up early on through Kevin Brennan and Mick O’Neill. Brendan Burke’s second half penalty made for a nervy time for the home side, but Dylan Walsh’s fine strike saw them end their season on a high - and with their second successive promotion.

It wasn’t all bad for River Rangers. Newpark’s win meant they survived the drop, albeit at Evergreen 46’s expense.

Finally, there was more success for the Freebooters under-19s. Fresh from their Henderson Shield final win over Evergreen B, they added the league silverware to the trophy cabinet when they beat Evergreen A 3-0 at the weekend. Success Edogun bagged a brace, with Jamie Reid also on the scoresheet, as they capped a fine season.