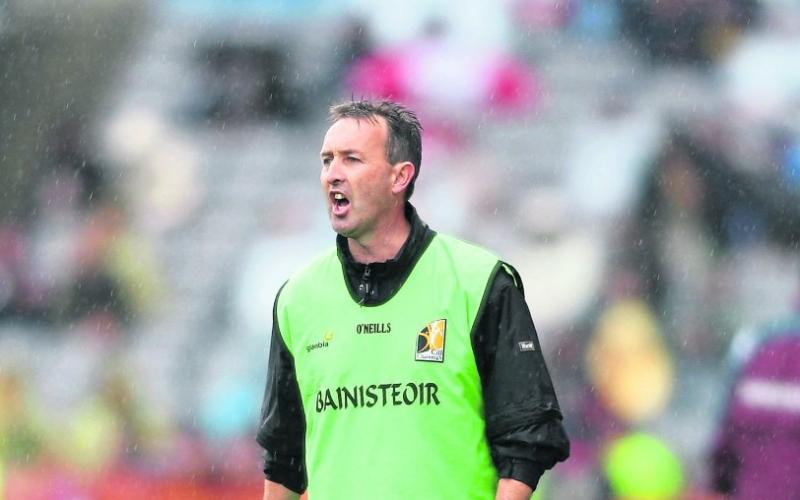 The changing of the age limit for minor hurling from under-18 down to under-17 was no bad thing and Kilkenny manager, Richie Mulrooney, sung the praise of the new format following his charges battling second victory in the Leinster championship.
The championship was all about nurturing young talent the Dicksboro clubman insisted following Saturday’s second round win over Wexford in Enniscorthy, and that was the way the competition should be viewed.
“This championship is all about the development of young hurlers,” insisted the former All-Ireland winning manager. “I said it last year. The minor grade going back to under-17 was no bad thing. People should see it as a move to develop young players,.
“Our players are really developing under this system,” he insisted. “There is no negative to the make-up of the championship as far as we are concerned. Even if we had been beaten I would still be saying the same thing.”
He added that for a young lad of 16 or 17 to come down and play for his county in front of a big Wexford crowd, and a good Kilkenny crowd too in Enniscorthy, was a wonderful experience.
Growing up
“He is only growing up as a hurler,” the Clara national school principal insisted. “Sure only last year or the year before he was playing under-14.
“Let them blossom. Some of these lads could serve Kilkenny very well in the future. They are so honest. Their work-rate is so good. They are willing to listen and learn. We crept over the line, but we were delighted to do so.”
And now the players were in for another big experience when they play Offaly in the curtain-raiser to the Kilkenny/Dublin Leinster senior hurling championship clash in Nowlan Park on Saturday.
The Cats reckon they are already through to the provincial quarter-finals, but if they can claim a third victory it would give them a favourable draw for the semi-finals.
“We are really happy to get the win,” Mr Mulrooney said of the near thing against Wexford. “Two games, two wins, that’s as good as it gets. As a group when we started if we were told we would beat Dublin and Wexford in our opening two league matches, given that there can be so many developments during the coming weeks, we would absolutely have taken the victories.
Delighted
“We are delighted with the lads. There are no super stars in the group. There are no egos. They are really great lads to work with. We are all delighted for them.
“They see that work-rate can get you over the line.
“What a game the players face next Saturday. The play the curtain-raiser to the Kilkenny versus Dublin match in the Leinster senior championship, which is creating massive interest.
“With regards to the development of the squad I would say playing next Saturday in front of a big crowd in Nowlan Park, sure what is it worth, months of training?
“I think the experience will be wonderful for the players.”
Mr Mulrooney said it was tough going against a good hurling Wexford side. He felt Enniscorthy was a difficult place to go to and win, as Wexford Park always is.
“We played against the strong breeze in the first half; and against a significant hill,” he recalled when he looked back on the game. “At half-time I thought we had done quite well to keep the gap to three points.
Push on
“Now Wexford were down to 14 men at that stage, so we should have been able to push on. But the way Wexford play with a man back and running off the shoulder or whatever it took our lads a little time to get to grips with that.”