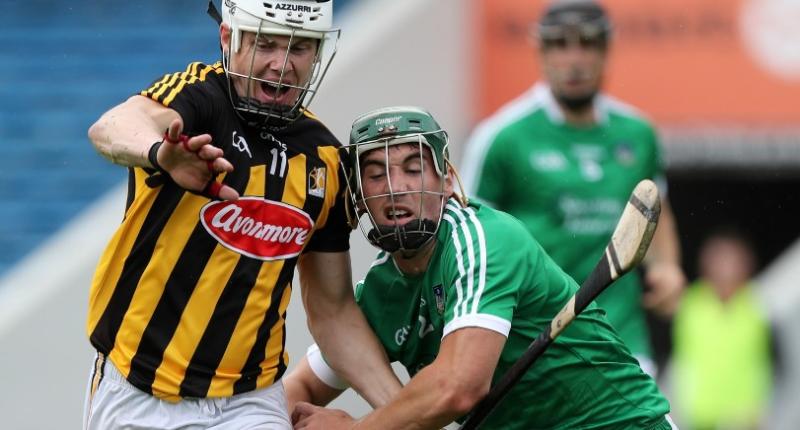 TJ Reid was the star man

Kilkenny reshaped their team during the second half and thundered to a thrilling win over Dublin in a sizzling Leinster senior hurling championship first round game in Nowlan Park this evening.

Team skipper, TJ Reid proved himself to be a real leader, shooting a terrific 2-12 as he led Kilkenny to victory.

Dublin tore into the opposition from the start, and there were times during the opening half when they looked really threatening.

The Cats turned on the power after the turn, and with Reid leading the way by rifling two goals and Padraig Walsh an absolute force at centre-back they dragged together a super winning performance.

Brian Cody had five players making their championship debut, and they all stepped up to the plate.

The losers led by 1-13 to 0-12 at the break after playing well, very well at times. The winners earned parity in the 46th minute when Reid pieced a lovely move together with Ballyhale Shamrocks colleague, Colin Fennelly before shooting to the net (1-15 each).

Twice subsequently the teams were together, but Kilkenny struck a serious blow in the 56th minute when they nabbed another goal. Colin Fennelly won a huge clearance from Huw Lawlor, and when he was fouled Reid shot the Cats into a 2-16 to 1-17 lead from a penalty.

Kilkenny powered on strongly from there and they kept the Dubs in a tight bind until the finish.

It was helter-skelter action from the throw-in. Dublin were full of movement and menace. The opening two points were shared by Alan Murphy and David Treacy (free).

The next four scores were also shared, but when Dublin hit the front with a goal from a penalty in the eight minute they got a huge lift.

The penalty was awarded when Liam Rushe was fouled after taking a pass from Fergal Whitely. Centre-back Sean Moran belted the ball into the net to put the visitors 1-3 to 0-3 in front.

Kilkenny battled on and points from Alan Murphy and Walter Walsh had the gap back to the minimum. It was the same on the quarter hour (1-5 to 0-6), but when Dublin put points together through Danny Sutcliffe and Sean Moran (free) they were moving really well.

Padraig Walsh charged up the field to score a good Kilkenny point in the 22nd minute, but Dublin’s response was massive. Danny Sutcliffe, Liam Rushe, David Treacy and Fergal Whitely after a great block down on left by Treacy all landed points to shoot them into a good 1-11 to 0-8 lead in the 27th minute, their biggest of the half.

Rushe won a second penalty in the 34th minute after fielding a high ball from Chris Crummey. Sean Moran extracted maximum reward, shooting them into a merited interval lead of 1-13 to 0-12.

TJ Reid produced three scores for Kilkenny before the 42nd minute to inject a bit more belief in the troops. When he levelled it at 1-15 each when shooting a goal in the 46th minute the momentum was with the Cats, and they roared on home.