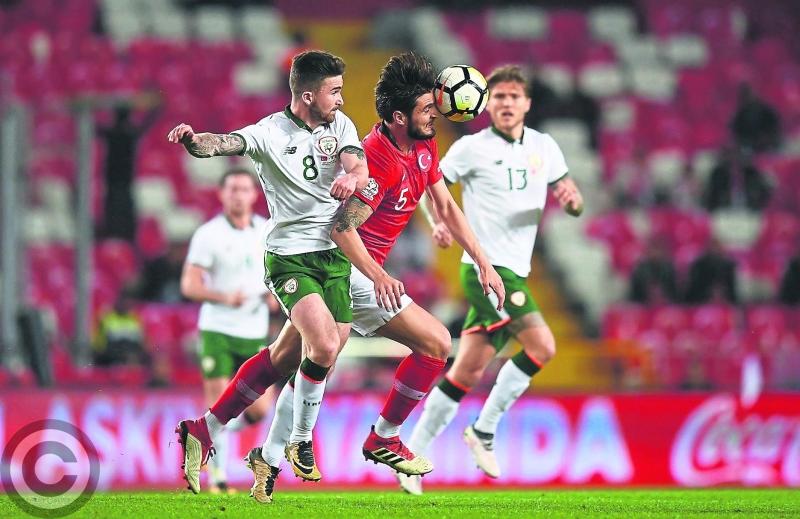 Seanie Maguire has been included in the Republic of Ireland squad for the forthcoming pair of Euro 2020 qualifiers.

Republic of Ireland manager Mick McCarthy has included the Kilkennyman in his squad for the games away to Denmark on June 7 and home to Gibraltar on June 10.

New to the squad is Ireland Under-19 midfielder Luca Connell. The Liverpool-born youngster - who broke into the first team set-up at Bolton Wanderers this season - featured in last year's UEFA European Under-17 Championships.

"Luca deserves this opportunity," said McCarthy as he brings his squad to Faro, Portugal for a training camp ahead of the two Group D qualifiers.

"With midfielders Conor Hourihane, Glenn Whelan and Josh Cullen all on play-off duty with their clubs in the coming weeks, this is the perfect chance to get Luca into the squad.

"He has had a fine season with Bolton playing 15 times in total and even with their relegation troubles, he has impressed so many people. I know a number of big clubs have sent scouts to watch him so this is a chance to get him in to work with the senior players and see how he gets on."

McCarthy has cut his provisional squad down to 27 players, with 23 travelling to Portugal and the play-off quartet of Richard Keogh, Glenn Whelan, Conor Hourihane, and Josh Cullen set to join up in Dublin before the trip to Denmark.

The Irish players and management will gather in Faro from Tuesday with the Championship and League One play-offs now on their television schedule.

"We will miss the lads in Portugal but we will be tuning into their games," said McCarthy as he revealed his final squad.

"I’m sure there will be divided loyalties when Glenn and Conor take on Richard but Josh might get a clean run at the support of the squad when Charlton play Sunderland.

"The benefit for us is that the four lads will be firing on all cylinders when they join up with the rest of the group in Dublin at the end of the month."

*Indicates the player is on loan