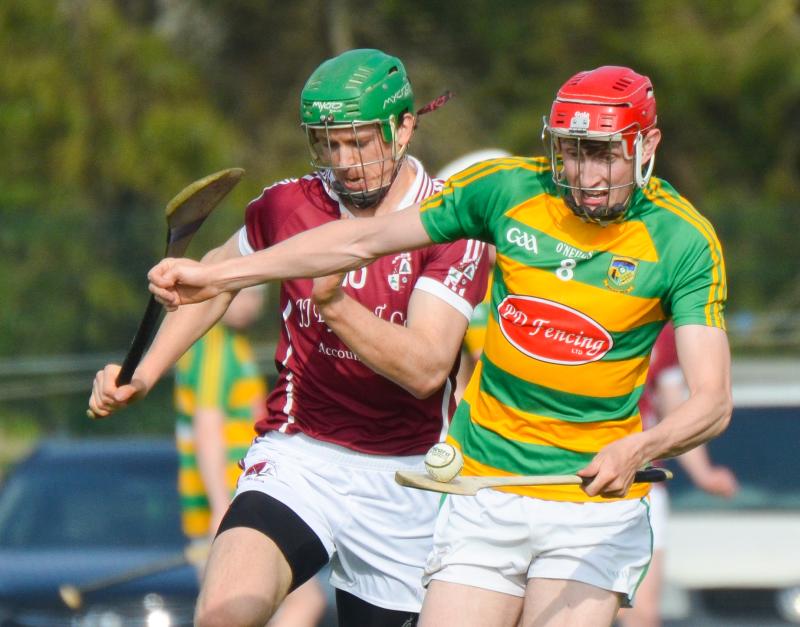 An injury-time Jamie Harkin free saw Bennettsbridge claw their way to a share of the points as they reeled in Mullinavat with a late charge.

Harkin’s last score, picked off from half-way down the Ballyhale pitch, saw the sides go home with honours even after an entertaining affair on Tuesday evening.

The ’Bridge were quick off the mark, exploding into the lead with a Ciaran Brennan goal inside 30 seconds. They went 1-2 to 0-0 score up inside three minutes but Mullinavat posted an equally swift reply, John Walsh helping to level things up within minutes.

That set the tone for the first half – both sides had good spells in front of the posts, but two more ’Vat goals (the first found the net via a deflection off ’Bridge defender Jason Cleere, the latter via Joey Gahan’s fine strike) had them ahead by the 24th minute (3-4 to 1-6).

Bennettsbridge were in a bit of bother, but five unanswered points from Brennan (0-2), Harkin, David Blanchfield and Willie Murphy saw them go in with a narrow lead at half-time (1-11 to 3-4).

The ’Bridge kept their foot on the gas in the second half, stretching their lead to five points (1-18 to 3-7) by the 50-minute mark. Harkin led the way with some excellent frees, including two scored from inside his own half, but they couldn’t kill off Mullinavat’s challenge.

The ’Vat ramped up the pace in the final 10 minutes to take the game by the scruff of the neck. Sparked by Ger Malone’s goal they kicked on, hitting 1-5 without reply to storm into the lead by the end of normal time (4-12 to 1-18).

Bennettsbridge were in trouble, but remained calm. Harkin (free) and Kevin Blanchfield brought them to within a point, before Harkin’s late late free saved the day.