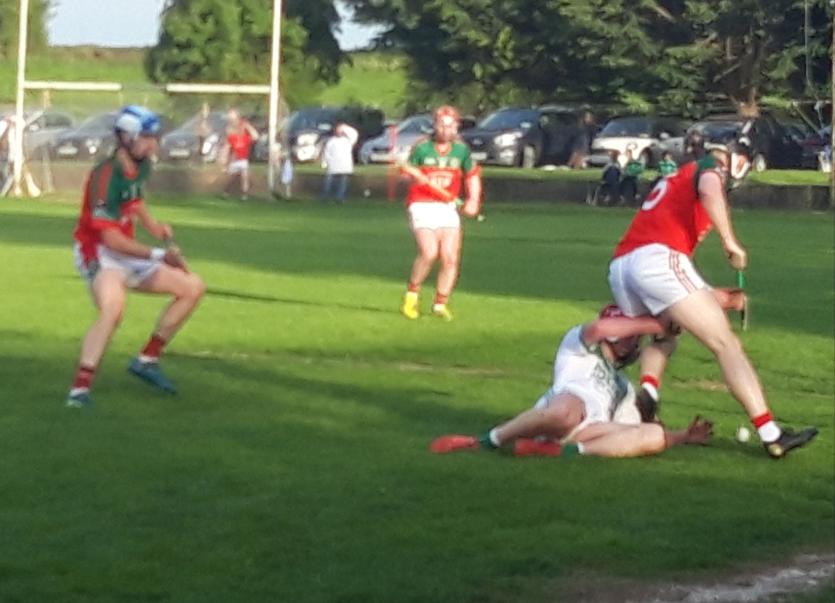 Action from the clash between James Stephens and Ballyhale Shamrocks

James Stephens secured their first win of the St Canices Credit Union SHL leading all the way against a depleted Shamrocks at Hugginstown.

A Tadgh O Dwyer goal in the first half and the unerring accuracy of Eoin Guilfoyle helped the Village to a 1-12 to 1-3 half time lead.

Ballyhale, without Colin Fennelly and Joey Holden in particular,   improved in the second half but the experience of sweeper Eoin Larkin complimented the enthusiasm of Guilfoyle, Niall Brassil, Conor Browne and Cian Kenny, who had a fine first senior start.