Lyng stars as Rower go to top in Kilkenny league 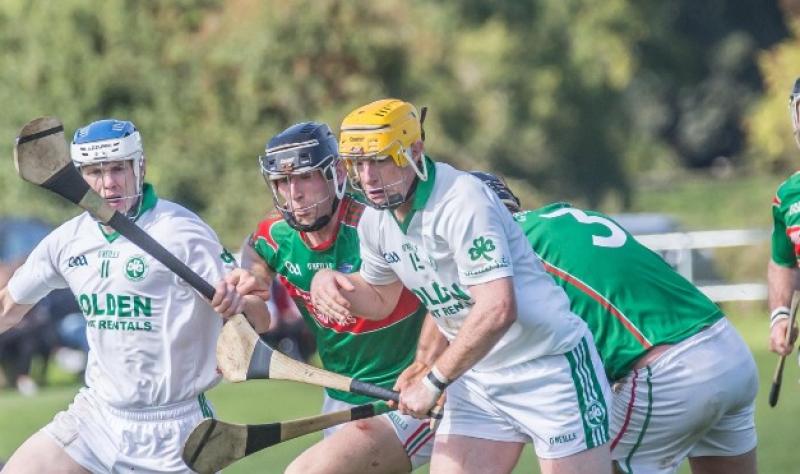 Joe Lyng (centre) was the star player for the Rower-Inistioge

The Rower-Inistioge took control from an early stage and they turned in a well rounded performance afterwards to claim a good win in the Kilkenny senior hurling league that left them sharing top spot in Group A.

Graigue-Ballycally, who opened backed by the cold breeze, went toe-to-toe with the opposition early on. However, when the Rower got in front with a nice point from the sweet moving and shooting Ciarán Ryan in the 11th minute, they never looked back.

The winners proceed to dominate the opposition, with their half-back line of Sean Lyster, Joe Lyng and Jack Walsh standing very strong. When Conor Joyce belted the ball into the net in the 20th minute to take the Rower 1-6 to 0-4 clear they were firmly in control.

At half-time the winners led by 1-9 to 0-5, and that was after shooting eight wides.

Graigue conceded the opening point of the new half to Conor Joyce after he spectacularly fielding a high ball.

When free taker David Kelly added another minor to edge the Rower 1-11 to 0-5 clear in the 34th minute it was obvious that Graigue would need something big to get them back into the match.

They didn’t get it. With Joe Lyng a tower of strength at centre-back for the Rower, the losers didn’t get much of a chance to make much gains either.

Young Ryan and Kelly continued to pile up the scores and the Rower were good winners in the end.