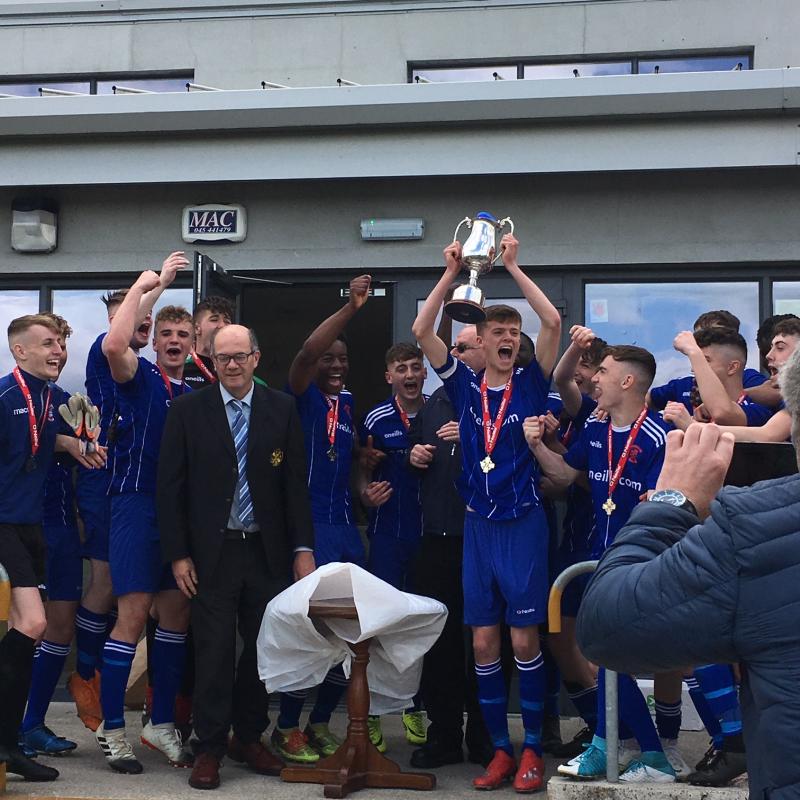 It was a glorious day for Freebooters as they finally got their hands on the Leinster Youths Cup.

Two goals apiece for Man of the Match Jim Ryan and Success Edogun saw the city side eat St Kevin's Boys to become champions in Suncroft.

Ryan ended a bright first half when he broke the deadlock in stoppage time, lobbing Kevin's keeper Ross Leonard.

The Dubliners were dangerous at times and drew level after the hour. Freebooters had penalty claims waved away before, in a counter-attack, the Saints won a spot kick of their own. Darren McCormac hammered it home.

With no more goals in normal time - Leonard did make a fine save to beat out Mikey Clifford's injury-time free - the sides had to battle through extra-time. Freebooters found a new year and went ahead again when Ryan lashed home Niall McEvoy's low 98th minute cross.

Kevin's pushed hard for a way back into the game but were dealt a blow when reduced to 10 men. A man and goal down they had to go for it but two quick 'Booters counter-attacks, finished with precision by Success Edogun, helped the Blues get their hands on the trophy.