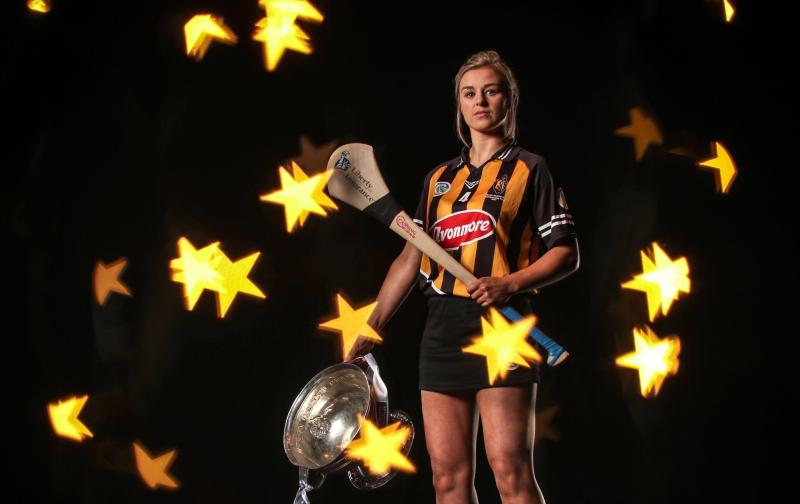 Grace Walsh is deadly serious about the excitement of crossing swords with Galway at the very start of the Liberty Insurance All-Ireland Senior Camogie Championship.

They know each other well now, regular opponents it seems in the early stages of summer fare. Kilkenny got the better of the westerners in last year’s All-Ireland Semi-Final but it was Galway who had the upper hand in the National League decider at Croke Park in March, in a manner that brooked no argument about the verdict

Walsh was among the absentees on that occasion due to injury and is itching to get the summer under way.

She rejects any notion that it might be preferable to play Galway later. That Group 1 commences with such a blockbuster tie only serves to accentuate the Championship vibe, she maintains.

“Everyone is very excited” says Walsh with a beaming smile. “Everyone is chirpy in training and everyone is just trying to get on the team for the day.

The teak tough Tullaroan defender is sporting the scars of a battle from the Leinster Final victory over Offaly but welcomes them, having had to sit out the League Final.

“Tore a tendon in my ankle. I was out for six weeks. I was only back running after six weeks. I was gone for about eight to ten altogether. I was buzzing to be back. I was back for the Quarter-Final against Dublin. It was really nice to get back, get the match fitness up.”

Having lost the last two All-Ireland Finals by the minimum margin has been desperately difficult to take but you get back up on the horse or you walk away and Kilkenny, with Ann Downey still at the helm of a reshuffled coaching set-up, will be leading contenders once again.

“It is equally as hard every time. I don’t know if it gets harder. You are probably like, how did we not do it again this year? Last year, going into the All-Ireland Final, on the day in my head I was fully convinced that we were going to win.

“It didn’t work out for us and there is no point in looking back on it because we can’t change it. It is all about 2019 and we will have our names on the cup for 2019.

“You use it to motivate you to a certain extent. But you don’t want to be gearing up to go out just to beat a certain team. You are going out really to win the game whether it is Cork, Limerick, Offaly, Galway.”

The game will be streamed live by Liberty Insurance in a move that Walsh believes will help grow Camogie.

“It is very important. It is absolutely brilliant that they have brought that on board this year. If someone looks, for example, at Kilkenny and Galway’s game and it was a really exciting game to watch, they are going to be like, ‘Jesus, I might go to the next game now because it will be good to look at.’”