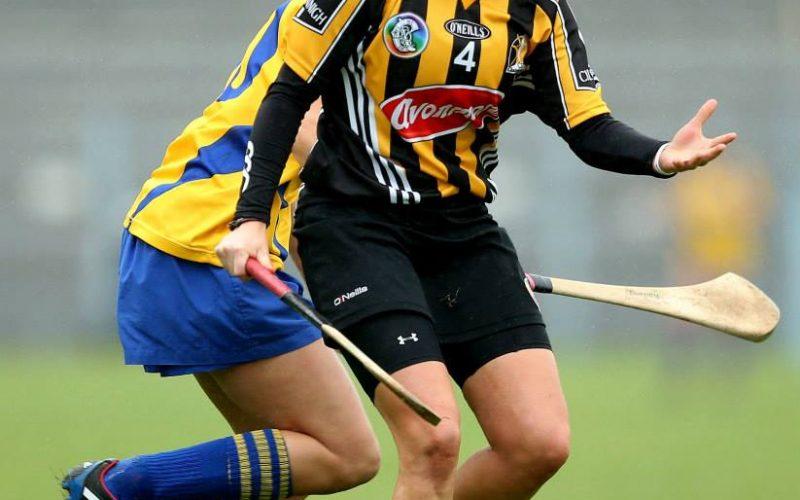 Kilkenny made full use of home advantage to notch their third Group One win in the Liberty Insurance senior camogie championship as they overcame a struggling Offaly side.

A somewhat stop-start phase of play early in the game enabled the underdogs to eke their noses in front in the early stages however it was soon clear Kilkenny were only going through the gears as they ran out 2-17 to 2-7 winners.

Upon the resumption Mairéad Teehan did her best to keep the scoreboard ticking for the Faithful but with Gaule in imperious form, both from placed balls but from open play, but there was no stage when Kilkenny seemed to be under any real pressure.

A wonderful Teehan goal caught everyone in the ground napping as she found the net from a 14 yard free. The Offaly attacker went low when Kilkenny players on the line went high to trim the gap on the scoreboard. The game petered out in the heat however with Miriam Walsh adding to her tally, while Offaly suffered further disappointment at the end of a spirited performance as Ciara Brennan and Gráinne Egan were dismissed after picking up two yellow cards each.

The sun beamed down on Nowlan Park for a double header and the action in the Suir-side derby between Tipperary and Waterford was no less hot as a brace of goals at the start of each half did the business for the Premier County. They prevailed by 4-11 to 2-14 in the Group two fixture held at the Kilkenny venue.

Having only scored a point in the second half last week in their defeat to Dublin, Tipperary were under the guidance of interim manager Niamh Lillis for this one, following the decision of Bill Ryan to step down during the week due to health reasons. They shot into an early lead thanks to two quick goals. Ereena Fryday batted in the first before Megan Ryan added a second.

For Waterford, Annie Fitzgerald took the initiative and played a key role in bringing the Déise ladies back into it after influential Tipp dual star Orla Dwyer went off injured. The Waterford centre forward was fouled for a penalty after a superb run driving run, with Beth Carton stepping up to finish off the opportunity. Fitzgerald herself goalled on the half time whistle to give Waterford an unlikely 2-6 to 2-5 lead.

The second half began in similar fashion with Fryday finding the net directly from the throw in and then Grace O’Toole quickly following with a fourth green flag. Cait Devane showed both bravery and exquisite skill to assist O’Toole for what seemed like it would be a critical score, despite absorbing a heavy tackle after delaying the deft hand pass in the build-up.

Carton lead the fightback for Waterford, landing six second half points but unlike the first period where they were reeled in, Tipp held out. Cáit Devane had the final say with two of the final three scores to ease them over the line for their first victory.

In Croagh, Limerick were pushed by Wexford, who impressively dusted themselves down after a crushing 43-point loss to Kilkenny last weekend in Group One.

The Model county were right in contention the whole way through before falling away in final quarter.

An early Linda Bolger goal set the tone for Wexford and it was clear that there was going to be no repeat of last week’s landslide when the two sides went in at the break tied, 1-6 to 0-9.

Niamh Mulcahy was relentless all afternoon for Declan Nash’s side and ended the game with 14 points in total.

In the final ten minutes Caoimhe Costelloe removed all doubt with an emphatic major to give Limerick their second win, 1-18 to 1-10, setting themselves up with a great chance of reaching the knockout stages.