Meet the Wonder Women of the Kilkenny triathlon scene! 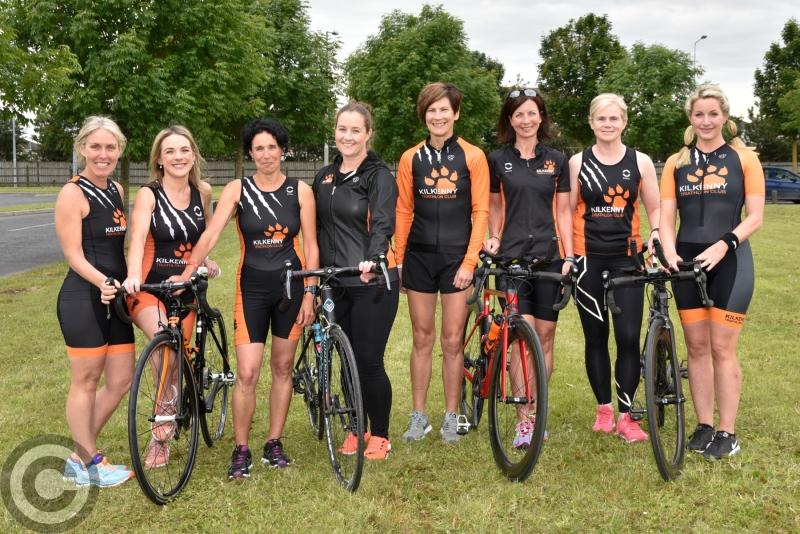 The triathlon season is now in full swing, with participants travelling the length and breadth of the country to get their fix - and Kilkenny people are no different!

The Kilkenny Triathlon Club is one of the most recognisable associations on the national scene, the distinctive black and amber colours worn at events all over Ireland.

Triathlon is also a sport where female participation is always growing. The People spoke to a number of KTC’s women, from newcomers to seasoned Ironmen participants, about their experiences with the club and how beneficial it can be to give tri a try!

While the health kick is a key benefit, joining a club can also be a great way of getting to know people.

“I moved to Kilkenny last year and, not knowing anyone here, said I have to join a club of some sort,” explained Lisa Shortall. “I tried my hand at triathlon last year to see if I liked it, so I said I’d join the Triathlon Club.

“Roisin (O’Brien) had helped me along when I did the Try a Tri in Kilkenny,” Lisa added. “I was a bag or nerves but she gave me such great advice on the morning of the event and put me at ease. I was delighted I finished it, so this year I said I’d go all-in and join the club.”

For others, tackling a triathlon offers the chance to try new sporting ventures.

“When I was younger I played a lot of camogie so I always loved sport,” said Brid Quirke. “I was in Fit4Life and wanted to expand that into something else. I took a few swimming lessons, bought a bike and then signed up to do a triathlon.”

The exercise element is one thing, but the club is more than that.

“There’s a real social side to the club,” Brid explained. “There is a sense of team morale, with everyone encouraging each other in events. The organised training sessions are excellent, while there’s a real sense of achievement when you compete.”

That feeling of achievement was echoed by another club member, who used her first event as a springboard for the ultimate triathlon test - the Ironman course. 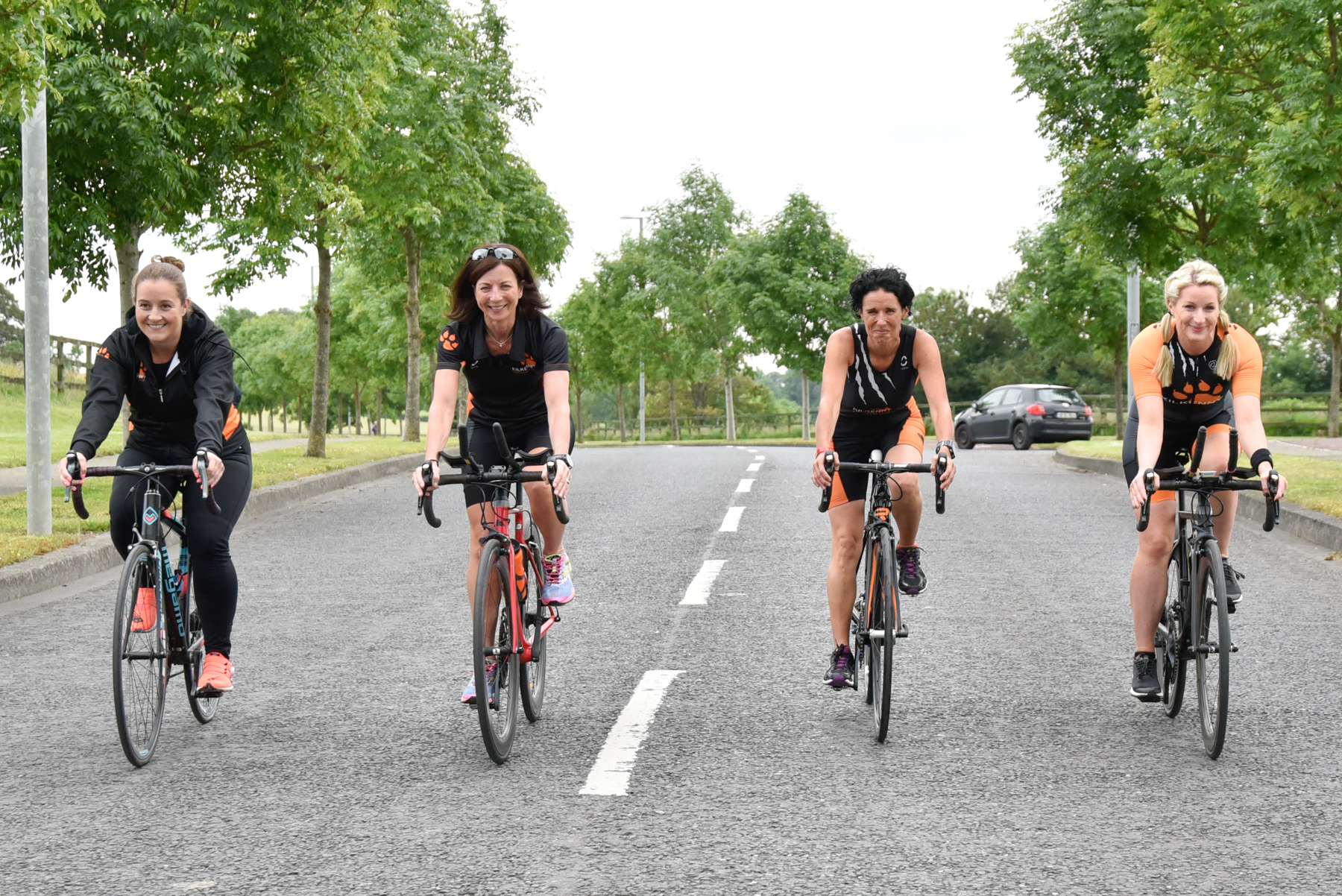 “My story would be similar to Brid’s,” explained Louise Ruane. “I did the triathlon in Graignamanagh a few years ago, and enjoyed the day so much. It was such a beautiful day that, when I finished the event, I remember thinking ‘I have arrived’.

“It was so lovely to complete the event and experience that feeling of camaraderie,” she added. “I would have had a background in Fit4Life too, done some running, while I also loved open water swimming so this was a chance to combine those loves.

“Since 2015 I’ve done some halves, did Challenge Galway and the half Ironman in Dublin a couple of times. I did a full Iron Man in Austria last year and my second in Cork (the first full Ironman to be held in the country) this year.

“I can’t stop now,” she said with a smile. “I love the feeling of accomplishment. It helps as well to be part of such a great club. The spirit here and positivity is something else, as are the friends I’ve made through being a member.

“Everyone is some welcoming and encouraging of people of all abilities,” added Louise. “The Tri club caters for everybody - some are better swimmers, some are better runners and others are great at all three but you do it at your own level. You’re competing against yourself - you want to be as good as you can be. For me, that’s what it’s all about.”

For others, the club’s feeling of inclusion has been a real boost - no matter what age you are.

“What is brilliant about the club in Kilkenny, and triathlon clubs in general, is that they break the myth that sport ends for women after 30,” said Heather Purcell. “While you have other commitments like work, family or whatever, this club and Triathlon Ireland are about encouraging women to get into sport.

“I think it’s brilliant the way you get so much help, no matter what age you are, while it’s also promoting the health and social aspect. It’s a great way to enjoy your day.”

Getting women involved in all sports, not just triathlons, is something this group of club members felt strongly about.

“I did Barcelona Ironman last year and when I went to the registration I was struck by how very few women had stepped up to Ironman level,” said Sandra Connolly. “I felt it was a little sad - women should know that triathlon at any level is achievable. If you have a dream, it’s there for you. Women should be empowered and told to believe in themselves and go for it.

“I didn’t come from a sporting background,” she added. “You’re nervous coming into it, but the support is there and the help too. Asking an older member of the club can be some of the best advice you get - they’ve been there and done it and can help you along.”

And that help will be on show when the Kilkenny Triathlon swings into action this month. The city will be bursting with pride as it plays host to this year’s event.

“Kilkenny is so good because it’s so central,” said Heather Purcell. “There are so many options amenity-wise that it’s a win-win venue for everyone in Kilkenny, whether you’re a spectator or an athlete, are here to cheer a family member on or even own a local business. Fingers crossed we’ll get good weather for it this year.”

It’s that enthusiasm which club organisers reckon will make this year’s event a success.

“Our reputation precedes us,” said long-serving member Karen Ryan, who was also the race director for the 2019 Duathlon. “We’re known for having really good triathlons and duathlons which, thankfully, have all run really smoothly, while having Kilkenny Castle as our base is a massive attraction for people who have never been to Kilkenny before. The event is very family-friendly, with plenty of spots to catch all the action as it goes on.”

And it helps that the club has plenty of people willing to lend a hand.

“I was the race director for the duathlon this year and the amount of support and help I got was unbelievable,” she added. “A lot of club members marshalled, which is great for participants. As triathlon people they know how hard that run is, how tough a cycle can be. That encouragement, as they’ve been there before, is special.”

With so much support from members, whether it’s giving that encouraging roar on a testing run or a handy hint pre-race, the group loudly agreed that they would encourage more people to join up. 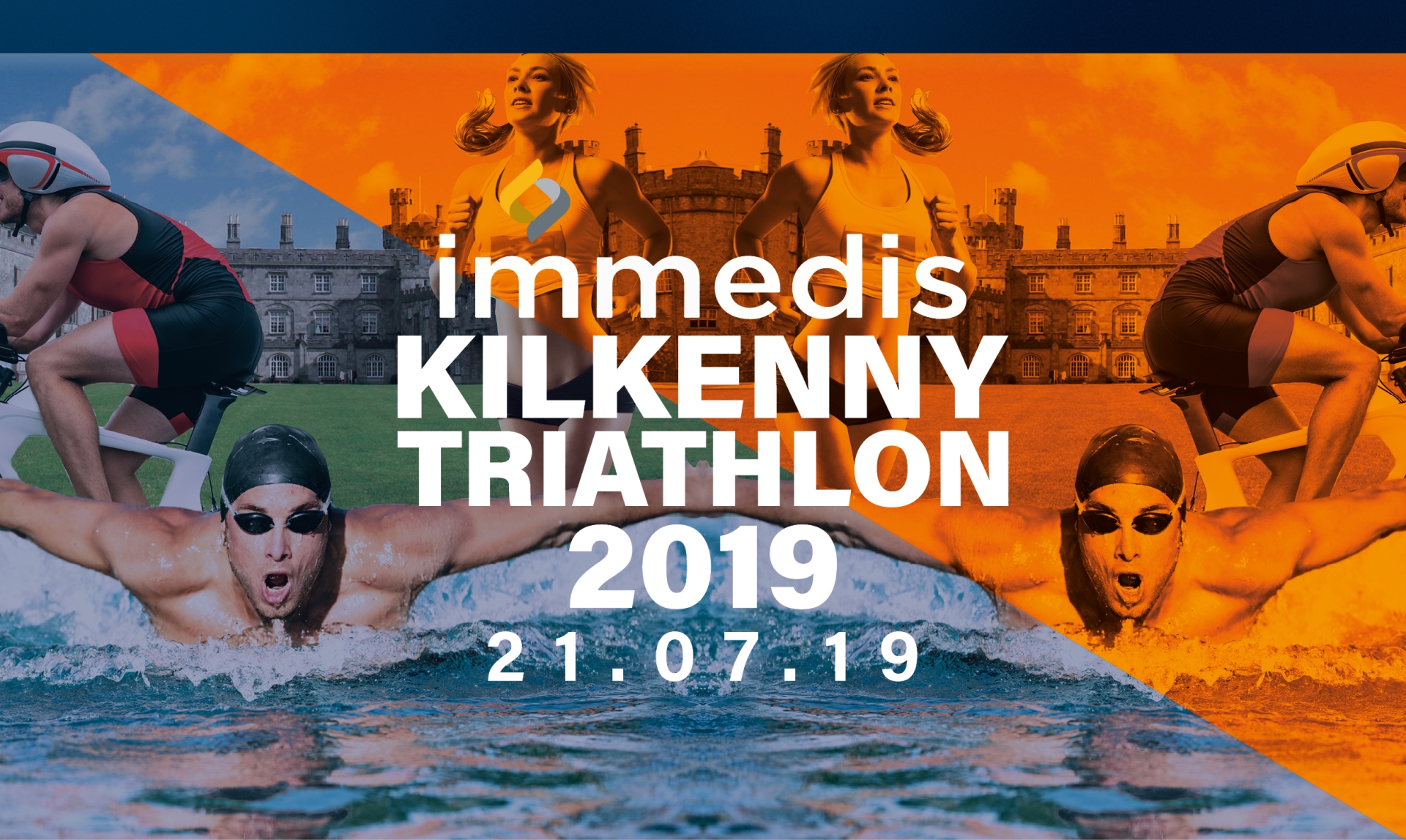 “Absolutely - even if it’s only for the health benefits alone,” said Brid. “The sense of gratitude to be able to do the training, not to mention the friends you make it worthwhile. You might not want to compete but, once you start training you’ll want to give it a go!

“We hear so much about mental health and anxiety nowadays; there’s more and more evidence out there that exercise is one of the best ways to help,” she added. “I always say to people that after coming in from a hard day’s work that if you get into a river you will definitely forget about that email you meant to send!”

The Immedis Kilkenny Triathlon will be held on Sunday, July 21. To register, click here: