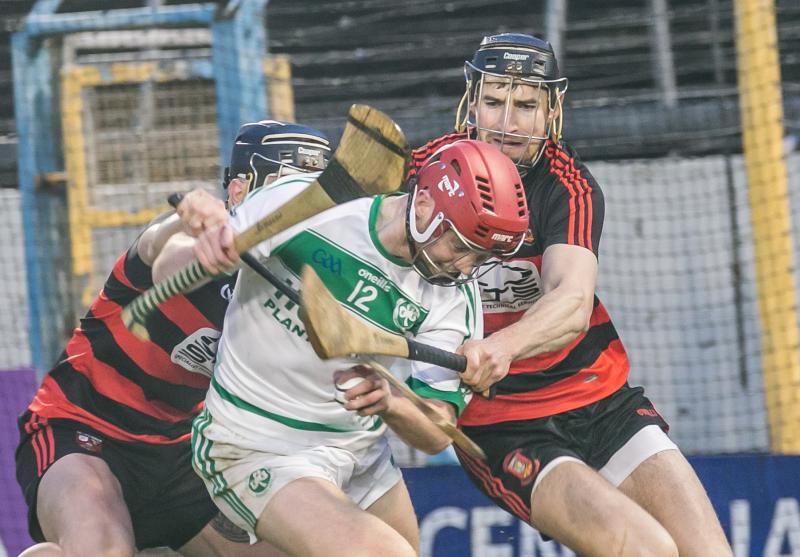 On Sunday the last four standing in the All-Ireland senior hurling championship will be known.
Currently there are six contenders.
They are Munster and MacCarthy Cup holders, Limerick and Wexford (Leinster champs) along with Tipperary, Laois, Cork and, of course, Kilkenny.
The Noresiders made the last eight in 2018, where they lost to Limerick.
The aim is to go at least one better this time, and to do so Brian Cody’s men must beat Cork in the All-Ireland quarter-final in Croke Park on Sunday (2pm).
The second quarter-final is between Tipperary and Laois, also in Croke Park on Sunday (4pm).
Limerick next
The winners of the Kilkenny/Cork tie play Limerick in the All-Ireland semi-final in Croke Park on Saturday, July 27 (6pm), while the second semi will be played the following day.
As in any game in the championship, getting the better of Cork will take some effort.
But the Cats are not without hope following a belter of a provincial final against Wexford.
What was a tight match was decided by a late Wexford goal from a penalty. For long, long stages the game looked like being decided by a goal, and that was how it turned out.
And when it was all over, a wides count of 12-3 against Kilkenny, plus a bit of panic when they chased a late goal when chances for points were there from frees, left them with plenty of scope for the ‘what might have been’ story.
Despite the loss, Kilkenny played well. Their play was full of fire. They were creative, as the wides tally would suggest on top of a score of 0-23.
How Kilkenny will react to that defeat is no mystery. They will come out on Sunday with all guns blazing. That is the Kilkenny way, and especially so under the watch of master motivator, Brian Cody.
The Leesiders warmed up for the big shoot-out with a resounding 1-40 to 0-20 win over Westmeath at the weekend.
Obviously their sights are in because that points tally was a record.
John Meyler’s men were unlucky losers against Limerick in the All-Ireland semi-finals 12 months ago, when late injuries contributed to them surrendering a six point lead before being beaten in extra-time.
Motoring
Cork are motoring nicely again, but remember, they finished third in Munster, behind Limerick and Tipperary.
One of the surprise results in the province was Clare’s last round win over Cork, because they were out of contention at the time.
That defeat has to be an unsettling thing in the background for Cork, who, in a general sense, are reckoned to be solid at the back without being brilliant while they are deadly dangerous up front.
The Cats are not too bad in that department either, as previous scores of 2-23, 3-22 and 0-23 - with 12 wides - would suggest.
All indications are that we are in for a high scoring game.
In two previous meetings in the National League this season, the honours were shared, one win each.
This is the first meeting in the championship between the counties since the 2013 All-Ireland quarter-final, which Cork won by five points in Semple Stadium.
July 14 is early to be finished in the championship, but that’s the fate that awaits two teams in Croke Park on Sunday. Extra times will be played to decide a winner on the day.
Right now Limerick look the champions in waiting, but this championship has thrown up a fair number of surprises.
It’s not finished yet, not by a long shot. Kilkenny can make it through.
HOW CORK GOT HERE
Tipperary 2-28, Cork 1-24
Cork 1-26, Limerick 1-19
Cork 2-30, Waterford
Clare 2-23, Cork 2-18
Cork 1-40, Westmeath 0-20
Played 5; Won 3; Lost 2.
Top scorers - Patrick Horgan 4-52 (0-38 frees); Seamus Harnedy 1-14; Alan Cadogan 1-14; Conor Lehane 0-9; Darragh Fitzgibbon 0-9.
LAST FIVE CHAMPIONSHIP MEETINGS
2013 - Cork 0-19, Kilkenny 0-14 (All-Ireland quarter-final)
2010 - Kilkenny 3-22, Cork 0-19 (All-Ireland semi-final)
2008 - Kilkenny 1-23, Cork 0-17 (All-Ireland semi-final)
2006 - Kilkenny 1-16, Cork 1-13 (All-Ireland final)
2004 - Cork 0-17, Kilkenny 0-9 (All-Ireland final)
EIGHT TIMES
Kilkenny have been in eight previous All-Ireland quarter-finals, winning five, drawing one and losing two in 2018 and 2013.
2018 - Limerick 0-27, Kilkenny 1-22
2013 - Cork 0-19, Kilkenny 0-14
2012 - Kilkenny 4-16, Limerick 1-16
2006 - Kilkenny 2-22, Galway 3-14
2005 - Kilkenny 0-18, Limerick 0-13
2004 - Kilkenny 1-11, Clare 0-9 (replay); Kilkenny 1-13, Clare 1-13 (draw)
1997 - Kilkenny 4-15, Galway 3-16
CORK’S HISTORY
This will be Cork’s tenth appearance in the All-Ireland quarter-finals, having won six, drawn one and lost two of the previous nine.
2015 - Galway 2-28, Cork 0-22
2013 - Cork 0-19, Kilkenny 0-14
2012 - Cork 1-19, Waterford 0-19
2010 - Cork 1-25, Antrim 0-19
2007 - Waterford 2-17, Cork 0-20 (replay); Waterford 3-16 Cork 3-16 (draw)
2006 - Cork 0-19, Limerick 0-18
2005 - Cork 1-18, Cork 1-13
2004 - Cork 2-26, Antrim 0-10.
First semi since 2016
Kilkenny are bidding to reach the All-Ireland semi-final for the first time since 2016. Their last All-Ireland success was scored in 2015.
* Cork are bidding to reach the semi-final for a third successive year.
* Cork and Kilkenny met twice in this year’s Allianz League with each winning once.
Kilkenny won in the opening series of 1A games while Cork later won by 2 15 to 1-16 in a play-off to decide which groups the counties would be in next year.
*Brian Cody has led Kilkenny in seven championship meetings with Cork over the last 20 years, winning four and losing three.