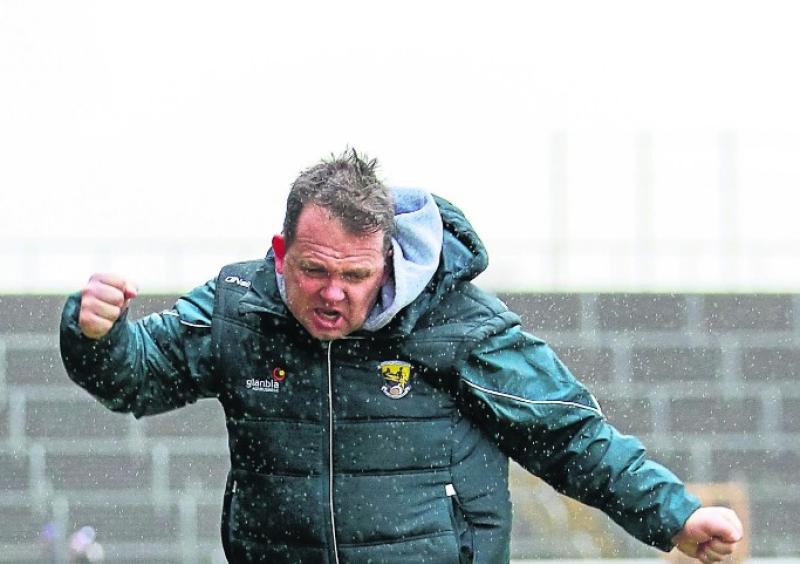 The 63rd minute goal Wexford scored from a penalty was the decisive moment in Sunday’s Leinster hurling final, Brian Cody insisted.
The Kilkenny manager said the game never got away from Kilkenny, insisting when asked: “The game was finely balanced all through and a goal was going to be a huge score.
“Wexford got the goal and that had a huge influence on the outcome.”
When it was put to him that Kilkenny shot 12 wides against Wexford’s three, his reply was curt: “That told a certain story”, but he didn’t expand on the comment.
“I thought the players fought to the bitter end. They never stopped giving everything. They kept going and kept going.
“Like I said, the goal was a huge score. Then it came from a penalty. We had just scored a very, very good point before that and Wexford came up the field and got a goal.
“That certainly was a big score. The game could have gone either way. It went Wexford’s way, and that was it.”
He said Kilkenny will drive on now and get ready for the quarter-final against Cork or Westmeath on Sunday week in Croke Park (2pm). There would be no hard luck stories.
“It was a one score game at the end of the day,” he added. “The players worked very hard. They played with great determination right through and played very, very well.
Great hurling
“They produced some great hurling, but came out on the wrong side of things. It is the Leinster final. We would love to have won it, obviously.
“We leave today in the All-Ireland quarter-final of the championship, and that is the most important thing now.”
When it was suggested Kilkenny’s performance was strong, he suggested he expected nothing less from the players.
“Whenever you go out you look for more,” he said of what was Kilkenny’s best showing of the season. “The players themselves would look for more from themselves.
“That is the nature of sport. When you lose you go out the next day and try to get to another level to try and get a win.
“This is a very competitive championship. The next day is going to be at least as difficult, if not more difficult.”
He said it was very doubtful if there would be other players ready for action the next day. Cillian Buckley, who played in the drawn tie against Wexford three weeks ago and was named in the starting team for Sunday but didn’t start, was being assessed.
“Injuries are part and parcel of sport,” Cody continued. “They have been there all year and things are not going to change too much.
“The quarter-final is more about how we play ourselves more than who we play against. We have to get ready to produce a big performance.”
Wexford manager, Davy Fitzgerald, revealed that his players more or less had to learn off sequences of plays during the development of their system of playing.
And on Sunday it all came right for them.
“What means a lot is that the players listen to stuff you ask them to do,” he offered when asked what winning meant to him. “I have asked them to do pretty intricate stuff.
Stuff to study
“We have an amount of stuff they have to work on and study. They have done it. Now it comes as second nature to them.
“Now they don’t need to think about it. Now it just happens for them.
“But there was a lot of stuff they had to learn off and they did it. They got their reward today for all that work.”
He smiled when he said there would be a lot of happy people in Wexford for a while.
“This bunch have given everything,” the former Clare star continued. “All year we kept coming back when we were down in matches.
“It is important to continue with the stuff we are good at, and not to go away from our system. Some people don’t like our system.
“Keep doing what you are good at. That is what we did. The players remained focussed at all times.
“We were down three or four times, but the players kept going. I am very proud of them.”
When asked about the All-Ireland semi-final he drew a breath and suggested: “Whatever way the talk goes now I don’t care. We will enjoy this and let the people of Wexford enjoy it.
“Later we will get down to the business of the next match.”
He revealed that all afternoon Wexford were trying to get a run at the Kilkenny backs, and they couldn’t.
“We found it hard to get the channels we wanted. We eventually got one,” he said of the 63rd minute move that led to the winning goal.
“That was one of our game plans, to try and get in and run at them.”
The congestion in the middle third of the field was unreal.
“I don't care now,” he beamed. “We came out on the right side of the result.”