After Titanic struggle against Cork, mighty Limerick now appear on the horizon 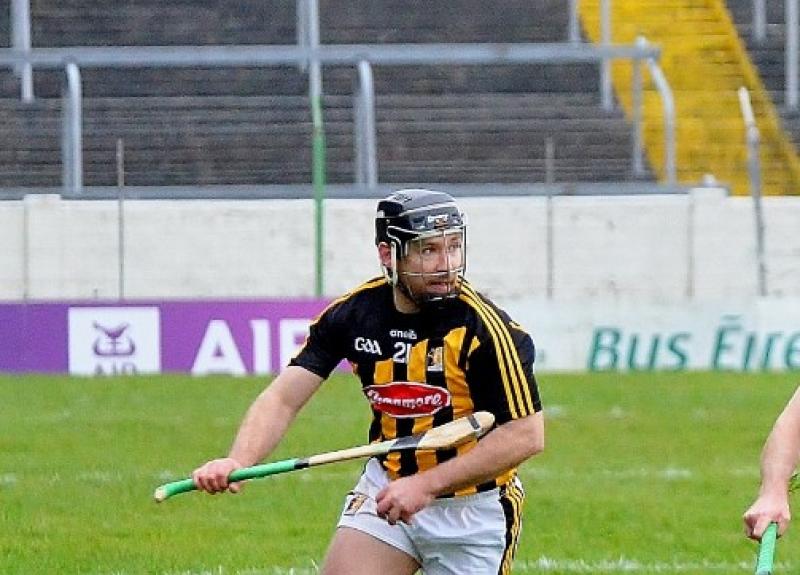 Richie Hogan made a very strong return to the Kilkenny team

Kilkenny survived a Titanic tussle in Croke Park on Sunday, but the challenge presented by mighty All-Ireland champions, Limerick in the senior hurling championship semi-final will be even greater, Cats boss Brian Cody insisted.
The big shoot-out will be at GAA headquarters on Saturday week (6pm), with the winners facing either Tipperary or Wexford in the final, but the improving Noresiders are looking forward to the challenge.
“We are in the semi-finals and we are very happy,” insisted Cody, who will be leading the troops in his 18th semi. “We know we are playing the best team in the country, the All-Ireland champions. Limerick followed the All-Ireland win by winning the League, and their form in the Munster final was exceptional.
“They are the strong favourites to come out on top, not only the next day but beyond that. That is a terrific challenge to be facing.”
The manager of 20 years said Sunday’s game was all about winning.
“I said the last day, having lost the Leinster final, that really we were in the same position,” the former star defender continued. “We didn’t get the trophy, but before the last day’s match, you had to win one game to get to the All-Ireland semi-final.
“Before today we had to win one game to get to the semi-finals. We have done that. It is a nice place to be.”
He said Kilkenny were acutely aware of the threat of the Cork full-forward line, indeed their entire attack, and the entire team took on the challenge of coping with that.
“Your defence starts at the other end of the field because it is a whole team thing, a whole 15 thing,” the boss insisted. “Without the application of everyone throughout the field it would have been very, very difficult. What I will say as well, some of our players did have a tough enough time, early on in particular.
“But they showed real character, real resolve and real honesty and genuineness. They didn’t drop the heads. They kept going to the very end. They are serious players. We know that.
“Again, the application of the players throughout the field, and the panel, the players coming off the bench, was a heroic. I was delighted with the impact made by the subs. We always talk about our panel.
“Maybe some players didn’t get enough game in other games, but we are acutely aware of the quality that is there by watching what is going on in training; the form being shown, the intent that is there.”
He felt things worked out well for Kilkenny, and he described Cork as a top team.
“It is so, so difficult to counteract them because when they get going their play just flows,” he added. “You have to adapt to whatever is put in front of you. That was the team that was in front of us today.
“The players took on the challenge, and we got the reward. The reward is we are still in the championship. We have a huge challenge ahead of us, but that is the way sport should be.”
Richie Hogan early second half goal was a big score, he felt. Kilkenny went out in the second half to lift things and lay down markers. Hogan’s goal gave everyone a lift, and it sparked a good period for the Cats.
“That game tested everyone,” Cody insisted. “After shooting eight points in-a-row we were in a very good position. Suddenly everything changed. The lead was back to two or three. That is hurling.
“You can never rest on your laurels. Any lead can be wiped out quickly.
“That was a test of character, honesty and the ability to cope for the players. Thanks be to god they stood tall and came out on top.
“The players are ferociously intent on trying to improve. They are top class hurlers. That is the key to everything. Now they have another day to try and do even better.”