No matter what the setbacks, you get up and drive on, insists Kilkenny's Paddy Deegan 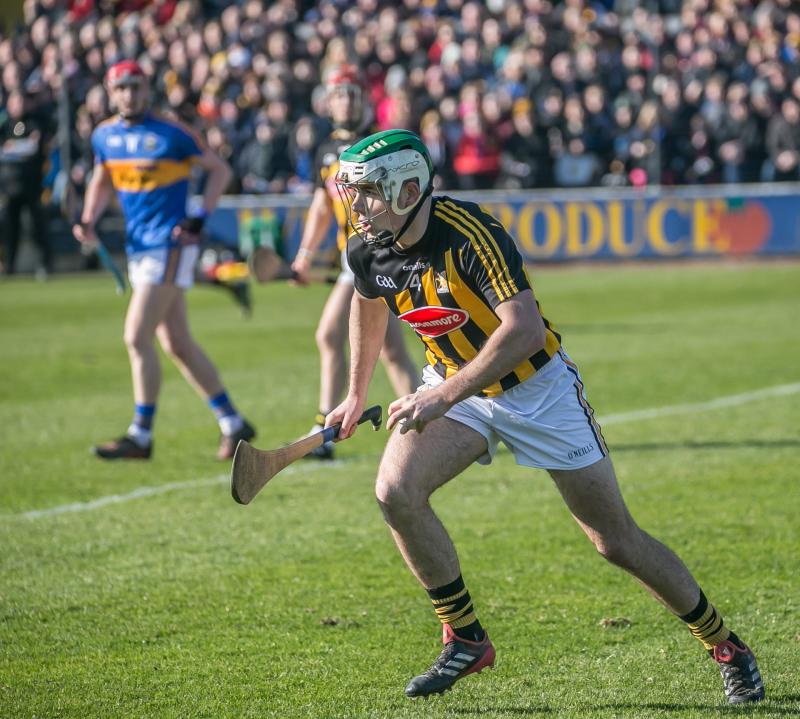 The life of a senior hurler can be a frenetic one – a ‘blink and you’ll miss it’.
Paddy Deegan has experienced the condensed nature of the game. While there have been ups and downs along the way, the O’Loughlin Gaels man has had no problem keeping his focus.
“The games are coming thick and fast, so you don’t get that time to settle down and dwell on things too much,” he said. “We didn’t have the most successful League campaign this year, which we were massively disappointed with, but we quickly picked ourselves up and moved on the championship. It’s hectic, but we’re enjoying it.”
It hasn’t all been plain sailing for the Cats this year – or Deegan for that matter. Things looked bleak when injury forced him out of the round robin game in Wexford Park, but he refused to be downhearted.
“I went up for a ball and came down awkwardly on my ankle,” he said, reliving the night of a pressure-cooker atmosphere in Wexford. “It was sore when it happened, but it’s all good now. There was no danger of a long-term injury; you always think positive in that sense, so thankfully it turned out to be that way.”
Fears were that it was serious injury, so to bounce back in time for the Leinster final was a huge boost for the O’Loughlin Gaels man.
“It was nice to get back inside the two weeks, but that was met by the disappointment of losing to Wexford in Croke Park,” he said. “Like every game you go out as a team to win and if you lose it’s massively disappointing. However, the games come so thick and fast you have to pick yourselves up straight away and move on.”
Move on they did, sweeping Cork aside with a most impressive performance in the quarter-finals. That victory set up a meeting with Limerick, the side who have been in the spotlight for the last 18 months or so.
“You keep an eye on every team – you never know who you’ll meet along the way – but Limerick have been performing well,” he said. “They’re a very strong team. They’re All-Ireland champions for a reason and we know we’re facing a tough game.”
This is the third year in a row that Kilkenny have met Limerick in the championship, a change from previous years (they only met four times in nine years between 2005 and 2014, - that 2005 quarter-final was the first game between the counties since the 1974 All-Ireland final).
Treaty Threat
That resurgence from the Treaty County means Kilkenny know all too well the threat Limerick possess.
“They’re a very strong physical team, but we have to focus on our own game,” he said. “We’re looking forward to Saturday.”
The form Limerick have shown in recent years mirrors the run Kilkenny enjoyed in the last decade, with the four-in-a-row team. Is it sheer luck for a county to find a talented crop or more to it?
“It’s hard to know,” he said. “If you look at Galway a few years ago they would have had a team that was together all the way up, but they’re going well. They showed it in the Munster final, motoring on through Tipperary, so it will be a big challenge when we meet in the semi-final.”
Limerick have enjoyed a winning run in the trophy stakes, something which has seen their stock rise.
“They’re going very well – they’re All-Ireland, League and Munster champions – so it’s going to be a massive test,” said Deegan. “We’ll be looking forward to it.”
And Kilkenny can look forward to that game with renewed vigour in the panel. The return of Eoin Murphy and Richie Hogan has been tempered with the promising form of some of younger players.
“It’s set up for a big game,” he agreed. “Everyone is coming back from injury at the right time, while you also have the lads on the extended panel pushing for places. Everyone is fighting for a jersey, something you’ve seen with the way the team has changed in the last few games. The competition is massive. It’s great to have it there to push you along.”
And the younger players have been ready to step it up too.
“It’s a whole panel job – maybe even as much as 30, 40 players,” he said. “It’s about being there to drive each other on, but we look forward to each game. The competition for places is as fierce as ever.”