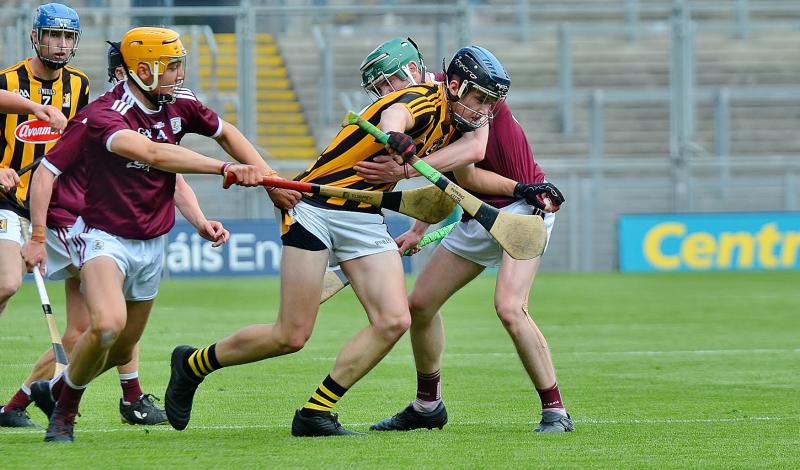 Billy Drennan has been enjoying a good season with Kilkenny

Kilkenny will go with the team that performed admirably during the second half when losing to All-Ireland champions, Galway last time out for Saturday’s All-Ireland minor hurling championship semi-final against Munster champions, Limerick.

Two goal hero, Ian Byrne and driving wing back, Zach Bay Hammon were sprung from the bench at half-time against Galway, and they helped inspire an all but amazing fight back by the Cats. The pair have been retained for Saturday’s semi.

At one time during the first half the Tribesmen were 12 points clear, and the outcome seemed a mere formality. However, Kilkenny produced a storming second half during which they drew level at one stage, but they were beaten in the end by three points, with Byrne and Bay Hammond very prominent in proceedings.

Kilkenny have a new midfield partnership of Liam Moore and James Aylward.

The size of the losing margin saved Kilkenny’s season and edged them through to the semi-finals with Galway from a three-way All-Ireland quarter-final qualifying series that also involved Clare.

“If we can reproduce our form from the second half against Galway we will have a real chance,” insisted Kilkenny manager, Richie Mulrooney, who hailed unbeaten Limerick as a class outfit.

The minor match will be the curtain-raiser in Croke Park on Saturday (4pm). It will be followed by the senior game between Kilkenny and Limerick (6pm).

It is expected the Kilkenny senior team will be announced tomorrow evening.