Players have to have it in them to work, work, work insists Cody 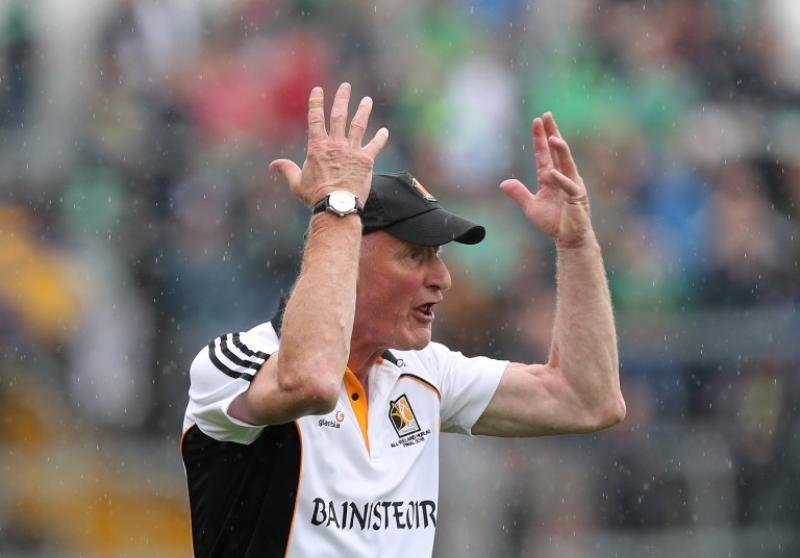 Kilkenny hit, or went very close to hitting a new high in terms of work-rate, ferocity and commitment in Saturday’s sensational All-Ireland semi-final victory over defending MacCarthy Cup champions, Limerick, but that is what is expected from the players.

The players perform with such intensity because the desire is in them to be the very best they can be insisted Kilkenny manager, Brian Cody, when asked how his charges consistently show such consuming desire during games.

“It is either in a fellow or it is not,” said Cody, who managed the Cats to their 16th All-Ireland semi-final success on Saturday, and eleventh in-a-row.

“You can’t send out a fellow you know in your heart and soul will not do that.

“The basic thing is you go out with a total honesty first of all. The players are in the county panel first because they are good hurlers and they have plenty of skill and all the rest.

“Then it is the application and honesty they bring, and the sense of team they bring,” he continued.

“Limerick are living proof of that in the way they won the All-Ireland last year. They oozed that. We have done it over the years as well.”

He insisted at the start of the year, even when things were not going well for Kilkenny, that he had  huge confidence in the panel.

“I know we had huge injuries, but I continued to believe,” he insisted. “I still do because they are very, very honest.”

But, it was suggested, no one ever gets above Kilkenny in the effort stakes?

“I would never feel that,” he replied. “We keep our feet on the ground. The only thing we would ever like to think is that we go out and work very, very hard.

“We have to work at all times to stay competitive. That is our ambition every time we go out.”

The James Stephens clubman, who has already guided Kilkenny to 11 All-Ireland wins, said the prize for the victors on Saturday was huge.

“We knew the opposition was serious, outstanding All-Ireland champions from last year, plus National League champions,” he said when he painted the pre-match picture.

“We came up to first of all to be competitive to give ourselves a chance. It is massively satisfying to win,” he insisted.