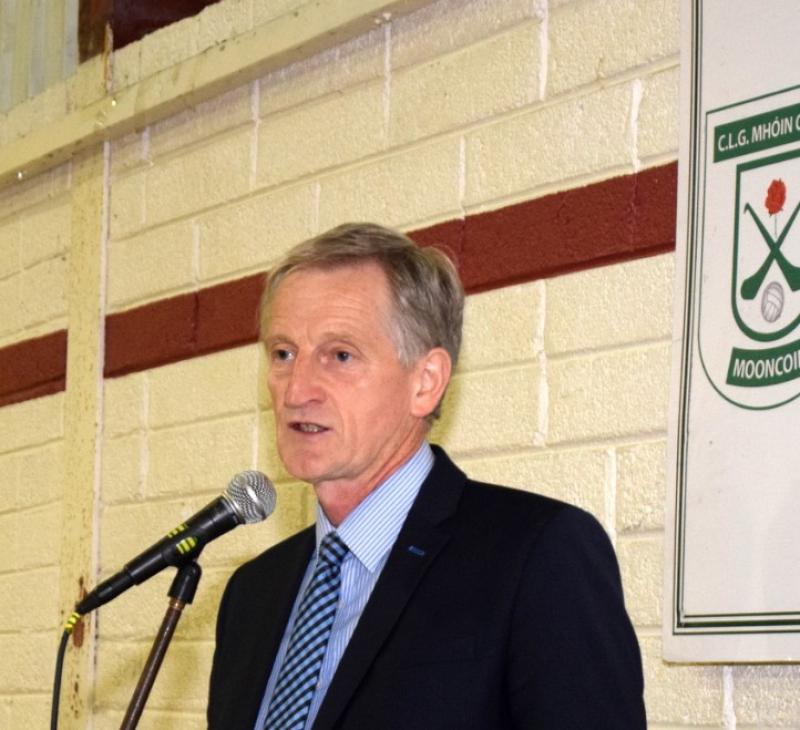 All bar nine clubs will have players involved with the two Kilkenny squads contesting the All-Ireland hurling finals in Croke Park on Sunday.
This may be the first time for the county to be involved in the All-Ireland senior final in an August setting, but the enthusiasm hasn’t waned one iota.
“This is a fabulous time for Kilkenny, the clubs, the people of the county, and hurling,” insisted delighted County Board chairman, Jimmy Walsh, who is working on his first final as chairman, although he was through the experience when secretary in the past.
“Being involved in the final is a huge community event for Kilkenny,” he added as the 'Board Executive put the finishing touches to things before Sunday's Croke Park showdowns against Tipperary (senior) and defending champions, Galway (minor).
“It is great to be part of it all. Being at home looking at the All-Ireland final would be a poor second to all of this.
“Everyone wants to be in the thick of things, part of the action. It is great for players, for parents, teachers, schools, clubs and so on.
“The players have come through thanks to the work of countless of unknown people. All bar nine clubs have a player or more involved in either Brian Cody’s or Richie Mulrooney’s squad.
“That statistic reflects well on the work being done at all levels, at the support players get at all levels.
“All that will drive on the next generation.”
He said youngsters were starting to play hurling at the age of five or six now, which was six or seven years away from their first proper championship game.
“That is nice to see,” the Windgap club official continued. “It shows the love that is there at all levels for the game. All the work being done out there is paying off.”
The chairman explained that the All-Ireland was a busy, busy time, but it was a fabulous time for Kilkenny.
“It might not be the traditional first Sunday of September slot, but so what, being in the final is where everyone involved in hurling wants to be,” he insisted.
Having the final in August may have caught out a lot of families who might have holidays booked, but still the demand for tickets was huge.
“It is great, maybe a bit unexpected, that we are in the final, but we are thrilled,” he insisted.
Short turnaround
There was a short turnaround between the semi-final and final and there was a huge amount of work for the County Board to do, but everyone working behind the scenes threw themselves into the task.
“We met two hours after the Limerick match (semi-final),” the chairman explained. “The templates were taken out and the County Board Executive and members of the Supporters Club swung into action.
“The amount of people who worked behind the scenes, a lot of them putting in massive hours every day, deserve our huge thanks.”
A Golf Classic organised last week attracted 50 teams at short notice.
There was a fabulous response from the business community to the Corporate Dinner and the quiz on KCLR last night attracted huge numbers.
“What the players achieved this season is absolutely fabulous, and people appreciate it,” the Windgap official said.
“They have improved day in and day out. Even the media got caught out.
“They weren’t so sure we would go so far, but the players and management made magnificent things happen.
Gives a lift
“Being in the final makes a huge difference to the lives of people in Kilkenny. It changes things for people, business people as well as ordinary people and the fans.
“It gives people a lift. Hurling is so much part of the life of Kilkenny and its people. It gives everyone a boost, from grandparents to children and all in between.
“I suppose Tipperary providing the opposition adds to the glamour of it all. They have been our main rivals down through the decades, and they are a bordering county.”
The highest point in the season, he felt, was the All-Ireland semi-final win over Limerick.
“What was outstanding about the semi-final performance was that people were thrilled early on, they were thrilled after 20 and 30 minutes because the team was playing so well,” he reminded.
“A lot of people thought the players would run out of steam in the second half, but they didn’t.
“I don’t know where they got the stamina. They are amateur players who have to be up for work the following morning. It has been a colossal season.”
My wish is for everyone to have a safe day and to enjoy the All-Ireland finals, and hopefully the county will have a big celebration night in the City on Monday.