Camogie: Edwina Keane has lived through the hell of injury, and now she aims to make up for lost time 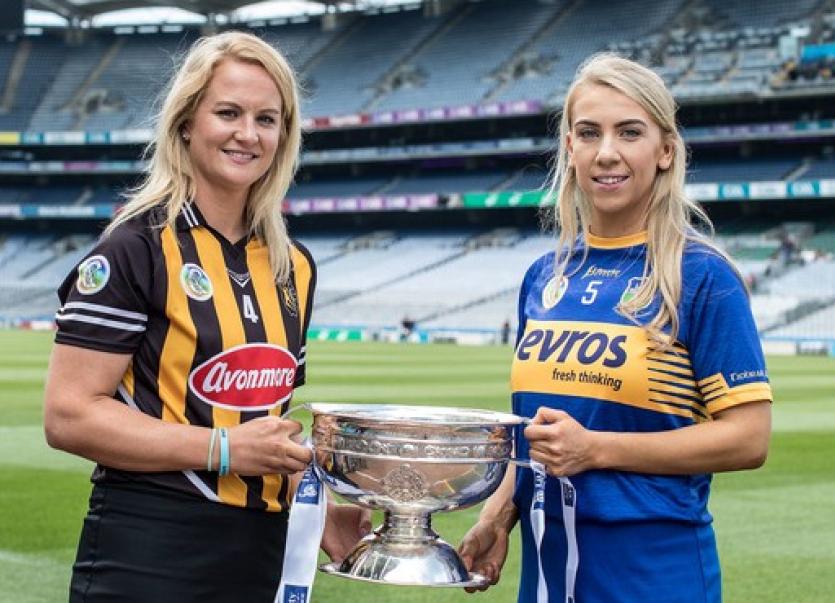 The moistening of the eyes comes as a bit of a shock and seems to take Edwina Keane by surprise too, as she battles the emotion emanating from the memories and continues talking.

It is wonderful to see though, not in a sadistic sense, but as a reminder of the elemental nature and primal yearning around playing camogie and donning the black and amber striped jersey worn by some of the greatest men and women to ever curl their fingers around a hurley. Impossible to quantify and difficult to articulate.

Sometimes, in looking for angles to spice up articles, writers forget about the enjoyment and love of the game that is at its core. Sacrifices? Do it if you want to, don’t if you don’t.

Edwina Keane has always wanted to play camogie for St Martin's (Muckalee) and Kilkenny, winning All-Irelands right through the grades. No-one was surprised when she got called up to the senior panel as a 16-year-old in the summer of 2006, the same year she captained the victorious Noreside squad at under-16 level.

She has long been acknowledged as a rare breed of defender. The tight-marking limpet, with natural strength from a lifetime of farming, that is also ridiculously skilful, having played up front often in her under-age years. The flicks and nicks, blocks and hooks, close touch; sliotar collected and cleared in a flash.

It’s a package that makes her very hard to get the better of.

The yearning is what has Keane back as a key element of the Kilkenny defence, in her 14th season of senior championship camogie, having turned 29 in June and preparing for the Liberty Insurance All-Ireland senior championship semi-final against Tipperary at LIT Gaelic Grounds tomorrow (5.30pm).

When she suffered a second cruciate knee ligament injury in 2017, this most treasured element of her life was threatened. Getting back was one thing. She’d done it before, a decade earlier. But physical fitness didn’t equate to mental readiness.

Kilkenny were going well. Manager Ann Downey doesn’t just throw you a jersey because you were brilliant in the past, even if it was sustained brilliance that brought All-Stars recognition.

You have to graft, but if everyone else is going well, you have to wait. The chance came exactly 12 months ago, when Miriam Walsh missed the All-Ireland semi-final against Galway through injury. Keane got the nod and looked like she had never been away.

Truth is though, that for most of that year, she had been dogged by self-doubt, the glories of the past clouded and lost.

“When I was younger, it never really fazed me” Keane explains. “When you are older you think about everything and your head just gets in the way more than anything. After your injury you think you are not fast enough, you are not fit enough. Everything comes into your mind.

“It was just all in my head that I wasn’t good enough. I had myself talked down. That is when my family kicked in. My other half kicked in. They just kept talking to me and reassuring me. Then just before a challenge match, John was saying ‘just go out and play this challenge match. It doesn’t matter. If you need to cut hands or whatever you have to do, just go out and do it.’

“That game I just went out with that attitude, blanking everything that was after happening. From then things started to change. I started to just get back into my old self again. Without the support base of my family it might have been tough going.

“It was brilliant to finally get back to just playing with freedom. Just go out with the confidence that I know why I am here. I am good enough to be here.”

John Purcell will be Mr Edwina Keane by the end of the year. A hurler with Graigue-Ballycallan, he understands the challenges and the joys; he has been an invaluable support.

There was some heavy strapping on the right knee for the last game against Limerick four weeks ago, but it is nothing to worry about.

“Lucky enough the two knees are back working grand. It is like an old injury from years ago. Put a bit of strapping on it. It could be just all in my head now but I don’t mind as long as it works.”

Downey was a constant source of encouragement throughout the wilderness year, and the comeback one.

This term, the manager has implemented a tactical and structural change to her side, placing less emphasis on protection and more on putting the opposition on the back foot. Anne Dalton is playing in a much more advanced role to stunning effect, with Claire Phelan slotting in at centre-back.

The new system backs the players to win their individual battles, which is fine by Keane.

“There are definitely big changes in how we played since last year, since the last couple of years. It didn’t work on the All-Ireland final day but we won all the other matches to get to that day. We can’t say there was fault in how we were playing.

“This year we were putting Anne up in the forwards. Claire is doing a brilliant job replacing Anne at centre-back. We have built a great positivity in our group. Everyone knows that the person behind them is backing them.

"That sense of confidence and positivity are a massive thing that everyone has just upped this year. It is showing in our last couple of games. But then there is stuff we need to show in our next one, that is the important one.”

She points to Kelly-Ann Doyle, a member of the gang of three recuperating with cruciates along with Niamh Deely and herself a couple of years ago, as a perfect case study for the benefits of the new game plan.

“She was always flying it the past couple of years. But this year every game we are playing she is more and more confident. The Limerick game, she was flying around and trying to break through midfield and gain the first score; something she mightn’t have had the freedom to do a few years ago. She would be a really good example of that.”

Keane has never courted the easy choice. She has just qualified to be a primary school teacher, having gone back to college after a number of years in finance and then given that up to focus on beef farming with her father Eamonn.

In any facet of her life, the philosophy is straightforward. You either want to do it or you don’t. No doubting Edwina Keane’s desire.