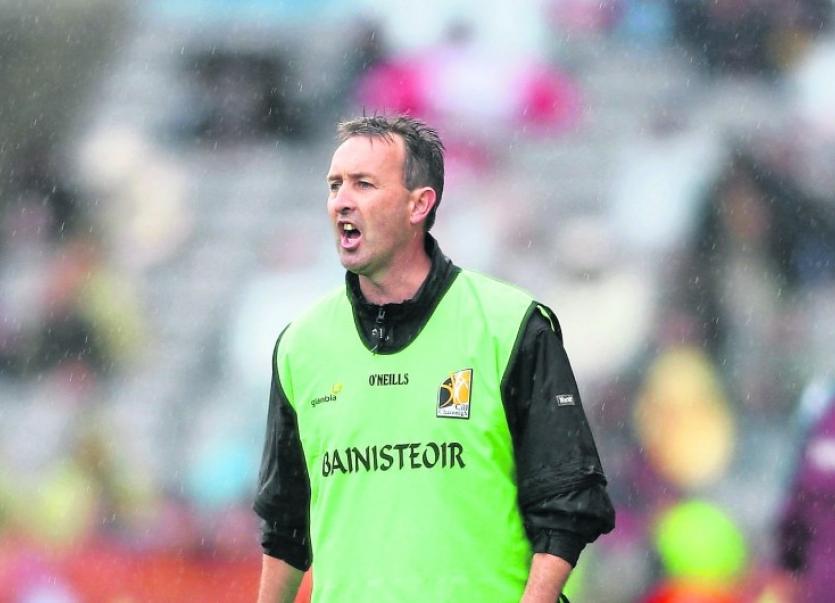 The reference point for those attempting to work out the conundrum is the Round 2 game in the All-Ireland quarter-final qualifier on July 14, Galway versus Kilkenny in Croke Park.
The Tribesmen won by 3-16 to 2-16 having led by 12 points at one stage during the first half, and after being our-hurled during the second when they lost the lead at one stage.
Both teams played like potential champions at different times.
Now the same counties go head-to-head in the All-Ireland minor hurling final in Croke Park on Sunday with both feeling the Irish Press Cup can be theirs.
“It will take a bit of luck and a lot of hard work, but we see it as a 50/50 game,” insisted happy Kilkenny manager, Richie Mulrooney, who has seen an ordinary group of young and eager players blossom into potential champions.
Expecting to win
“We are going to Croke Park expecting to win,” he insisted.
Sunday’s match will be Kilkenny’s ninth in the campaign.
That is a long road, but it is one match less than last year when the Cats fell to an exceptional Galway outfit in the final.
Galway are the force at minor level these times, having snatched three of their 12 titles in 2015, 2017, 2018.
This Galway outfit is a fair detail too. Through the might of Greg Thomas and Gavin Lee in the air and the lovely hurling of the gifted Sean McDonagh they crucified Kilkenny in the opening period of the last clash.
The Cats bounced back brilliantly after the break.
A few shrew switches by manager, Richie Mulrooney and selectors, Adrian Finan, Martin Carey, Sean Kelly and Brián Ryan turned things around.
Defender Zach Bay Hammond was sprung from the bench, as was attacker Ian Byrne, and suddenly the team clicked, with Peter McDonald, Pádraic Moylan, William Halpin, Jack Doyle, Coleman O’Sullivan, Timmy Clifford and keen eyed free taker and main score getter, Billy Drennan all singing a different tune.
Lift off
That was lift off. The next game was the All-Ireland semi-final against Munster champions, Limerick.
Kilkenny’s form soared to a new level. With man of the match, Timmy Clifford the destroyer up front, they simply took Limerick asunder.
“It is great to be in the final,” added Mr Mulrooney by way of confirmation of the long, hard road that has been travelled. “Victory would cap off a great season.”
You see, this group wouldn’t have enjoyed success at national one day under-age tournaments in the past, so expectations weren’t huge, initially.
The selectors decided to start things early and trials were held in November and December 2018 before the start of training on the first Saturday in January.
The early indications were better than promising as the player showed great determination, pace and attitude.
In early challenge matches against Clare in St Flannan’s at the end of January and then one in Pairc Ui Chaoimh against Cork, the signs looked good.
Then weeks later in back-to-back games against Cork and Tipperary in Dunmore, the genie was released from the bottle.
Adjust sights
“Those performances suggested we should start rethinking our ideas as to where this might end up because they played so well,” Richie Mulrooney revealed when he looked back to the start of the talent spotting.
“It was early, but we saw tremendous work-rate, lovely application to trying to play as a team.
“In the game against Cork we created an awful lot of goal chances and took quite a few of them. That gift remained with us all season.
Things looked good
“I actually said to the players in the dressing-room after that tie that we should be thinking about being involved in things at the business end of the season.
“That was all said knowing that we were going to have to try and get out of Leinster, knowing Dublin had a good team and Wexford were strong as well.”

The championship road ahead was littered with victories - over Dublin (0-15 to 2-8), over Wexford (3-13 to 2-15), over Offaly (5-29 to 1-9), over Kildare (2-20 to 0-15) - a hiccup in the Leinster final, Wexford 3-14, Kilkenny 3-10 - over Clare (2-14 to 0-13), beaten by Galway (3-16 to 2-16), before the cracking 2-24 to 0-18 performance and win over Limerick in the All-Ireland semi-final.
“I thought we performed well against Wexford in the Leinster final,” Richie Mulrooney suggested when he retraced a step or two.
“We had 24 shots from play. They had 14. The general perception was that they were a bit slick for us. During the closing 10 minutes we lost our way a bit.
“We regrouped after that. We scored a victory over Clare, when the knack of pinching a few goals was crucial.
“What had happened in the early part of the season with regard to creating goal chances was continuing.”
The wheel came off against Galway in the next tie, the All-Ireland quarter-final qualifying game. Kilkenny were being walloped and they fell 12 points behind at one stage (2-10 to 0-4) in the first period.
The thinking was they weren’t working as hard as they should have been. They weren’t playing the same way as they had against Clare.
Of course, that was Kilkenny’s third game in 14 days - the Leinster final, Clare and then Galway.
The Tribesmen were fresh. Kilkenny were a bit over-cooked.
The selectors made a couple of changes at half time to bring additional pace into the team. They worked well. Subsequently the work-rate was savage.
“The lads learned from looking at the senior team the importance of working hard,” Mr Mulrooney suggested. “We learned from looking at the senior management too.
“If we can say at the end of every match we weren’t beaten for work-rate, then we can be satisfied.”
The knock on effect after that driving second half was unreal. Confidence soared. The action in the following two training sessions was hard to credit.
“The first touch of the players under coaches, Sean Kelly and Brian Ryan, was improving all the time,” said the manager, the principal in Clara national school.
“Confidence is massive, for any player, particularly for young players. We gave them a break until the Thursday after the Galway match.
“That training session was as good as I had seen, and I have worked with five minor squads. The energy about the play was top end. The energy, work-rate, blocking, scoring, encouragement of each other. It was all just fantastic.”
The players bought into seeing themselves as a group like a club team. They have each others back all the time, and they look out for each other, apparently.
“That wasn’t just a one off thing,” Mr Mulrooney insisted. “Their performance against Limerick in the All-Ireland semi-final was very, very strong.
“We on the management team are getting a great buzz out of getting the reaction we have from the young players. It is some honour to be asked to do the job, but to see the group progressing so well as the year went on, bearing in mind the bad turn in the road, has been so rewarding.”
The long and demanding schedule of games is paying off for Kilkenny. The matches are helping the players to develop.
The 2018 Kilkenny group had won the Arrabawn under-16 tournament. They entered the season full of promise, full of hope and did very well.
Unfortunately they were beaten in the final by a very good Galway team.
“This group came from a different baseline altogether, but still they have reached the same place,” the manager said with a smile.
“They are hurling with such expression. The Kilkenny public have taken this team to their hearts. The second half against Galway won them great credit and admiration.
“Without the long campaign the promise being shown by the players now wouldn’t have emerged. The pay back for Kilkenny could be huge.
“The aim is to win. We know how good Galway are. They are a tremendous team. They have big, strong and skilful players all over.
“This final is set up to be a great, great game. It is winnable. Absolutely,” he insisted when he signed off.